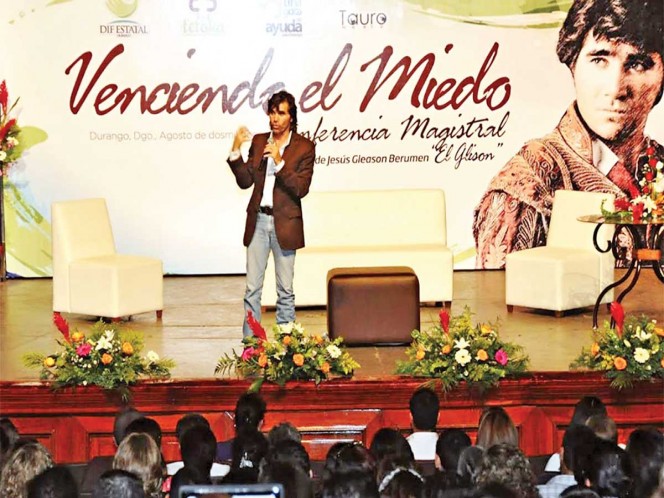 At the age of 60, Jorge de Jesús El Glison appears in Tuzo territory to spread that courage that brought him afternoons of glory and scars in front of the bulls. Understanding modern coaching, the retired matador urges the Pachuca players, time and again asks them to dare.

Marco Garcés, Pachuca sports director, told me that one of the problems that the players had was that they did not dare to shoot, so I insisted a lot, in the conferences, that they dare and that the team was going to be supportive with whom he tried, even if he failed ”, says El Glison to Excelsior, describing the work he does now as a motivator for the Tuzos, who reached the break for the FIFA date with three consecutive victories, the last 1-0 against Tigres, with a great goal from Roberto de la Rosa, a 21-year-old who, as the former bullfighter exhorted, dared to shoot from midfield to beat Nahuel Guzmán.

You have to shoot at goal like when you enter to kill the bull: with your heart, straight ahead and without doubts, ”said the right-hander.

In February 2007, El Glison tried to give life to the poem of his creation Al toro bravo, in which he describes fighting on the beach, a bull alone, without people and in a bloodless way, and the story rolled without problem until came the goring. Recalling those lyrics, the right-hander pointed out that now Hidalgo were his inspiration to create Tuzo bravo, in which he refers to the incessant search for victory.

The first thing I had to do was a conference to earn the respect and credibility of the players, so I compiled videos of myself fighting in various places, I put one of a bull that I fought on the beach, in Zihuatanejo, who gore me, you can see how the blood comes out and I’m smiling, happy because I had managed to do something important, “he describes. “With those images they got hooked and stayed the whole conference, we did it! And I was able to raise the idea of ​​them coming back the next day, and they did!”

El Glison’s career in the arena was full of nuances, in which death knocked on his door frequently and surrender was his banner.

I was on the verge of death: I had very serious goring, such as one with a rupture of the femoral artery and the saphenous vein (in 1987), I could have died, I had a lot of bitter drinks, they were about to amputate my leg because it gave me gangrene ” , recalls. “Those experiences have helped me to be who I am: I have a master’s degree (in integral coaching), I write poetry and that broadens my horizons; You have to give yourself in everything, I learned that: a bullfighter, every afternoon, has to do it ”.

The hectic life of the Coahuilense matador is not limited to the cape and the crutch. In his youth he was a true globetrotter, who did not shy away from challenges. From fishing for sardines and salmon in Mazatlán, while in high school, to ending up on a field trip through Alaska.

As a young man, I was hitchhiking a lot; In Mazatlán I met some gringos, I learned about sardine and salmon fishing, and they invited me to Alaska; When I was 17, I went on a hitchhike, that’s how I crossed the United States and Canada, ”he stressed. He studied as a zootechnical agronomist engineer at the Antonio Narro Agrarian Autonomous, in Saltillo, Coahuila, where he is from, but at age 21 he paused and undertook a trip around the world … Europe, Africa, Israel, India, Thailand, Singapore, Hong Kong … “then I came back and finished the race.”

Then he went to Pamplona, ​​Spain, where he pursued his dream of being a bullfighter and, true to his essence, drew attention for the ancient lots in his repertoire. From there he went on to become a great of bullfighting.

The heterodox sword, who used to fight in a chair, has once again become the center of attention, no longer in a ring, but in a conference room. He says he plans to continue the coaching program until it leads to the league title for the Tuzos. “What I do is liberate, I don’t make them good players, I liberate them from the chains that limit them not to go further. The idea is to continue until we are champions ”.

You can also read: