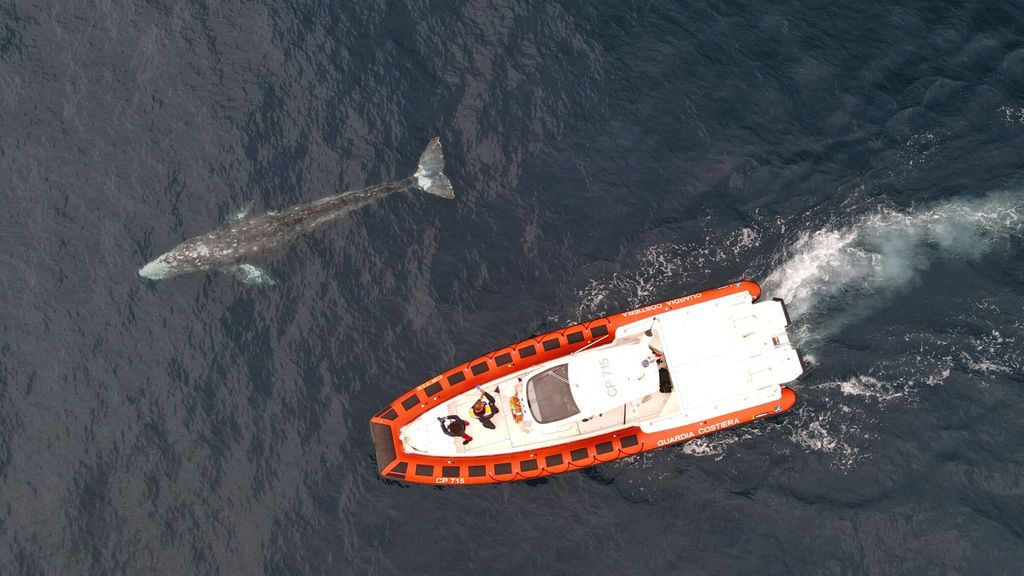 ‘Wally’, a gray whale that only lives in cold waters of the Pacific, has intrigued the sailors of italian waters some weeks. It was seen among the waves of the Ligurian Sea, which caused a mixture of interest and concern to biologists because, according to the records, this species ceased to exist in the world a long time ago. Mediterranean. So how did you get there? According to his conclusions, he would have traveled from Alaska.

Due to its length, just 8 meters long (very little for the gray whale), expert observers deduced that it was a calf of no more than one year. Initially, the hopeful hypothesis was raised that perhaps he had returned to the Mediterranean to stay, as part of his migratory routine.

However, it was soon discarded and its origin began to be studied and how it could have come from thousands of kilometers away.

‘Wally’ came from the Arctic

As published by the Italian newspaper ‘Corriere della Sera‘, the biologists who are studying the case of the young whale have concluded that it could travelra through an ice-free passage in the Arctic Circle, thus accessing the Atlantic and, later, to the Mediterranean.

This theory is the result of many drone observations from the Tethys scientific association and through telemetry surveys conducted with the Coast Guard.

“The area in which it was sighted during its most recent movements includes the entire Pelagos Sanctuary, where cetaceans of at least eight species live, including whales and dolphins. But not the gray whale, which is currently only in the census of the Pacific ”, published the Italian media.

But this does not detract from the concern of the case of ‘Wally’: the underwater images show it extremely thin.

“Wally has been in the waters of the Mediterranean since at least March, when the first sightings were recorded off the coasts of Morocco and Algeria,” he continues. From April it was seen in Italy. It does not seem to be afraid to approach the coast and it does not hide from boats either. Most likely, you are trying to find food near the surface.