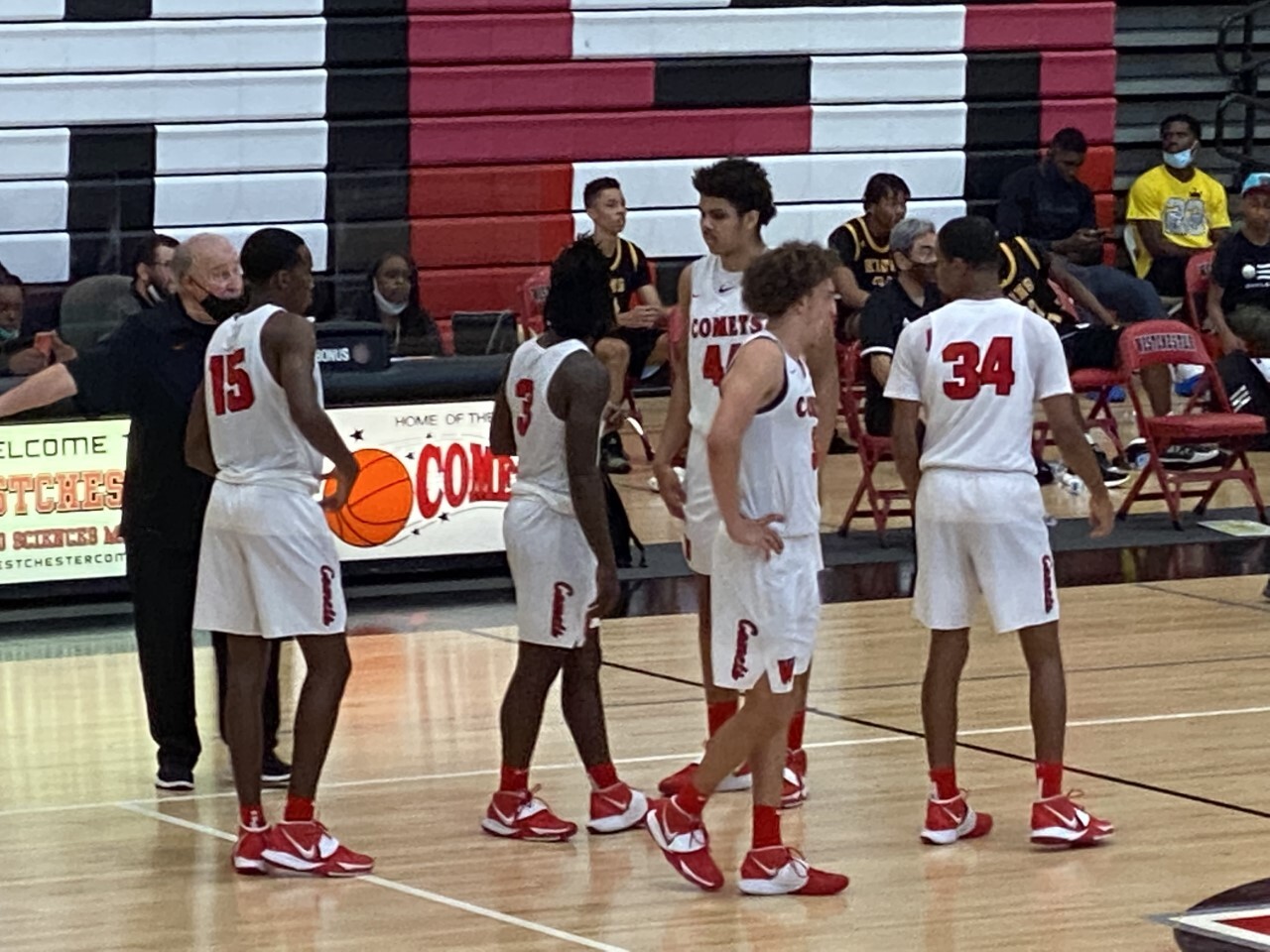 With 19.1 seconds and one point behind in a Westchester High gym that has 15 City Section championship posters hanging on the wall, King / Drew coach Lloyd Webster called a timeout. A basket would send the Golden Eagles to the City Section Open Division championship game.

“We had them where we wanted them,” Webster said.

The ball was sent to star guard Kalib LaCount near the baseline under pressure from Westchester’s Zion Sutton. The ball went out of bounds.

That was the last chance for King / Drew to defeat the number one comets. TJ Wainwright hit two free throws after a foul. King / Drew was called for an offensive foul with five seconds left. Then Webster took a technique and Wainwright made two more free throws for a 59-54 victory.

“He’s done a great job, especially with just six games,” Westchester coach Ed Azzam said of Webster, whose team is 5-1 on the season. “I would hate to play with them after 20 games.”

Webster said, “It’s hard to win at the Westchester gym.”

Westchester is 11-0 and will try to give Azzam a 16th City title Saturday night at home against Lake Balboa Birmingham, which rallied from a 19-point deficit at halftime to defeat Fairfax 78 -74 in the other semifinal. David Elliott scored 25 points.

Wainwright led Westchester with 20 points. LaCount scored 25 points for King / Drew and Kosy Akametu added 17. Westchester scored at least 15 baskets via turnovers or wide players against the not-so-effective King / Drew zone. Despite that lead, the Comets were taking too many outside shots, according to Azzam, and lost an eight-point lead at halftime.

“It’s good that I was wearing a mask so you couldn’t read my lips,” he said.

Westchester players know another city title for Azzam would put him in a draw with Crenshaw’s legendary Willie West in most championships at age 16.

“That’s what we have in mind to get that ring,” Wainwright said.

In the championship games of the South Section:

KJ Simpson, who was heading to Colorado, took over in the fourth quarter to help West Hills Chaminade off the road to defeat Mission Viejo Capistrano Valley 53-49. He finished with 26 points, including 15 in the final eight minutes.

“He just took over the game,” coach Bryan Cantwell said of Simpson, who had 12 rebounds.

Chaminade won his first title since 1999, when Cantwell was an assistant on the team. He also has his son on this year’s team. “It’s just amazing and a lot of fun,” he said.

Harvey Kitani enjoyed great success in making Fairfax a City Section power until his retirement from teaching and has now led Rolling Hills Prep to fame. His teams have won four titles in five seasons.

Irvine Crean Lutheran was left with a 68-58 victory over Agoura. Koat Keat finished with 22 points.