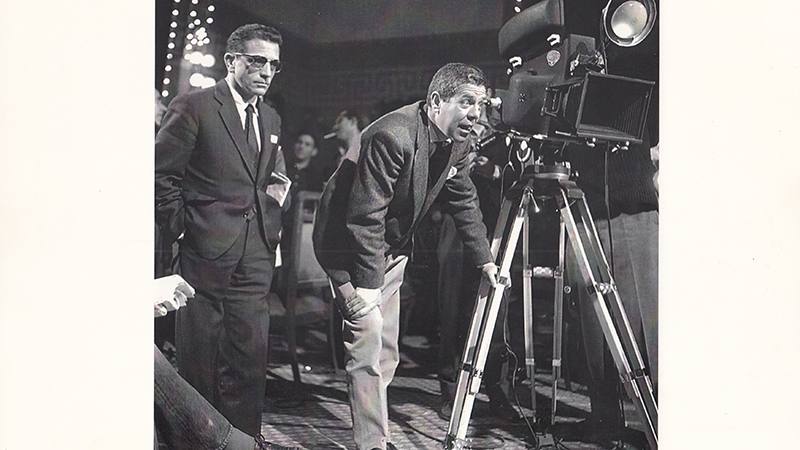 Luis Garcia Berlanga would have turned 100 on June 12 and RTVE celebrates this weekend the anniversary of this unrepeatable filmmaker with films, documentaries and special content in ‘History of our cinema ‘, ‘Neighborhood Cinema ‘ e ‘Essential’. RNE will pay tribute to you in its magazines and film programs and in RTVE Digital there will also be a memory for the filmmaker.

‘History of our cinema’ will celebrate on Friday the 11th ‘100 years of Berlanga’ with two of his masterpieces, ‘The heifer’ (1985) and ‘Placido’ (1961). Participating in the colloquium will be the actor José Sacristán, one of the protagonists of ‘La Vaquilla’, which he repeated at the director’s orders in ‘Todos a la prison’; Manuel Hidalgo, co-author of ‘El Último Austrohúngaro. Conversations with Berlanga ‘; and Carlos Heredero, historian and film critic.

‘Neighborhood Cinema’ will broadcast on Saturday 12 ‘Long live the bride and groom’ (1970), the first color film directed by Berlanga. Alaska will talk about his career with the actor and director Santiago Segura, who worked with him on his last three plays: ‘Todos a la prison’ (1993), ‘París Tombuctú’ (1999), and the short ‘El Sueño de la maestra ‘(2002).

‘Essential’ closes on Sunday the 13th this tribute weekend with one of the highlights of its season: ‘Luis García Berlanga, the Austro-Hungarian feeling of life’. This documentary is presented as a self-portrait of the filmmaker, told through his own words and his films, some of the best known and most significant in Spanish cinema, such as’ Welcome Mr. Marshall ‘,’ Plácido ‘,’ El verdugo ‘or’ The National Shotgun ‘, supported by the testimonies of some of those who worked closely with him. A documentary by David Herranz and Alberto Bermejo, RTVE’s own production.

Space ‘Movie days’ This week closes the tribute that he has paid in his latest programs addressing the Berlanguian universe and its actors, an essential part for the construction of that term.

The centenary, in RNE

The program ‘From movie’, with Yolanda Flores, will take place on Saturday 12 the Carmen Thyssen Museum in Malaga on the occasion of the film Festival from the Andalusian city, which pays tribute to the unforgettable director. The space will feature Luis Alegre, organizer of this meeting and great connoisseur of the figure of Berlanga, and with some of the guests in this well-deserved tribute.

‘It is not an ordinary day’ will interview his youngest son, Fernando García Berlanga, and the journalist and historian Miguel Ángel Villena, author of the book ‘Berlanga’. Life and cinema of an irreverent creator.

‘No matter what it takes’, will join this celebration on its Friday show. The same day, ‘RNE documents’ will issue ‘Luis García Berlanga: the film of his centenary’. With script of Samuel Alarcon, develops a documentary sound film based on the filmmaker’s work. A tour with specialists and people very close to the filmmaker.

In Radio 5, special of ‘The morning of Radio 5’ from Peñíscola (Castellón), a town that served as the setting for ‘Calabuch’ (1956) when it was a small fishing village. It will have the presence of its mayor, Andrés Martínez; the filmmaker and family friend Rafael Maruenda and fellow countrymen who acted in ‘Calabuch’ and in ‘Paris-Timbuktu’ (1999), which was partly shot there. ‘The cinema that comes’, the Radio 5 film program, will also be held from Peñíscola and in the company of Fernando G. Berlanga, and other experts in his cinema.

The public broadcaster will extend the centennial celebrations beyond June, and, in collaboration with Spanish Film Library, will produce and broadcast different radio adaptations of a series of texts by maestro Berlanga.

All this programming can be followed through the RTVE website, in which you can enjoy a special report, made from the Malaga Festival, with the participation of actors and directors who will talk about cinema and the figure of Berlanga. The video will also be published ‘Berlanga told by Berlanga’, in which we will know five aspects of the director told by himself ‘.