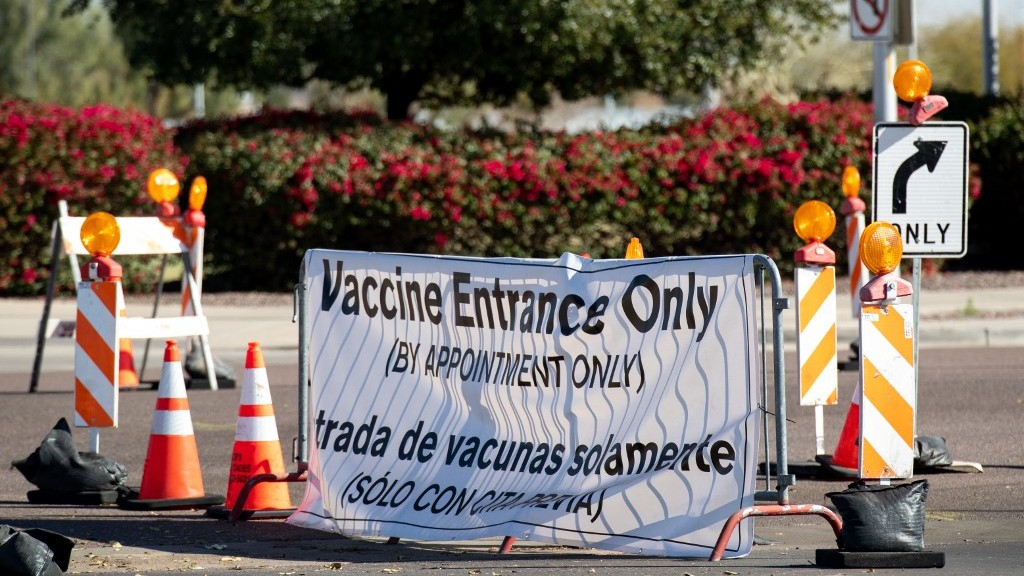 The vaccination campaign in the United States, the country most affected by the coronavirus epidemic, is accelerating on Friday with the possibility for Americans to receive a dose of the vaccine in thousands of pharmacies across the country.

US President Joe Biden on Thursday announced the purchase of 200 million additional doses of Covid-19 vaccine, which should allow the United States to have enough doses by the end of July to vaccinate the vast majority of the population .

“We are now on track to have enough doses for 300 million Americans by the end of July,” the US president said Thursday, the figure for the entire US adult population.

In addition to these massive purchases, there is the distribution of vaccine doses on Thursday to some 6,500 pharmacies in the country, where Americans are used to getting vaccinated against the flu.

The first doses will be injected this Friday. In total, around 40,000 pharmacies will be part of the program. The government has also ramped up vaccine production, opened additional vaccination sites and launched a campaign for the less privileged such as the homeless.

After a chaotic start in December, states have stepped up the pace: 44.8 million doses have been administered and at least 33.8 million people have received one or two doses, or about 10% of the population.

The United States is the country most affected by the pandemic in terms of both death and cases, with more than 475,000 deaths for more than 27.3 million cases, according to the latest count from Johns Hopkins University.

But since the January 8 peak, the curves of positive cases, hospitalizations and deaths have been declining steadily.

The situation is, on the other hand, more fragile in Europe, the continent most affected by the epidemic with more than 790,287 deaths (for about 35 million cases), according to official figures compiled by AFP.

“The overwhelming majority of European countries remain vulnerable,” said Hans Kluge, the European director of the WHO, for whom “at present, the line is thin between the hope” raised by vaccines and “a false sense of security “.

Because the question of the variants of the coronavirus comes to shake up the optimism born of the development of vaccines, and leads to new restrictions.

For fear of these variants, Germany decided on Thursday to close its border with the Czech Republic and Austrian Tyrol. German Interior Minister Horst Seehofer indicated that this measure would take effect on Sunday evening, and that Tyrol and the Czech regions bordering Germany would be included in the list of territories highly affected by mutations of the virus.

This list already includes several countries such as Great Britain, South Africa, Brazil or Portugal with which Germany banned most travel at the end of January.

The Czech government announced Thursday isolating three cantons, including two on the border with Germany due to the prevalence of the British variant of the coronavirus. Residents are not allowed to leave these territories, and no one will be able to enter them with exceptions, Prague said.

See Also:  Kitz - the children's pages in the Patriot

Concerning restrictions, German Chancellor Angela Merkel had already announced Wednesday evening the extension until March 7 of most of the restrictions in place in the country. Greece tightened its national containment Thursday, and Ireland extends its until early April, probably until Easter.

The EU, which on Tuesday crossed the symbolic threshold of 500,000 deaths, has however seen the trend improve in recent days, with contaminations and daily deaths down slightly.

But few countries are still inclined to relax the pressure, when vaccination campaigns are delayed.

Poland reopens its theaters, hotels and swimming pools on Friday, after the reopening of museums, libraries, art galleries and shopping centers on Monday. Most schools will remain closed at least until March, however, said Health Minister Adam Niedzielski.

In the EU, only 3% of the population have received at least one dose of the anti-Covid-19 vaccine, according to an AFP count on Thursday. The EU has also said it wants to boost its production of vaccines, acknowledging that it was “probably too confident about the timely delivery of the doses ordered”, according to the President of the European Commission Ursula von der Leyen.

Globally, more than 155.7 million doses have been administered in 91 countries or territories. Israel is largely in the lead, in proportion of vaccinated compared to its population (42%).

The rich countries of the planet concentrate nearly six injected doses out of ten (59%), while they only host 16% of the world population.

This “inequitable access to vaccines can backfire on us”, once again warned WHO on Thursday: “The longer the virus persists, the greater the risk of dangerous mutations”.

The G7 countries will meet at a virtual summit on Friday to discuss “the health situation”, “the situation of low-income countries” and the possibility that the International Monetary Fund (IMF) comes to their aid.