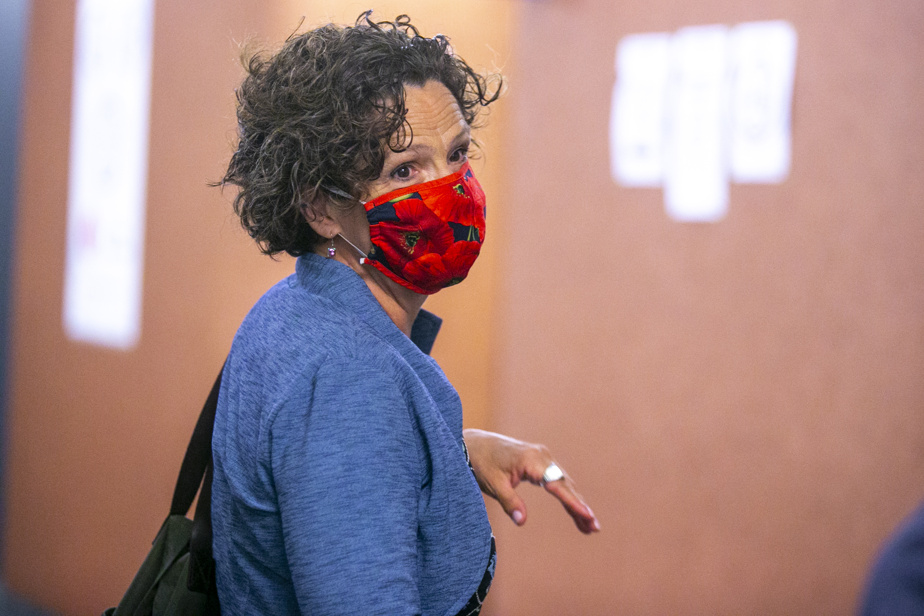 The conflict continues to escalate between former political allies Sue Montgomery and Valérie Plante. Five months before the municipal elections, the borough mayor and leader of a new party shoots mayoress Plante in a libel suit for $ 120,000.

“The defendants commit several faults by making several false, defamatory, unfounded assertions which damage the reputation of [Sue Montgomery] in the media, ”alleges the mayor of Côte-des-Neiges – Notre-Dame-de-Grâce in a lawsuit filed in Superior Court and targeting Valérie Plante, Comptroller General Alain Bond and the City of Montreal.

The rag has been burning between Valérie Plante and Sue Montgomery since the latter’s expulsion from Projet Montréal in January 2020 for refusing to fire her chief of staff Annalisa Harris. According to the Comptroller General of the City of Montreal, Mr.me Harris had harassed the warden. Conclusions strongly refuted by the Montgomery camp which pleaded never to have had access to the report.

Last December, in another legal action, the Superior Court of Quebec partially ruled in favor of Sue Montgomery by allowing her to have access to the report of the Comptroller General. Judge Bernard Synnott also forced the City to rescind a directive prohibiting Annalisa Harris from having contact with borough officials.

In her defamation suit, Sue Montgomery alleges that Valérie Plante damaged her reputation by depicting her as “solely responsible for a climate deemed unhealthy” in her borough, even though it was she who had requested an investigation into the climate of work.

“The defendant Plante, reproaching [Sue Montgomery] her inaction, of not having fully implemented the investigation reports on the basis that she did not dismiss Mr.me Harris, commits several faults. [Valérie Plante] knows, at this moment, that [Sue Montgomery] did not read or receive the investigation reports, despite his requests to do so. […] Valérie Plante does not put her comments into context and misleads the public and damages the reputation of [Sue Montgomery] “, We maintain in the request filed last week, but made public Thursday.

Sue Montgomery adds in her lawsuit that Valérie Plante has damaged her reputation on numerous occasions in the past year during media outings. In addition, Valérie Plante blamed her political opponent for her “inaction”, while she knew very well “that the content of the reports was frivolous”.

The mayoress of Côte-des-Neiges – Notre-Dame-de-Grâce accuses the Comptroller General of having exerted “undue pressure” on her to dismiss her right-hand man Annalisa Harris, “while making sure to publicize the case ”so that it is“ condemned in the eyes of the public as the person responsible for a toxic work climate ”.

Sue Montgomery thus claims $ 90,000 for damage to her reputation and $ 30,000 in punitive damages. She specifies that Valérie Plante did not respond to her invitation to present her with a public apology in March 2021. Mme Montgomery is running in the colors of a new party, Courage – Team Sue Montgomery, to obtain a new mandate as mayor of Côte-des-Neiges – Notre-Dame-de-Grâce.

“Another week, another pursuit of Mme Montgomery. It is sad to see the citizens of the CDN-NDG borough left out by their mayor, who instead prioritizes a variety of legal remedies. The City of Montreal maintains its position: we would have liked a judicial peace in connection with this saga, for the benefit of all, starting with the citizens of the borough, ”responded by email the office of Mayor Plante.

In a recently filed lawsuit, Annalisa Harris is claiming $ 186,125 from Mayor Plante for “unfounded” charges and attempted dismissal. Sue Montgomery’s ally is a candidate for the post of municipal councilor for the district of Loyola, in Notre-Dame-de-Grâce.