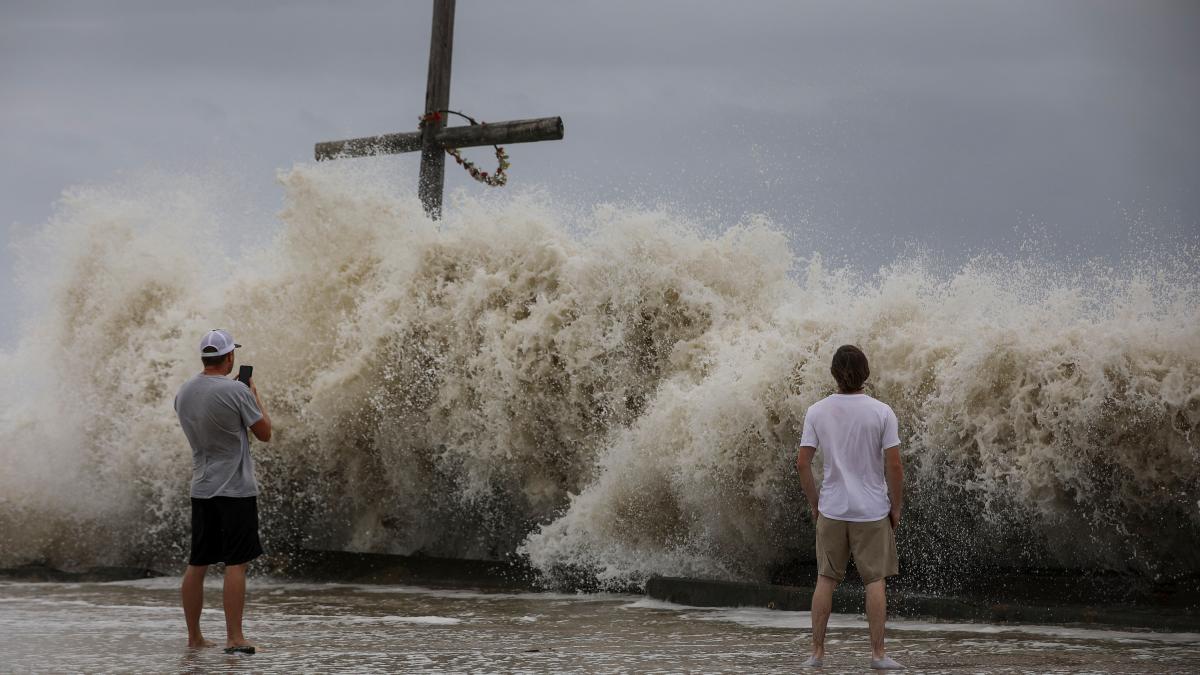 Hurricane “Laura” has reached the USA – “Protect your life”

On its way through the Caribbean, Hurricane “Laura” has already devastated Haiti and the Dominican Republic, killing 25 people. Now the cyclone has reached the US state Louisiana.

Dhe Hurricane “Laura” has hit the US coast. The category four storm with wind speeds of up to 240 kilometers per hour reached the small town of Cameron in the US state of Louisiana, as the US National Hurricane Center (NHC) announced. There and in Louisiana, power went out in more than 100,000 homes and commercial buildings. The masses of water could sink entire communities in the water, there were also tornado warnings.

The storm brought masses of water into the low-lying coastal areas, which, according to the forecasts, could trigger a storm surge six meters high and would “not be survivable”. Meteorologists warned of the “potentially catastrophic” effects of the hurricane.

“Take action now to protect your life,” the NHC urged residents in Texas and Louisiana. About four million people live in the area on the direct route from “Laura”. According to the authorities, most of them left for safer areas following evacuation orders. However, not everyone followed the calls to get to safety.

In Cameron, at least 150 residents refused to leave the community – even though it could be completely flooded by water from the ocean. “It’s a very sad situation,” said Ashley Buller of the Cameron Disaster Preparedness. “We did everything we could to get them to leave.”

Videos and photos posted on social networks showed heavy rains on the city of Lake Charles and flooded streets. According to the authorities, the extent of the damage will only be visible at dawn, when search and rescue operations are also planned.

Some people were still in town and called 911, said Tony Guillory, head of the so-called police jury of the Lake Charles parish of Calcasieu Parish. “There is no way to get to them.” He was hoping for rescue operations later Thursday, but also feared that floods would cause significant delays.

“One of the strongest storms”

“Laura” is also located about 70 kilometers east of Port Arthur, Texas, where several oil refineries are located. The municipality, which has 54,000 residents, was a ghost town on Wednesday (local time) with only a few gas stations and a liquor store open.

“This is one of the strongest storms to hit this stretch of coast,” said David Roth, a meteorologist with the National Weather Service. “We worry that the storm surge will penetrate far inland. There is little to stop the water. “

A category four hurricane can destroy homes and throw trees and vehicles through the air like toys. In addition, it can make vast areas uninhabitable for weeks and months and interrupt the power supply for just as long. Hurricane researcher Brian McNoldy from the University of Miami said that “Laura” was in “full beast mode”. US Vice President Mike Pence urged residents to leave the affected areas in a speech at the Republican Congress. President Donald Trump asked via Twitter that they should follow the instructions of the authorities.

For the government in Louisiana, “Laura” represents an additional challenge in the coronavirus pandemic. In some areas under evacuation orders, there had recently been increasing infection rates.

In the past, hurricanes like Harvey and Katrina have wreaked havoc on oil industry sites on the Gulf Coast. Almost half of the United States’ oil refining capacity is located there. When Harvey struck in 2017, there were oil and chemical spills, as well as heavy air pollution from petrochemical plants and refineries.