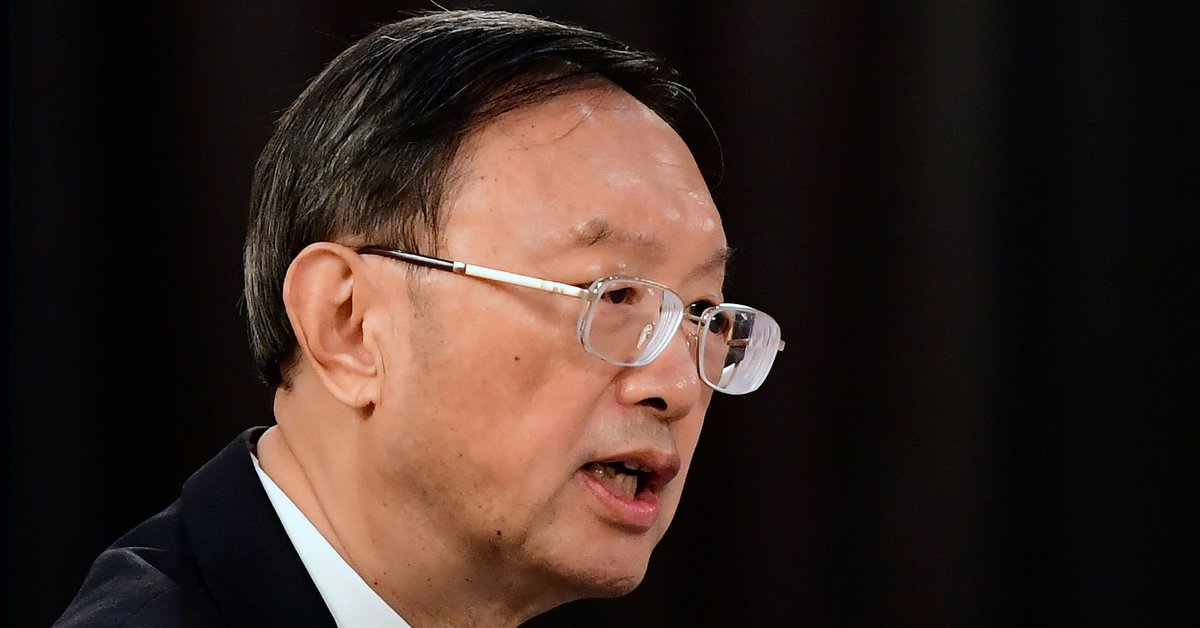 (Bloomberg) – US Secretary of State Antony Blinken pressed his Chinese counterpart in a phone call on Friday to allow a new expert-led study on the origins of COVID-19, but the top diplomat from China called theories of a virus leak from a Wuhan lab absurd, according to readings from both sides.

In the call with politburo member Yang Jiechi, Blinken “emphasized the importance of cooperation and transparency regarding the origin of the virus, including the need for WHO phase 2 studies led by experts in China,” the Department reported. of State in a statement. Yang said China supports the cooperation but will not tolerate what he said were attempts to smear China, according to the state-owned China Central Television (CCTV) network.

It is the first time the two diplomats have spoken since an in-person meeting in Alaska in March that got off to a rocky start, when both sides criticized each other in front of television cameras. The tensions that began under the Trump Administration have only worsened under the presidency of Joe Biden, who has challenged Chinese leaders for human rights violations in Xinjiang and Hong Kong, and has debated whether China has been sufficiently transparent when sharing information about covid-19.

During the phone call, Yang urged the US to resume bilateral relations, CCTV said. The Chinese diplomat said that dialogue and cooperation should be the norm for China and the US.

The leaders of the Group of Seven meeting this weekend in Cornwall, United Kingdom, will call for a new and transparent study on the origins of the virus that would be commissioned by the World Health Organization (WHO).

Beijing authorities have repeatedly denied that the virus had leaked from the laboratory, pointing to a WHO report this year that concluded that it was most likely of natural origin.

Yang also urged the US to exercise caution in matters related to Taiwan, noting that the North American country should not use human rights issues to interfere in the domestic politics of other countries.

Blinken “underscored the US concern over the deterioration of democratic norms in Hong Kong and the ongoing genocide and crimes against humanity against predominantly Muslim Uighurs and members of other minority ethnic and religious groups in Xinjiang,” said the Department of Condition.

The Department said Blinken also called for both sides to work together on the denuclearization of the Korean peninsula, and that both discussed “shared global challenges, such as Iran, Burma and the climate crisis.”