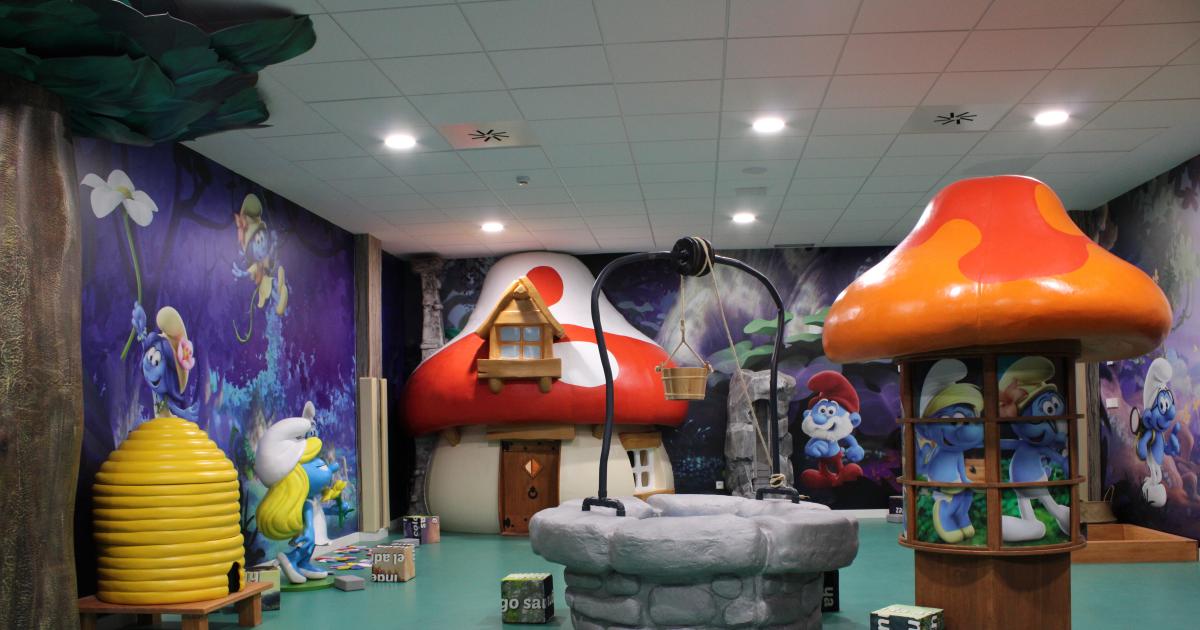 The pioneer leisure center in the world of entertainment MadLab and the first Lego Fan Factory in Aragon open this Friday at 5:00 p.m. at the Zaragoza Outlet Tower and join the leisure offer of the shopping center and surprise visitors with the games of some of the most famous franchises in the world: Narcos, CSI: Las Vegas, The Smurfs or Superthings and, of course, the legendary Lego building blocks.

“Summer is loaded with many novelties at La Torre Outlet Zaragoza. The inauguration of MadLab and Lego Fan Factory is just the beginning of a lot of activities and promotions that we are going to have and, given the circumstances, we are very happy to continue announcing new openings ”, stated the director of the center, Claudio Poltera.

These openings on June 11 also coincide with the start of the SALE summer of The Zaragoza Outlet Tower, a unique opportunity to get the essentials of this time of year with discounts of up to 70% on the outlet price.

With a space of 1,200 square meters, MadLab houses challenges for all types of audiences, children, youth and adults, which they will have to overcome with the help of family members and friends. Among them, virtual reality games, escape games or training sessions stand out. laser games, all of them also with the possibility of reserving them for birthdays or company events.

The smallest of the house, from five years old, they will be able to play in the laser game of Superthings, helping to clean the streets of Kaboom City, and in the escape room of Los Smurfs, looking for clues to prepare the magic potion; two experiences that are launched for the first time worldwide at La Torre Outlet Zaragoza.

The Those over 13 can enjoy other experiences such as CSI, to try to solve a murder committed in Las Vegas during a wedding; or play Tetris on the world’s largest arcade machine, five meters high.

Another of the entertainment options offeredce MadLab has to do with virtual reality as the experience in which a Star Trek ship is assaulted, the escape rooms from Assassin’s Creed or the game whose objective is to hunt ghosts, Ghost Patrol.

On the other hand, Narches is another immersive activity with actors that recreates the Netflix series and in which players over 16 can participate to act as agents of the DEA that have been discovered and taken to La Catedral. And, for those over 18 years old, the virtual reality game of Arizona SunShine, which allows you to play in groups of up to four people in order to destroy the zombie hordes.

Lego Fan Factory, the first of its kind to open in Aragon, launches this new gaming space in the Community and does so in The Zaragoza Outlet Tower from the hand of one of the most popular games in the world: LEGO®, which for more than 85 years has made children’s imaginations soar through its legendary building blocks.

Lego Fan Factory is intended for children between 1 and 12 years old and It is free, with a maximum stay of one hour. It has two areas differentiated by age that add up to a total of 250 square meters, where children will carry out different activities and workshops related to this well-known brand each month. Those interested can download the registration form at this link to send it to lfflatorre@gmail.com.