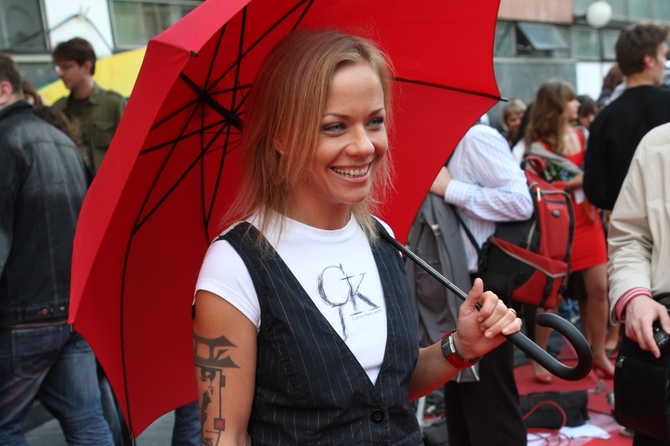 Singer and TV presenter Lena Perova currently leads a rather private life and is far from the world of show business. Today, the star of the girls’ trio Lyceum, which thundered in the early 90s, celebrates its 45th anniversary.

Glory came to Perova thanks to her acquaintance with Andrei Makarevich’s niece Anastasia, who invited Lena to a new group. The song “Autumn” quickly burst into the charts and gave the girls popularity and love of their fans.

In 97, Perova left the project, and already in 2000 she started solo thanks to the producer and partner of Eva Polna in the group “Guests from the Future” Yuri Usachev. However, Lena soon decided to quit her singing career, deciding to focus on participating in television projects.

For the program “Life is Beautiful”, which Lena hosted together with the ex-Minister of Culture of the Russian Federation Mikhail Shvydkoy, Perova received “Tefi” – the most prestigious television award in the Russian media field. She was a radio announcer in a children’s show, played supporting roles in popular youth TV series. However, after the end of the talk show with Shvydkoy, Perova found herself in a creative crisis.

In the reality show “The Last Hero”, which tests the participants for strength and fortitude, Lena managed to participate twice. In the early 2000s, she reached the finals together with Vladimir Presnyakov Jr.

And in the new season of the show, which was hosted by actress Yana Troyanova, Perova lasted only the first release. According to the artist, the reason was health problems in the family.

“Dad died, mom was so seriously ill that we feared that she would not recover, But everything was already working out, and life goes on,” – said birthday girl to StarHit.