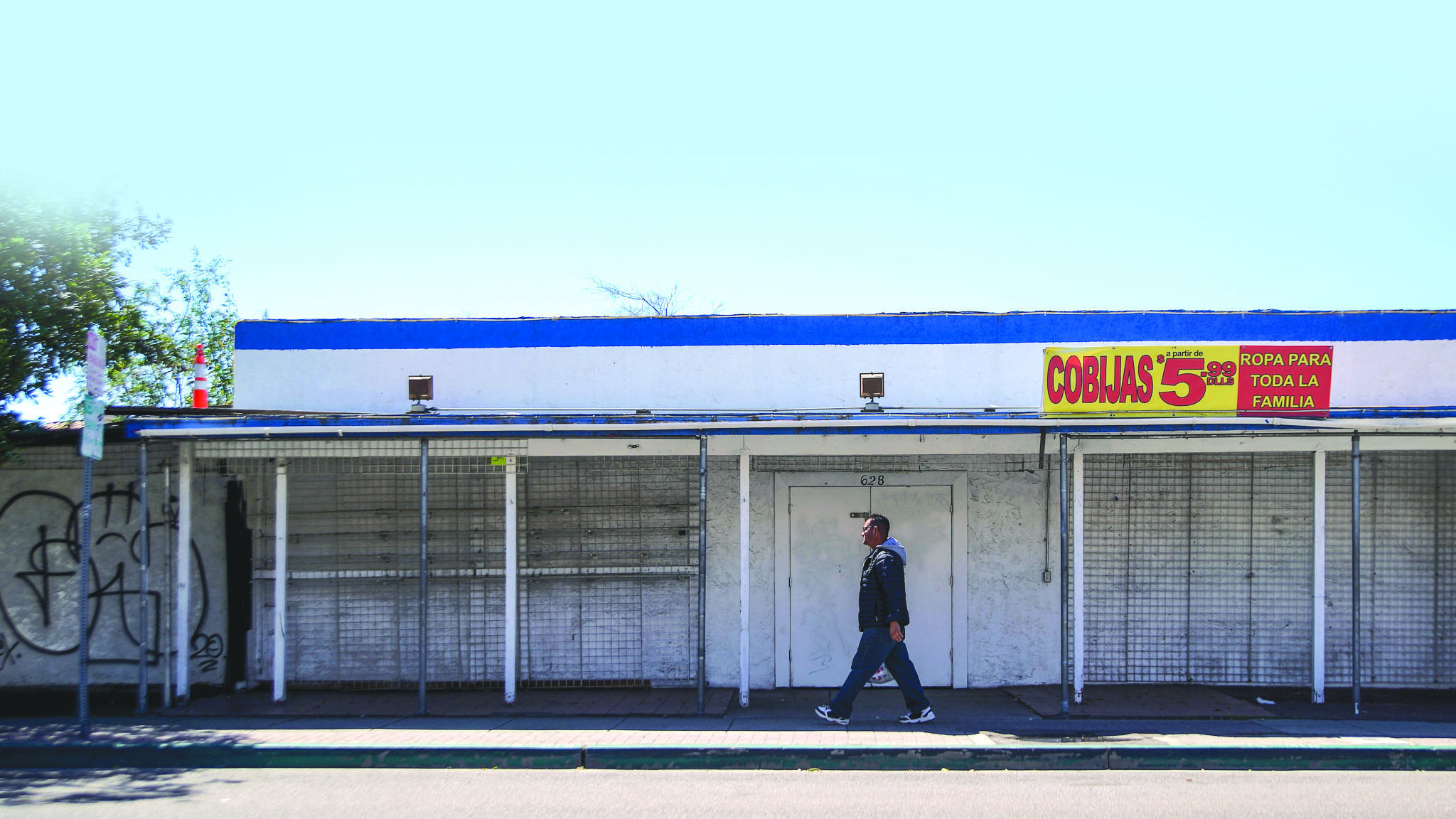 Susana Rodríguez, a young employee of a small business on San Ysidro Boulevard explained to El Latino that sales have fallen by more than 70 percent since border restrictions were imposed on non-essential crossings between Mexico and the United States.

“As more than 90 percent of the customers along this boulevard are Mexicans who cross with visas and passports, the restrictions applied only to our largest clientele,” said the employee.

His business is one of the lucky ones that remain in operation after more than 16 months of preventing the passage of border Mexicans.

“It is a pity but many businesses will not reopen, and while the restrictions continue, the rest of us are at the same risk,” said Rodríguez.

His business of perfumes, bags and other items is located two blocks from the San Ysidro gate, the busiest in the world, according to the definition of the Department of Commerce.

But even with the largest cross-border flow in the world, restrictions impact business along the US border, according to business leaders in California, Arizona and Texas.

With a donation of one million 350 thousand unique doses from Johnson & Johnson that the administration of President Joe Biden donated to Mexico and applied in more than 80 percent in Baja California, the state achieved herd immunity, according to statements by the State Secretary of Health, Alonso Pérez.

California had already reached it in mid-June and, according to a plan mentioned by the administration of President Andrés Manuel López Obrador, the border would gradually reopen, first between the Californias, because both have high rates of vaccinated.

But it arrived on July 21 and the restrictions continue, at least until August 21, now due to the risks due to the Delta strain, according to official US sources.

San Ysidro Chamber of Commerce Executive Director Jason Wells said the restrictions “were not a health necessity, but a political decision by the Donald Trump administration that has kept the administration of President Joe Biden in place.”

“It is an act of discrimination because they only apply to Mexicans who live on the border and who cross overland with a visa and passport,” as if they were the only virus carriers, according to the president of merchants.

Although anyone can carry the virus, the restrictions do not apply to thousands of Americans living in Baja California or to some 30,000 Mexicans with legal residence in the United States who live south of the border.

The limitations also do not apply to any American who crosses into Mexican territory, only to Mexicans with a visa who cross overland to the United States.

“While in San Ysidro 20 percent of the businesses closed and will not be able to be replaced due to the lack of Mexican consumers from the border, other Mexicans fly to Los Angeles and Houston without restriction problems,” said Wells.

The mayor of Nogales, Arizona, on the border with Sonora, Arturo Garino, commented that he does not explain “why if all Americans can cross into Mexico without restrictions, Mexicans cannot do the same and come to Nogales.”

“Why, if the restrictions are due to Covid 19, do not prevent the passage of Americans who cross into Mexico, they do not transmit Covid?”, The mayor questioned.

The mayor explained that with the partial closure of the border, Mexican consumers have to buy in stores in Nogales, Sonora, and those in Arizona fear that by reopening it will be difficult for them to recover that lost clientele.