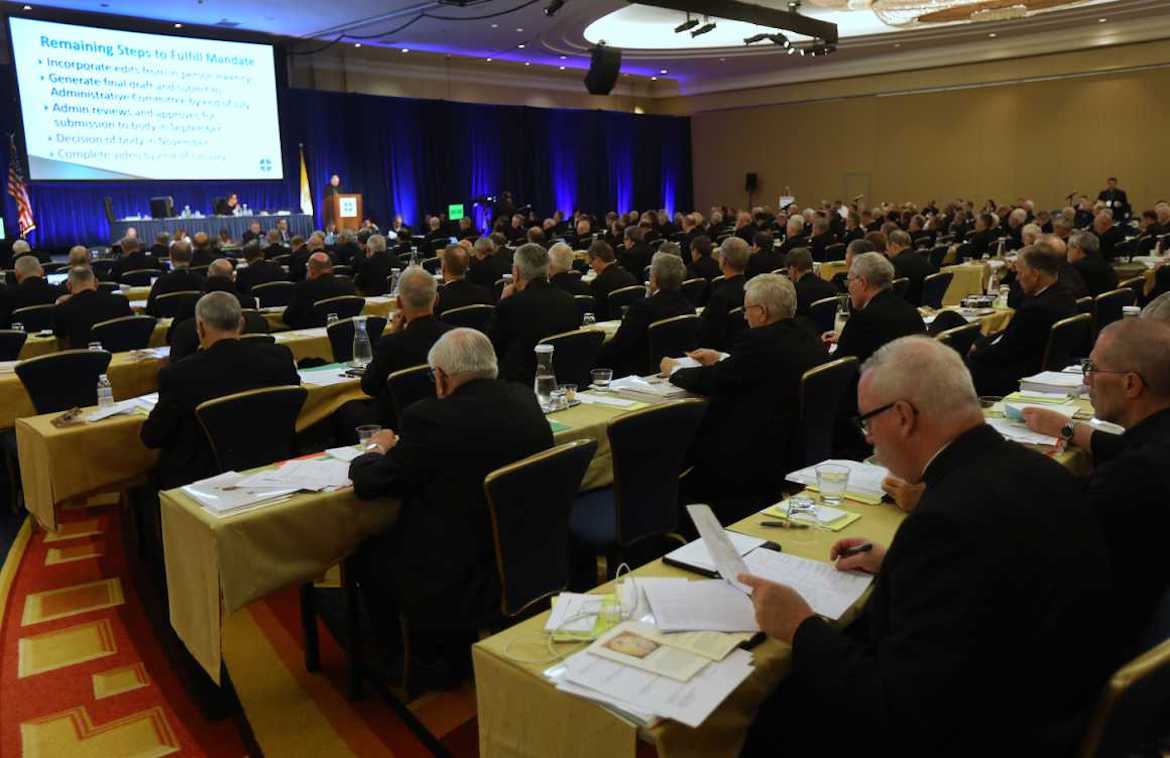 The assembly will begin with a message from the apostolic nuncio in the United States, the archbishop Christophe Pierre, and later they will listen to the archbishop José H. Gómez from Los Angeles, president of the USCCB.

During the assembly se will vote for at least these nine points: Cause of Canonization of the Servant of God Joseph Verbis Lefleur and Servant of God Marinus (Leonard) LaRue; the approval of three translations by the International Commission for English in the Liturgy (ICEL) for use in the dioceses of the United States; A National Pastoral Framework for the Ministry of Marriage and Family Life in the United States: Call to the Joy of Love.

During the meeting, the bishops will hear a report of the National Review Board that advises the Committee for the Protection of Children and Young People from the USCCB on child and youth protection issues, specifically on policies and practices.

On the other hand, the bishop David J. Malloy Rockford, Chairman of the USCCB International Justice and Peace Committee, welcomed the announcement of the International Summit on Religious Freedom to be held from July 13 to 15 in Washington.

“This summit aims to raise awareness of international religious freedom within the United States and bring together a broad coalition that will work together for the cause of religious freedom around the world”Bishop Malloy said.

The USCCB International Peace and Justice Committee is a sponsor of the summit, and Cardinal Timothy M. Dolan, Archbishop of New York and Chairman of the USCCB Committee on Religious Liberty, will be one of the keynote speakers. More than 40 organizations committed to defending religious freedom have joined as convening partners of the summit.

In prayer for the sanctification of priests

Similarly, the USCCB recalled that this June 11 will be held the World Day of Prayer for the Sanctification of Priests, established by Pope John Paul II in 2002 around the Solemnity of the Sacred Heart of Jesus.

On this day, the USCCB recalled, the Church encourages priests to reflect on the gift of priesthood they have received from Christ; and the faithful are encouraged to pray for their priests to be strengthened in their ministry and stand firm in your commitment to the Lordr.

The bishop James F. Checchio, de Metuchen, president of the USCCB Clergy, Consecrated Life and Vocations Committee, echoed the message of Pope Francis: “I urge all priests, especially those who suffer in a particular way, to remember that they do not lead alone their crosses; it is through and through the cross of Christ that we are given all the strength we need for the challenges that lie ahead ”.

And in another statement, the United States bishops referred to the European Union-United States Summit to be held in Brussels this month.

In that sense, the cardinal Jean-Claude Hollerich, Archbishop of Luxembourg and President of the Commission of the Episcopal Conferences of the EU, and Archbishop José H. Gómez of Los Angeles, and president of the USCCB, offered their prayers for the participants to be “guided by the wisdom and mutual trust to lay the foundations of a renewed transatlantic partnership for greater peace, justice and sustainable human development in our continents and in the world ”.