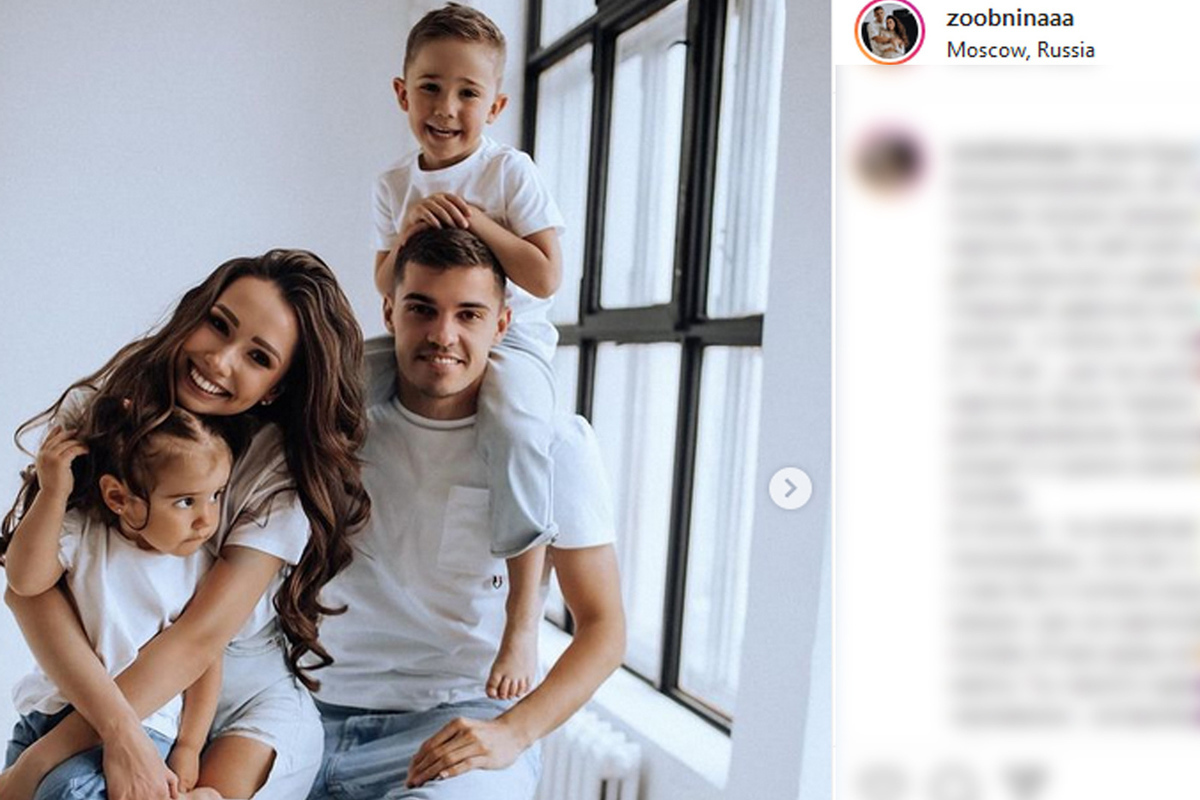 The European Football Championship has with renewed vigor attracted the attention of Russian fans to our national team, which tomorrow will play its first match at Euro 2020 in St. Petersburg with the Belgian national team. Models, keepers of the family hearth, social media stars: the wives of Russian footballers – who are they, what do they do and how do they support the athletes? We decided to remember this today.

Forward Artem Dzyuba has been married to the burning brunette Christina Orlova for almost 10 years. Artem met his future wife when he was only 23 years old. The young footballer immediately fell in love with a brown-eyed girl whom he met at one of the parties on New Year’s Eve. As familiar couples said, the meeting took place in 2012, then Dzyuba and the company rented a cottage in the Moscow region. Comrade Artyom invited the girls he knew from Nizhny Novgorod, by the way, this friend liked Christina the most. But Artyom did not give up and turned out to be much more resolute than his comrade. “I won it in three, four days!” – the footballer boasted in an interview. However, his friend did not harbor a grudge against him.

Christina at the first meeting did not know who Dziuba was. Only after returning to her native Nizhny Novgorod and showing her parents a photo of her boyfriend, she found out who Artyom was.

The girl’s dad said that a famous football player is caring for her. This almost ruined the relationship, since Christina did not trust the athletes. Dziuba had to break her stereotypes. The lovers did not meet for long at a distance, already in 2012 Christina moved to Artyom. And in 2013, the couple had their first child.

Artyom has always been and is under the sights of cameras, so he often got into unpleasant situations. This happened, for example, before the European Championship 2016, when a photo of Dziuba in the arms of sports journalist Maria Orzul flew around the network. Presumably, the clarification of relations with the mother of his child cost Dziuba dearly, since later in an interview he said that he had “comprehended a lot,” and, as it was clear from the context, he understood under the threat of losing his family.

But whatever it was, Christina forgave him and they stayed to live together, giving birth to two more children in the future. For the third time, Artem became a father exactly on the eve of the current championship, it happened in mid-May. The chosen one gave the athlete a third boy, who was named Alexander. As for the scandalous video of Dziuba, after a loud scandal he thanked his wife for her support – that is, everything worked out.

The couple today is trying not to advertise their personal life, perhaps this is the secret of their happiness. Dziuba’s wife does not have Instagram, her friends explain this by Artyom’s jealousy .. Christina once appeared on the Instagram photo of Alexander Kokorin’s wife Dasha Valitova, but it was a long time ago. Since then, she has been hiding from prying eyes.

Another equally spectacular pair: goalkeeper Anton Shunin with his beautiful wife, model, Victoria’s Secret angel Ekaterina Grigorieva. Before the meeting, everyone has built a successful career: Anton is in sports, and Ekaterina is in the modeling business. Both had marriages behind them; at the beginning of the relationship, the couple did not advertise their personal lives. For several years, the lovers met, and they got married only in 2018. In May 2020, they became parents. The couple had a lovely daughter, Sophia. The girl has already become a favorite of the Instagram audience along with famous parents.

“You love everyone around you,” Catherine wrote the words dedicated to her daughter. “May this world love you.”

For Grigorieva, the daughter became the first child, but Anton’s son Artemy is growing up from the previous union.

Defender Vyacheslav Karavaev is an adherent of family values. He is only 26 years old, but he is already famous, rich and famous. Vyacheslav’s wife is far from football, Ekaterina Karavaeva graduated from VGIK, is successfully engaged in equestrian sports and develops her social networks. The famous husband supports the chosen one in everything, the social networks of the Karavaevs are replete with colorful pictures brought from travels. Karavaeva is not a typical football player’s wife, the girl writes scripts, creates videos and draws. Ekaterina is engaged in fitness, is fond of modern poetry and music.

27-year-old midfielder Roman Zobnin is happily married to Ramina. The couple have two children. As Ramina told fans, she made such a husband as a teenager. For the sake of love with a football player, Ramina sacrificed her personal ambitions, which she openly told the fans of the couple.

“I began to visualize my future when I was 14,” Ramina shared. – A picture began to appear in my head. On it my husband and our children: a boy and a girl. And nothing else, I clearly felt it. From the age of 14, step by step, I went to this picture. It was hard. There were mistakes, disappointments. It seemed that everything was going away and you had to change the picture in your head.

And then you meet a guy and you realize that here he is, the one with whom I would like to start a family. The same one as in the picture in my head. And everything immediately falls into place. You just follow this person, leave home, education, go with him to another city, where there is not a single familiar person and start life from scratch. You’re putting your future on the line. This picture came out thanks to the work of two people, and I am very glad that my husband helps me, and I, in turn, help him. “

The young goalkeeper Matvey Safonov last year became engaged to his beloved Anastasia Kazachek. The spectacular brunette quickly won the heart of Matvey, in social networks the girl was immediately dubbed one of the most beautiful wives of football players. Anastasia met Matvey more than five years ago, when the athlete played for the youth teams of Krasnodar. The footballer immediately fell in love with a spectacular brunette, Matvey was not embarrassed that the girl was older, their romance developed rapidly. At the end of last year, the lovers played weddings. And recently it became known that the couple is expecting their first child. Anastasia and Matvey rarely advertise their personal lives, only occasionally share common photos with fans.