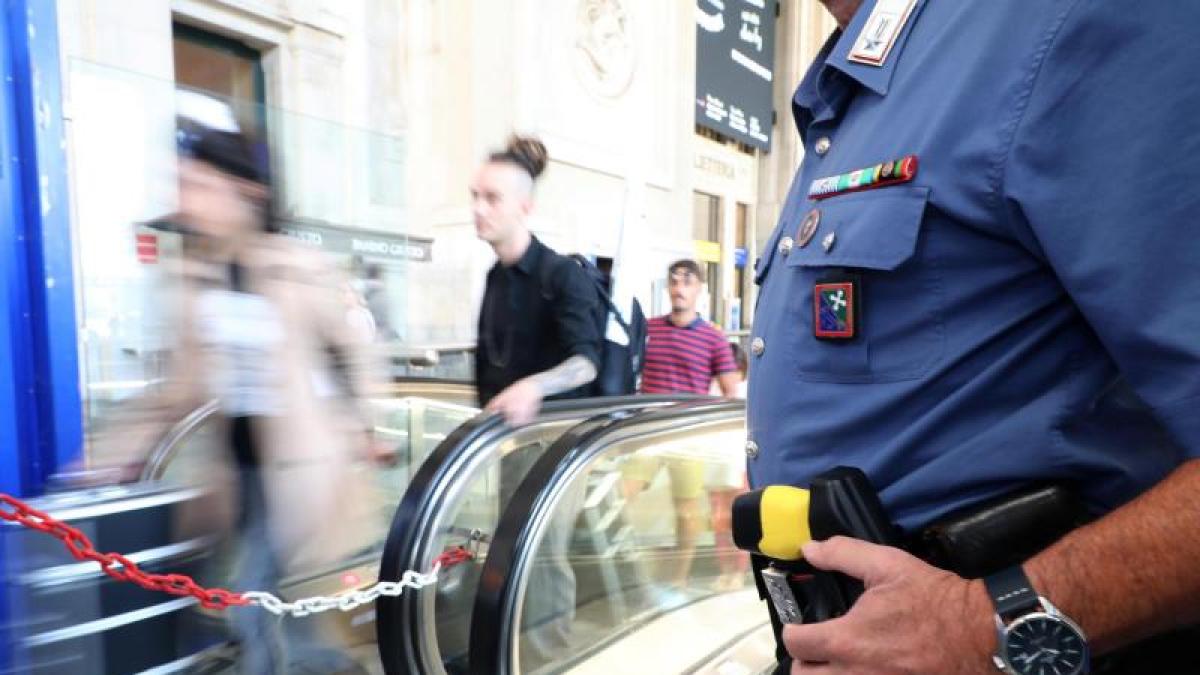 USA it is a violent country. Every day 300 people are shot and a hundred die from a gunshot wound. Three die in incidents involving police officers. That of the young Hispanic Adam Toledo reflects those two realities caused by firearms, which fuel the protests across the country to strengthen regulation on possession and the laws governing the use of force by police forces are reformed.

And in the middle of this debate a question arises. Is it necessary to go to the extreme of having to shoot a minor? The case of the teenager in Chicago, on trial in Minneapolis for the death of George Floyd, is expected to mark a turning point. The evolution of social sentiment towards racial conflicts, the possession of weapons and the advance towards a just judicial system goes in tandem with changes to make the police exercise less violent.

Stun guns are one of the elements that play a role in this transformation process., because they are associated with modern police best practices such as body cameras. “Our mission from day one is to make bullets obsolete “, say executives at Axon, the company that makes tasers, “move towards a reality in which any police officer does not have to reach for a conventional pistol because he feels safe.”

Axon posted global revenues of $ 680 million last year. That turnover is almost 30% more than in 2019 thanks to the demand for TASER devices. And despite the pandemic, it was made with contracts of 1,200 million. The Scottsdale, Arizona-based company’s market is mainly concentrated in the US, UK, Australia and Canada, all English-speaking countries. But this year it will strengthen its presence in Europe.

See Also:  The Sinaloa cartel and the Beltrán Leyva cartel: the drug cartels with the greatest presence in Arizona | Photos | Univision Phoenix KTVW

Stun guns are Axon’s ‘flagship’ product. The portfolio of devices for police forces includes drones, sensors and cameras for vehicles and bodies. It also offers packages for data analysis. Rick Smith, one of the creators of the Taser pistol and CEO of the company that manufactures them, assures that the advancement of these innovations will allow that in the not too distant future to change the Glocks for non-lethal weapons.

Smith dates that transition: 2030. By then, she believes Axon will have developed a stun gun that is reliable enough for the police officer using it to feel safe replacing the bullet pistol as a weapon to quickly incapacitate the suspect. To do this, its engineers are now trying to figure out how to hit a fast or erratic moving target and administer discharges from a distance and through thick clothing.

“It’s not about creating a reality from science fiction,” he says, “it’s an engineering problem.” Tasers, because of their limitation, are used rather to reduce tension before violence escalates. This is what the agent in Brooklyn Center wanted during the stop for a traffic violation to the young Daunte Wright. By mistake, however, he shot him with a conventional pistol. As in the case of Adam Toledo, the incident brought attention to excessive use of force.

The police forces have protocols in place to distinguish stun guns from lethal ones and that establish how to place them on the waist. The Taser also feels different to handle and is offered in yellow to differentiate it from firearms. The development of these devices, in fact, goes en parallel to a change in social perception in the US regarding police brutality and racial disparities in the judicial system.

Activist organizations in the field of civil rights They are now pressuring President Joe Biden to open the way for police reform. At the moment these steps are being taken at the local level, with the adoption of 140 laws to regulate the use of force and demand accountability. New York City, for example, makes it easier for citizens to sue. Police unions, however, resist being deprived of certain protections.

Efforts since Floyd’s death to improve policing have, if anything, not yet been reflected in a change in behavior. Every year about 1,200 suspects are shot by soldiers and since 2005 there have only been seven convictions for homicide against police officers. Technology is allowing, however, that complaints of acts of violence are not as easily ignored as in the past and in turn contribute to providing context.

The trial against the agent who killed Floyd also showed that they are the police themselves who question an unjustified use of force and they try to find a common conversation area with public opinion. Despite protests over the past year, the majority of Americans are against taking extreme measures such as completely abolishing the police department. It’s more, polls show that she is generally trusted.

What is also true is that a good part of politicians and voters, both Democrats and Republicans, want some type of reform that allows clear rules to be established, along with a mechanism that responds effectively to abuses. That will require, in turn, a change in the culture of the police departments themselves and thus be able to advance towards full justice, beyond the deep symbolism of the verdict against Floyd’s killer.

See Also:  The Boys 3 | the showrunner's scandalized reaction after the meeting on the Herogasm episode