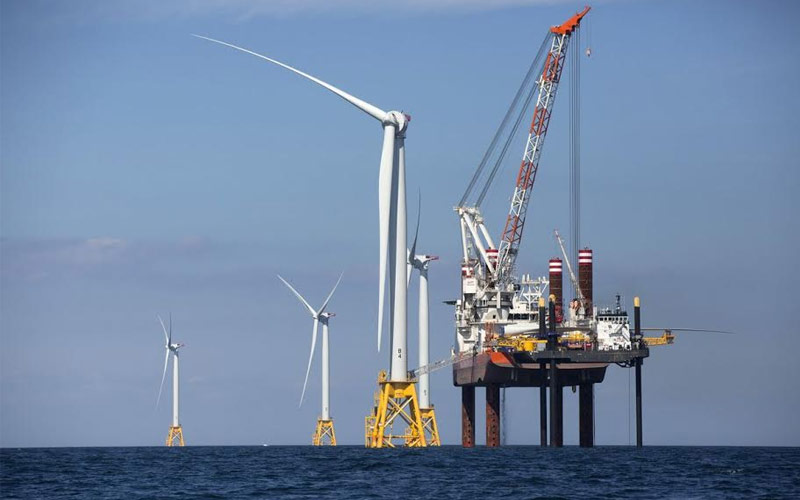 The U.S. Department of the Interior said it will evaluate opportunities for wind power in the Gulf of Mexico, part of the Biden administration’s broader goal of deploying 30 gigawatts of wind power marina by 2030.

While the Gulf of mexico is an important center for the production of Petroleum and offshore gas, has had little renewable energy development. President Joe Biden has made the expansion of clean energy, especially offshore wind, a cornerstone of his fight against climate change.

Interior Secretary Deb Haaland said in a statement that this is an important first step in seeing what role the Gulf can play in this exciting border.

Biden faces criticism in Gulf Coast states after putting federal drilling auctions on hiatus. States such as Louisiana, Texas, Mississippi and Alabama sued in March to restore sales, which are on hold pending a government review.

The Department of the Interior’s Bureau of Ocean Energy Management (BOEM) will publish, on June 11, a Request for Interest (RFI) to see if there is any interest in offshore wind development on the Continental Shelf Exterior.

The application will be directed to the coasts of Louisiana, Texas, Mississippi and Alabama for interest in the wind power marine, but also looking for information on other renewable energy technologies.

Last year, the Democratic Governor of Louisiana, John Bel Edwards, asked BOEM to establish a task force to coordinate lease proposals for wind development off the coast of the state.

Edwards’ application to BOEM came after the National Renewable Energy Laboratory found that the shallow waters of the Gulf and the proximity to the infrastructure of Petroleum and gas would support offshore wind development. Lower wind speeds, soft soils, and hurricanes were identified as potential challenges.

In an email, Edwards spokeswoman Christina Stephens said the Louisiana Governor supported the wind power and would like to see a revenue sharing program, similar to the one it has with the offshore drilling industry, that would support the state’s coastal restoration efforts.

“We are well positioned to support a nascent wind industry in the Gulf of Mexico by leveraging the transportation, construction and engineering expertise that is already associated with our traditional offshore fuel production operations,” Stephens said.

It may interest you: