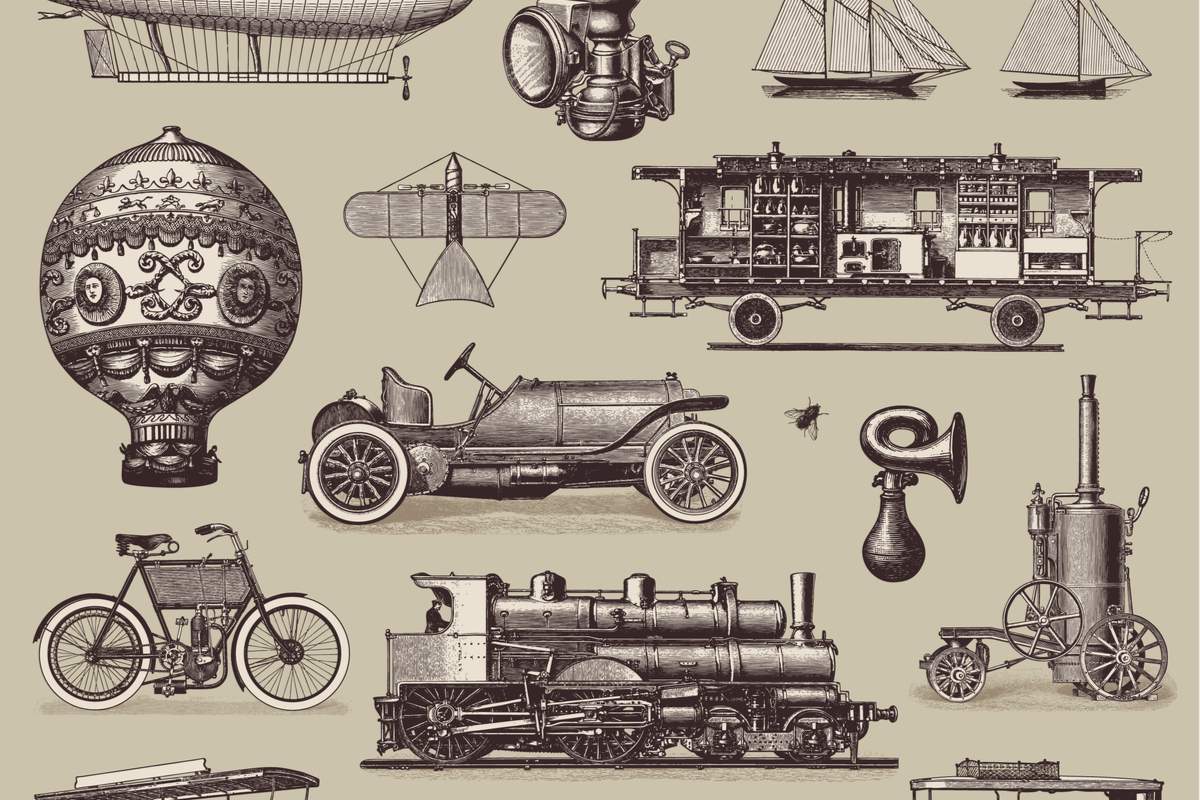 What would we be today without phone, refrigerator or camera ? We would probably have learned to live without it since it would not exist! But we must admit that certain inventions have changed the course of history and the course of our lives.

The latest issue of National Geographic ranks the ten most important inventions in history. A list which is obviously not exhaustive but which reflects our times quite well! The ranking of the magazine does not mention the Internet, however, it has changed our lives … For good or for bad, we will let you judge, but still it is that.today, no one can do without it.

The ranking was carried out by Carla Hayden, director of the Library of Congress, an institution that preserves the archives of many US patents and plans. Let’s take a look back at these inventions that have changed history forever!

It is probably the most important invention of our time! In 1796, the Englishman Edward Jenner invented the first vaccine against smallpox and saved millions of lives! And in 1885, it was the Frenchman Louis Pasteur who carried out the first trials of the rabies vaccine on men!

At a time when Covid 19 has decimated millions of people around the world, the vaccine is still at the center of public health! Beating certain deadly diseases has been made possible by vaccines, and so will be the current pandemic! According to Elle magazine, the vaccine against Covid 19 Pfizer and BioNTech is the work of Hungarian scientist Katalin Kariko!

At a time when the smartphone becomes the extension of our thumb, it’s hard to imagine life without a phone! Obviously that of Alexander Graham Bell in 1876 was not really connected… But it at least made it possible to transmit a human voice through a revolutionary device!

Everyone knows that Johannes Gutenberg is the inventor of printing! And this, as early as 1450, when he invented a process using movable metallic characters. By pressing these characters on supports, he manages to print them! The Bible was the first book printed by Gutenberg in 1455. The printing press made it possible to disseminate knowledge to all and facilitate exchanges between peoples!

And Clement Ader is the inventor of the motorized plane in 1890, the authorship of the first flight goes to the brothers Wilbur et Orville Wright in 1903. These are the first piloted motor airplanes. First used by the armies, commercial planes began in the United States in 1914. Commercial flights have obviously brought people together and allowed the development of tourism beyond borders …

We often think that Thomas Edison is the inventor of what enlightens us today… Obviously, incandescent bulbs hardly exist any more but they are the matrixes of our LED bulbs! It would in fact be the scotch James Bowman Lindsay who would be the inventor of the electric bulb. Edison, he developed and above all marketed it. The electric bulb is obviously a revolution in everyday life. And, it has been going on since 1879.

See Also:  A full train: intern prepares in the United Kingdom to build a train network in Peru | News

But what would we be today without our Personal Computer or our MacBook? It’s hard to imagine that our parents or grandparents did not have a PC available. For the younger generations, life without a computer cannot even be imagined… And yet the PC has only existed since 1960! The first computer was marketed by Olivetti but it was more intended for companies. It was not until 1973 for the first home computer, the Micral N and 1989 for the first Apple brand laptop!

The camera is a French invention! It is Joseph Nicéphore Niépce, who, the first, succeeds in fixing images on tin plates in 1826. Then Louis Daguerre will perfect the process in 1839, date retained for the invention of the camera called to the era a daguerreotype. The first color photograph will appear in England in 1861 thanks to the work of Thomas Sutton!

It may sound strange, but without a clock we should trust the sun. The first mechanical clock which struck the hours was installed in Milan in 1336. According to the site Astrolabe, the 12-hour dial dates from the 15th century, and the minute hand appears at the end of the 16th century. It would be Christiaan Huygens, who would have created the first pendulum in 1657.

The invention of the car goes to the Flemish, Ferdinand Verbiest who manufactured the first in 1668. Nothing to do with our current cars of course! The vehicle in question operated thanks to a kettle, an oven and gear wheels… We are far from the self-piloted Tesla! It will take almost two more centuries for Carl Benz invents the Benz 1 Tricycle, a three-wheeled car using an internal combustion engine.

Imagine a life without a computer, without a phone, without a car? Why not if you choose a tiny house in the middle of nowhere for your future!

Warning : This article may contain one or more affiliate links. Thanks to your support, we earn a commission on sales. For more information see our Legal Notice.