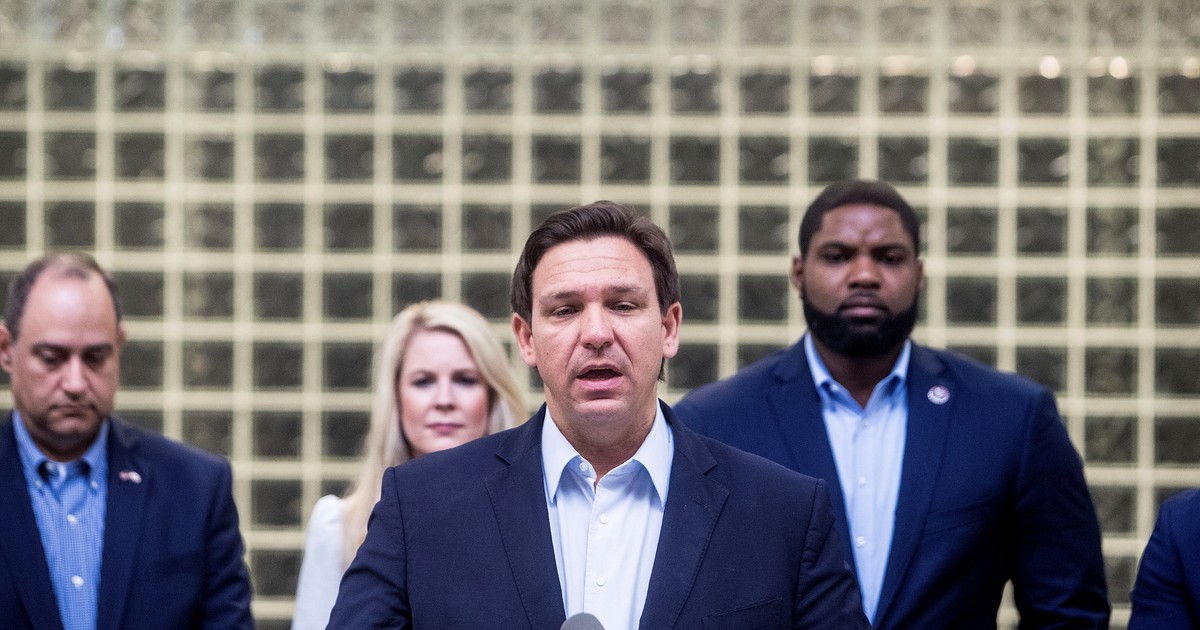 The Florida Government announced this Thursday that it has filed a lawsuit against the Administration of the President of the United States, Joe Biden, for requiring all federal government employees and contractors to be vaccinated against the coronavirus.

At a press conference, the governor of that state, Republican Ron DeSantis, pointed out that the federal order is “illegal” and an “overreach” which in the case of Florida interferes with employment policies and in general with the state economy.

“What Biden does is unconstitutional,” DeSantis said about the obligation of the federal Administration when considering it “a personal option” and that it has put the jobs of thousands of people at risk.

The lawsuit also announced Thursday by state prosecutor Ashley Moody comes after 21 state and Republican prosecutors sent a letter to President Biden in which they criticized the obligation to vaccinate federal employees and contractors, which could even affect the supply chain.

President Joe Biden and his wife Jill before traveling to Rome. AP Photo

They alleged that the companies could be blacklisted for federal contracts if they fail to vaccinate their workers in “an infeasible period”.

The lawsuit is a new chapter in the pulse between the federal administration and Governor DeSantis, that opposes the imposition of masks and the obligation of vaccines.

DeSantis promised to sign a measure offering a $ 5,000 bonus to Police officers from out of state and at risk of losing their jobs due to the obligation to get vaccinated.

“Policemen from New York, Minneapolis, Seattle: if they don’t treat you well, we will treat you better here. It can meet important needs for us and, as a result, we will compensate, “DeSantis said in an interview he gave over the weekend to the conservative Fox network. 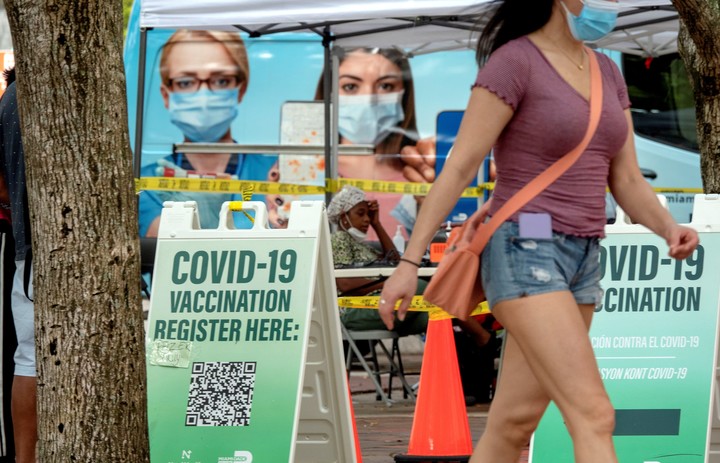 The governor’s offer is in line with the recent announcement that he will convene a special session of the legislature, possibly for November, to combat the compulsory nature of vaccines in business within the state.

For police officers and officials in cities like New York or Chicago the covid-19 vaccine is mandatory, which is the most effective prevention measure against the disease, according to the governmental Centers for Disease Control and Prevention (CDC) in the US.

This week, the federal Department of Education issued a letter to Richard Corcoran, the state education commissioner, warning him that they will intervene if Florida maintains its plan to prevent two school districts received federal funds.

The Biden Administration sent the Alachua and Broward school districts $ 148,000 and $ 421,000, respectively, to make up for what the state took away from them for imposing the use of masks to prevent the spread of COVID-19 in schools. local, initiatives that contravened a state mandate that prohibited such impositions.

The discussion about masks He went to the office of a state senator who suffers from breast cancer and, prior to a meeting, asked Florida’s surgeon general, Joseph Ladapo, the state’s highest health authority, to wear a mask because he had “a serious medical condition”.

Democratic Senator Tina Polsky, who is scheduled to start radiation therapy sessions next week, was forced to ask Ladapo to retire before the refusal of this one to put on a mask during the brief meeting that took place on Wednesday of last week, as reported by local media.

The surgeon general, nominated last month by DeSantis, and as the governor a staunch opponent of the mandatory nature of masks and vaccines, suggested that the senator hold the meeting on a terrace, to which Polsky refused, which he did not reveal. Ladapo who had cancer.

The action of the surgeon general hhas deserved a rejection of legislators of both parties.