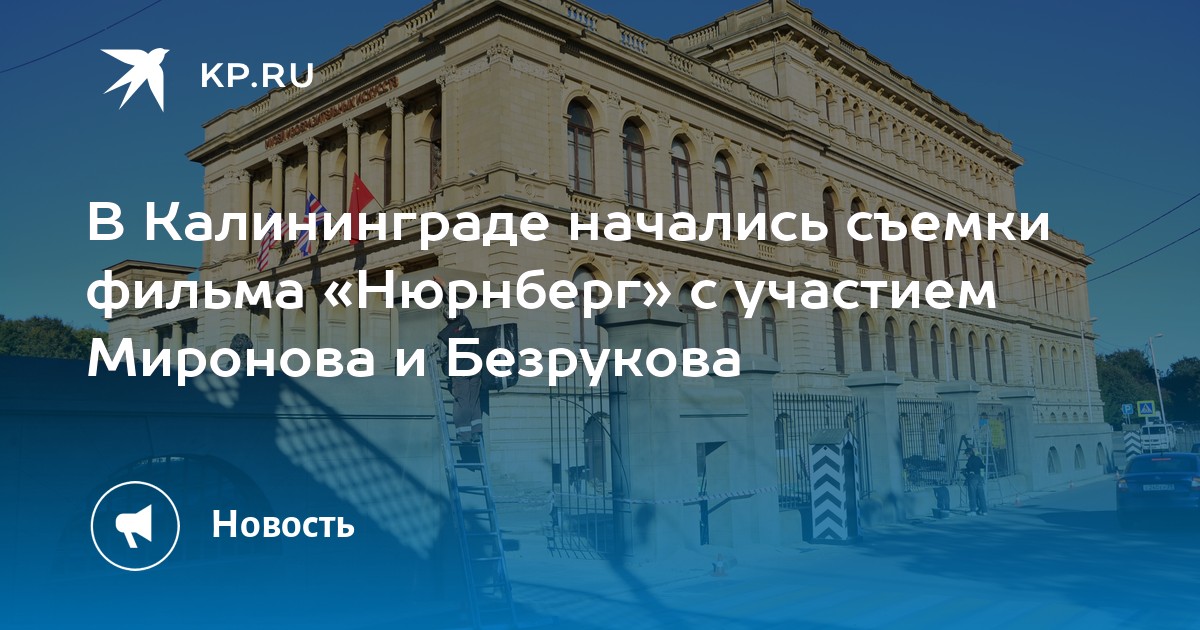 A fence appeared at the exchange, and the building itself was decorated with flags.

Filming of the historical film “Nuremberg”, which tells about the high-profile trial of 1945, began in Kaliningrad. On Tuesday, September 28, the place of work of the film group was the area near the building of the Königsberg Stock Exchange, which now houses the Museum of Fine Arts. On the eve, the space at the exchange was prepared for filming: all unnecessary things were removed, the green lawns were covered with foil and covered with sand. A massive fence with booths for the military police was immediately erected. So the area around was turned into an old German street. And on the museum building itself, four flags were hung: France, Great Britain, the USA and the USSR.

As it became known to “Komsomolskaya Pravda”, large-scale scenes with the participation of extras will be filmed at the exchange.

WHAT IS THE MOVIE ABOUT

Among those who come to Nuremberg to work at the trial is Igor Volgin. He is young, but went through the war, has awards, speaks several foreign languages. Volgin will be a translator for the Soviet delegation led by Colonel Migachev. Once on the street of Nuremberg Volgin meets a young Russian girl Lena. Their nascent feeling will go through many trials, but love is the only thing that at all times saved the world from dehumanization …