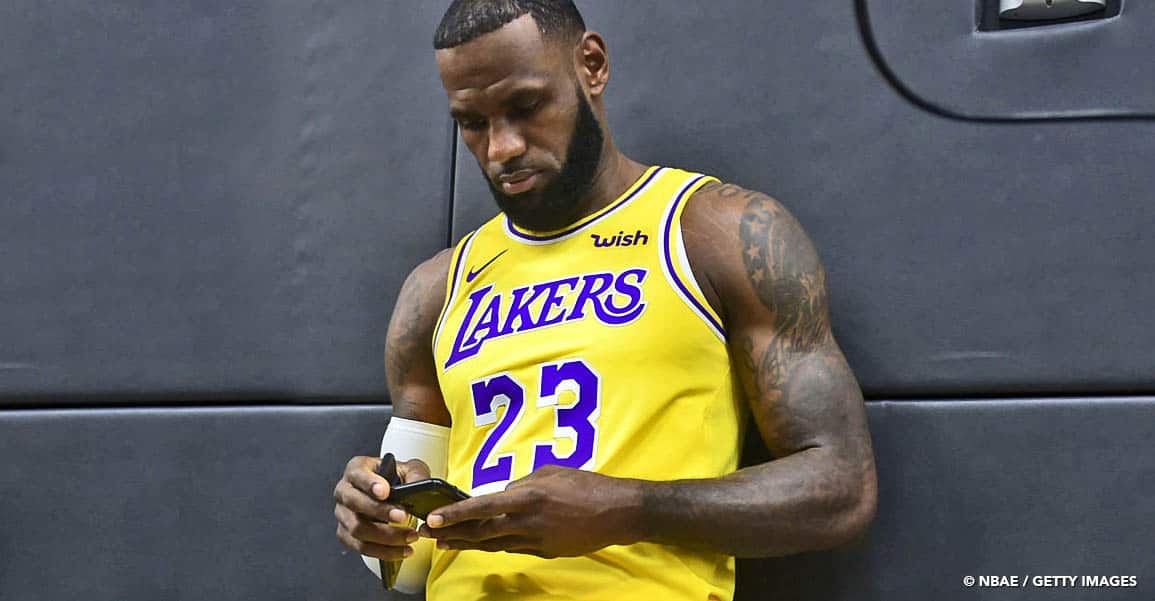 Each state has its favorite target. Americans are good big haters like everyone else and this map that represents the most hated NBA players in each zone shows it. Six players are particularly in the crosshairs of their fellow citizens over the current season, according to the Twitter data collected for this study:

It would be fun to do the same geolocation exercise in France, to find out which Bretons, Corsicans, Parisians or Alsatians, to name but a few, talk the most about LeBron, Kyrie and co. 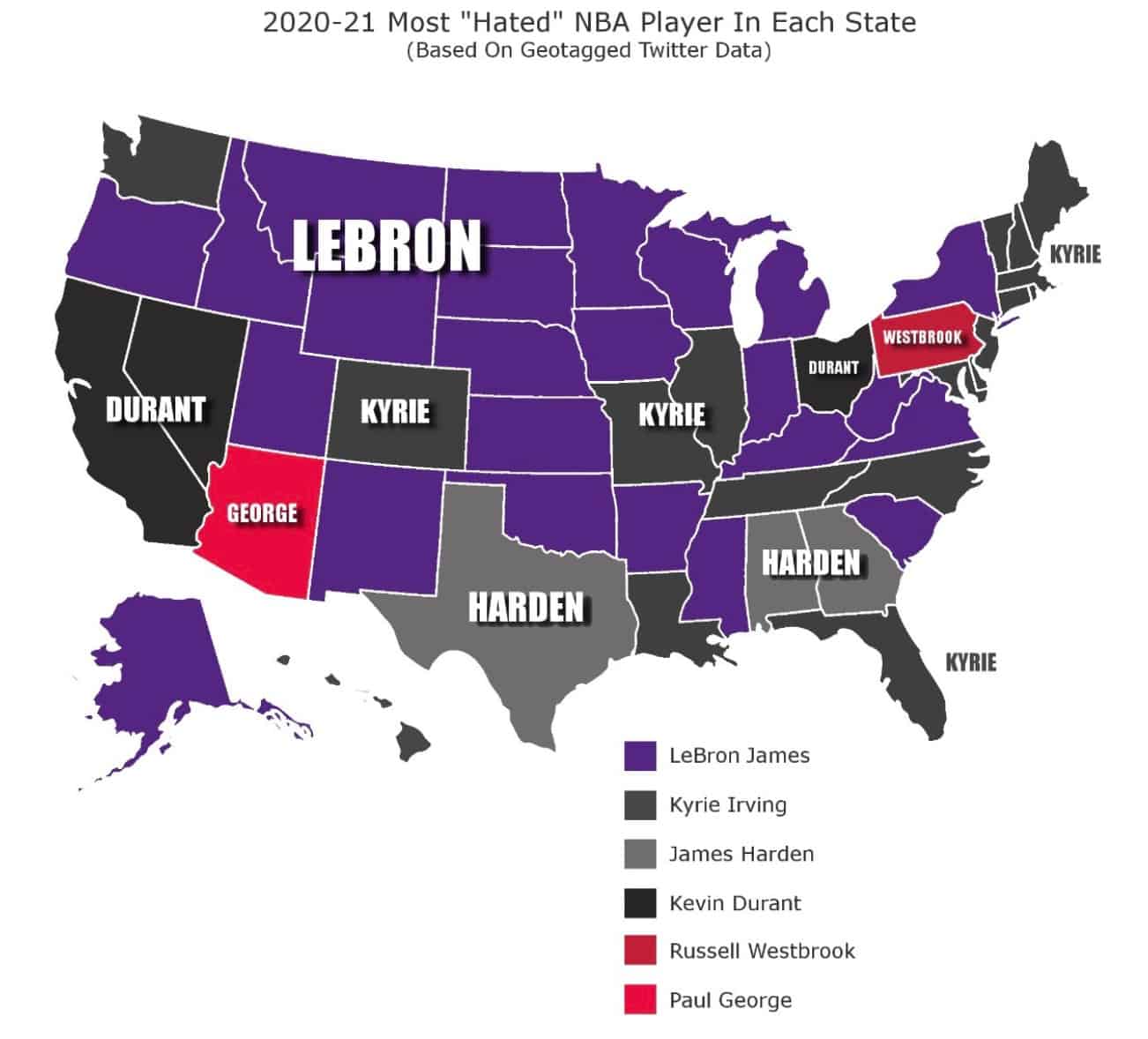