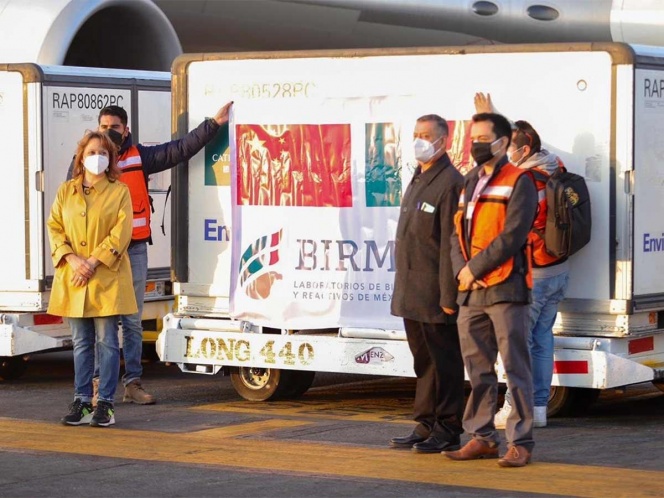 At 06:36 hours this Saturday, one million doses of the Chinese Sinovac vaccine arrived at the Mexico City International Airport (AICM), which will allow progress in the fight against the Covid-19 pandemic.

Chancellor Marcelo Ebrard reported that this is the largest number of vaccines that have arrived in our country in a single shipment so far.

“The vaccination plan accelerates the pace. Thank you Sinovac and the People’s Republic of China !! ”, he wrote on his Twitter account.

According to the head of the Ministry of Foreign Affairs (SRE), as of today, six million 492 thousand 375 packaged doses of Pfizer, Sinovac, AstraZeneca and Sputnik V vaccines have arrived in Mexico. Of the Sinovac vaccine there are already two million dose.

For her part, Martha Delgado, Undersecretary for Multilateral Affairs and Human Rights of the SRE, stressed that the arrival of these vaccines from Sinovac, “is undoubtedly the result of the increasingly close diplomatic relationship between Mexico and China.”

The vaccines left the Beijing International Airport, made a stopover in Hong Kong, then Anchorage, Alaska, and later arrived in Mexico on Cathay Pacific airline flight CX086.

62 elements of the Mexican Army participated in the reception of the shipment, with support tasks for the unloading, transfer and safety of the vaccines.

Arrival of a million doses of the Sinovac vaccine against #COVID19

Could López-Gatell go to jail for 3 years?

Orphaned and dehydrated like that were jaguars, today they run free in the jungle

Government will defend against energy reform in SCJN

Copyright law strictly prohibits copying all or part of Excelsior’s materials without having previously obtained written permission and without including the link to the original text.