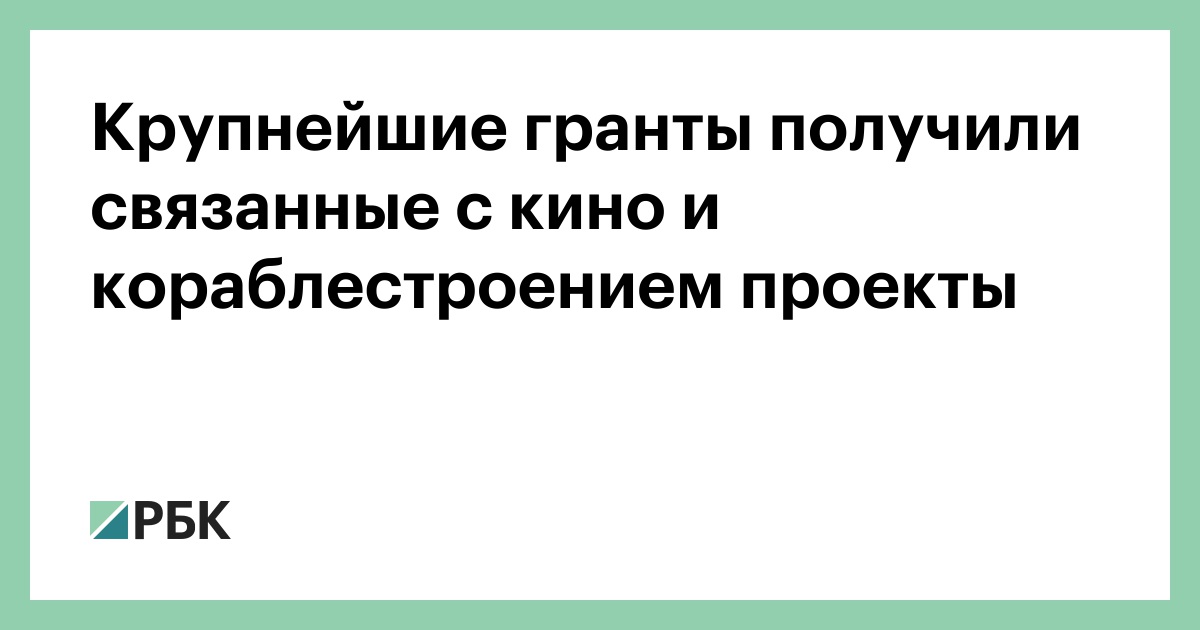 The seventh place was taken by the information center of radio broadcasting “Faith, Hope and Love”, which received 29.4 million rubles. for broadcasting radio “Vera”.

In eighth place is the “New Classics” fund of composers with the “Score” competition for music creators (it received 28.9 million rubles). Another 26.7 million rubles. allocated for the work of the workshop “Simple things”, where people with mental disabilities work. Also 26.3 million rubles. will receive the international project of the Elena Obraztsova Foundation “Voices of Heritage”, aimed at finding and promoting young vocalists.

Who else got support

Within the framework of this competition, most of the grants – 396 – were received by projects on the topic “health protection and promotion of a healthy lifestyle,” Ilya Chukalin, director of the Presidential Grants Fund, told RBC. In second place in terms of the number of grants allocated – 277 educational projects, in third – social support projects (there are 269 of them). At the same time, it was the projects related to culture that were indeed awarded the largest of the grants, he agreed with the conclusions of RBC.

During this competition, a record number of grants (30) totaling 23 million rubles. received projects initiated by Cossack societies. Among them are song contests, patriotic clubs, sports and tourism projects, and even a studio for teenage journalism and animation. Of the 30 supported projects, 16 received almost identical grants – from 490 to 499 thousand rubles.

A total of 12,255 projects applied for grants, this number is record, the first deputy head of the presidential administration, Sergei Kiriyenko, told reporters. “The net winners of the competition were 2,140 NGOs from 81 regions, they will be able to start implementing projects from July 1. The total amount of distributed grants is 4.162 billion rubles. “- reported is he. According to Kiriyenko, four more NGOs will receive 50% of the requested amount, and the fund will also help them in finding the rest of the funds.

See Also:  Lyubov Uspenskaya celebrated her 67th birthday in the company of Dmitry Peskov, Natalia Ionova and other celebrity friends

Half a year ago, during the last competition, Kiriyenko emphasized that most of the grants went to projects in the areas of “health protection”, “social services, social support and protection of citizens” and “preservation of historical memory.” Then, as now, among the recipients of the largest grants were representatives of the sphere of culture and art. The largest grant during the foundation’s existence – 199 million rubles. – received the concert tour agency “Concerts, Festivals, Master Classes” (with the project “Yuri Bashmet – to the young talents of Russia”). The second place in terms of the size of the grant was taken by the festival-forum “Russian Creative Week” with 62.7 million rubles, in third place – the Golden Mask award, which receives a grant every year, with 58 million rubles.