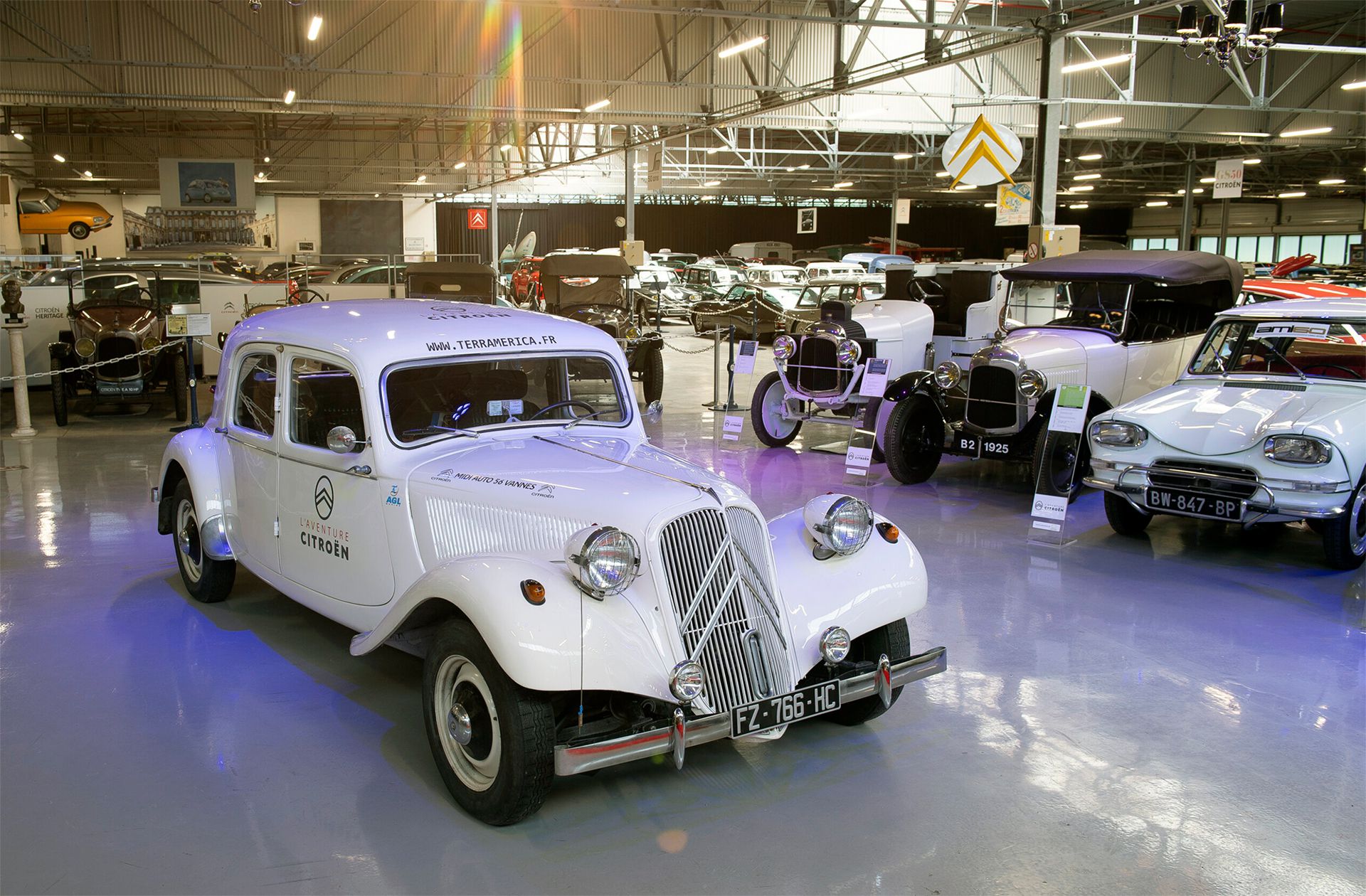 The Pan-American route is the longest in the world. It connects Alaska with Ushuaia, in Tierra del Fuego. It is 40,000 kilometers through 14 countries and it turns out to be a journey that thousands of adventurers have set out to conquer over the decades. Join both points in car, motorcycle, bicycle, motorhome or truck, it’s part of the stories that we have heard or read when adventure on wheels it is about.

The Citroën Conservatory, in Aulnay-sous-Bois, located in the nearby Charles De Gaulle International Airport north of Paris, It’s a magic place. Enter this particular museum, It is traveling in the tunnel of time. A huge covered space full of cars from Citroën of all times, from the first, to the last, through all the race cars of the brand in history and by Concept Cars, those one-of-a-kind cars, which were showcased at auto shows and were inspiration for other models that later rolled off a production line.

From that point in the north of Paris, an emblematic car of the French house left. A Traction Avant 11B from 1956, conditioned for a A journey that will last a year and a half, with two women as the only passengers.

The head of the expedition is Fanny Adam, And she will be the only one to stay in it Front-wheel Drive (front-wheel drive in French) throughout the adventure. Was who He started the project and is in charge of every detail. Is Doctor of Science knows the difficult situation of the indigenous population that populates a large part of the route that the mission will travel.

In the first part of the expedition, between Prudhoe Bay (Alaska) and Los Angeles (USA), your co-pilot will be Gaëlle Paillart, and your mission will be to capture images of the trip. Gaëlle is a athlete passionate about travel, owner of a solid scientific training. Sports travel has become a way of life for her. She will be the first co-pilot of the Traction Avant.

Maéva Bardy will take over in California, also responsible for the images of the expedition to Ushuaia. Maéva has been traveling the world for years as photographer and video documentary maker. Sensitive to nature and the environment, Maéva regularly participates in scientific expeditions as a correspondent on board.

The Front-wheel Drive it was released for sale in 1934. It is a legendary car. In addition to its unique transmission, it brought together the most modern solutions of the time in one vehicle, including an all-steel monocoque frame, hydraulic brakes and independent four-wheel suspension. Due to its robustness and mechanical simplicity, the Front-wheel Drive is a model of rally exceptional even today, more than 80 years later. Furthermore, its fame and appeal has grown over the years, in France and around the world.

Fanny discovered and fell in love with the car through Gérard d’Aboville, who paddled solo across the Atlantic in 1980 and the Pacific in 1991, and has competed in several rallies, including three Paris-Dakar, one of them on a motorcycle. Gérard has been driving a Traction Avant since he was 18 years old. Fanny had the opportunity to discover the car and borrowed it to compete in a regularity rally and tour the routes of Europe. Gérard made an important contribution to the technical preparation of the vehicle for this extraordinary adventure endowing it with security necessary and non-existent in the 1950s in a series car, and some comfort items for so many days and kilometers on board, like a additional heater, especially thinking about the low temperatures of Alaska, since when they arrive in Tierra del Fuego, in January, the Patagonian cold will not be so intense.

In early June, the Traction Avant will board a ship bound for Alaska. Fanny Adam and Gaëlle Paillart will join the Traction Avant in early July at the starting point in Prudhoe Bay at 70 ° N. The first stage will be in North America, from July to September 2021. The following stages (in Central and South America) will be organized in the same spirit, which is not that of a race, since it does not have an established arrival date. Latin America will cross from January to May 2022 Y South America from October 2022 to January 2023.