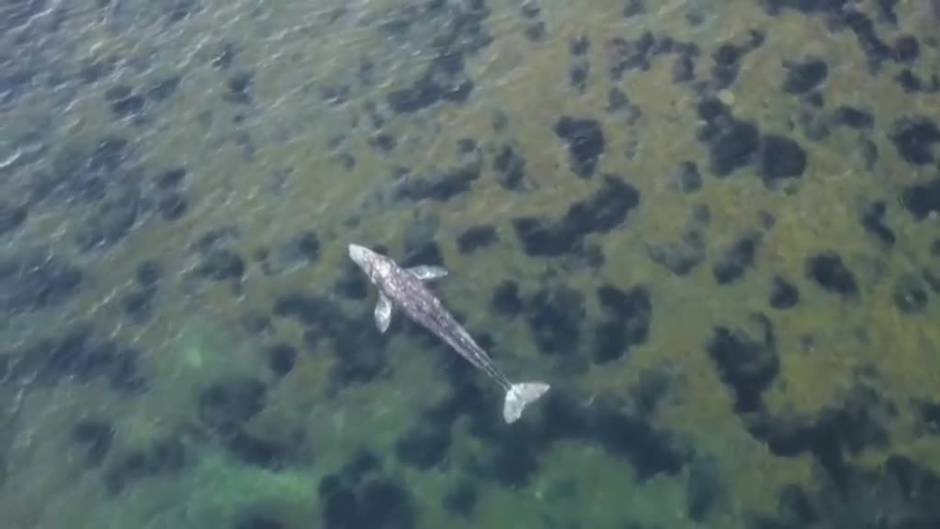 This young gray whale of 8 meters long has been lost in the Mediterranean, thousands of kilometers from California, in the Pacific Ocean, far away from its natural habitat. Desperate, Wally, as she has been baptized, looks for a way to return home and fears for her survival. French biologist Eric Hansen believes the whale may have made a mistake. Global warming has melted the ice in the corridors that connect the Pacific Ocean with the Atlantic. Before it only happened in summer. The cetacean should have descended the Pacific coast from Alaska to Califorinia. Instead it veered across the Atlantic to the French coast. Researcher Celine Tardy is concerned that she has lost a lot of weight and cannot find the invertebrates she feeds on in the Meditarreo. Nothing good awaits you here. There is too much boat traffic and she has already fallen into some fishing nets, from which she freed herself. Experts hope that in the next few days, Wally will return to Gibraltar towards the Pacific. It had been a decade since a specimen like this had been seen in these waters.