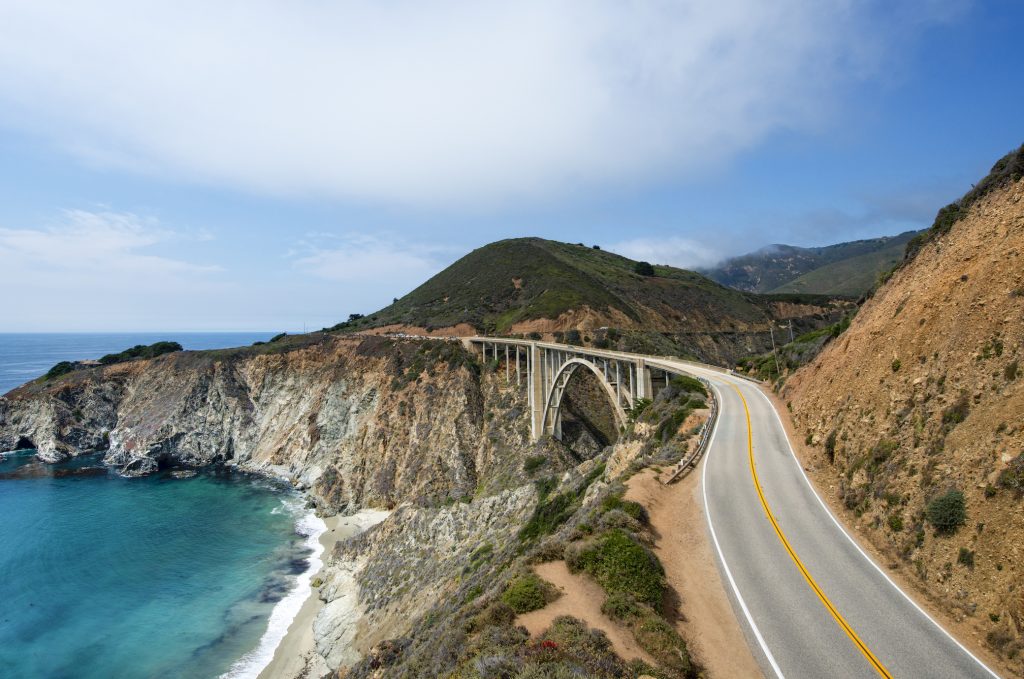 A bit of longing is associated with the name California – and images of the beach, sun, beautiful people and a good life in general. All of this is true, but California has much more to offer. The most populous state in the USA can be explored particularly well on a round trip.

Statisticians are mainly interested in the fact that the capital of California is called Sacramento and that the state has almost 424 million inhabitants. More exciting are cities like Los Angeles, San Francisco or San Diego, natural sites like Death Valley National Park, the Mojave Desert and the Yosemite National Park in the Sierra Nevada and roads like the Pacific Coast Highway, part of Highway 1. Not to mention the beaches and Californian wine. If you want to see as much of California as possible, you should make a round trip through the US state – by car, motorcycle or mobile home.

Dream destination (not only) for immigrants

California is also called the “Golden State”, and that has nothing to do with the golden beaches, but with the gold deposits that attracted the masses around 1850 and made the area a dream destination for many immigrants. Today it is less the gold, but rather this attitude to life that is associated with California and which was expressed musically in the 1960s by the “Beach Boys”.

For a round trip through California you should plan detours to the cities and have enough time for the regions in between. The most beautiful connection between Los Angeles and San Francisco, which is about 600 kilometers away, is Highway 1, which runs close to the coast. The fastest is Interstate 5, which you leave at San José to reach San Francisco. From there, take Interstate 80 towards Sacramento.

Detour to the Napa Valley

Shortly after Vallejo, it is worth making a detour towards Napa – the valley is famous for its wines. Then continue on the 80 to the Lake Tahoe (Turn onto 89 at Truckee). Highway 395 is the route that leads to Yosemite National Park. At Mono Lake, in the village of Lee Vining, you turn onto California State Route 120 and reach the Tioga Pass, which is closed in winter. With good reason: It is at an altitude of 3031 meters and is only open between May and November due to the weather. The 50 mile route is well worth a drive – but brakes should work well as the route is steep!

Also interesting: The best travel tips for Maine in the USA

Crane Flat continues on the equally awesome Big Oak Flat Road. A detour past El Capitan and Yosemite Village is worthwhile. Then take El Portal Road, which later becomes Central Yosemite Highway (140), and drive through Mariposa to Merced. California State Route 99 goes via Fresno and Visalia (there you could make a detour to the grandiose Sequoia National Park – accessible by road 198) to Bakersfield, on the 178 via Indian Wells and Ridgecrest and on the 190 to Death- Valley National Park.

If you like, you can continue from there Las Vegas. Or return to Los Angeles via 127 and Interstate 15 via Barstow and Apple Valley. Alternative: in Barstow on the 247 to Yucca Valley, on the 62 to Joshua Tree and into the national park of the same name.

You haven’t seen enough on this California tour, the state is much too big, too wild and too attractive for that. But it whets the appetite for more tours. And probably makes you fall in love – with the country, the people and the attitude towards life.

Information on entry requirements and the current corona situation in the USA can be found on the website of the Foreign Office.

This is where you will find content from Maps4News

In order to interact with or display content from Maps4News, we need your consent.

This is where you will find content from Weather

In order to interact with or display content from Weather, we need your consent.