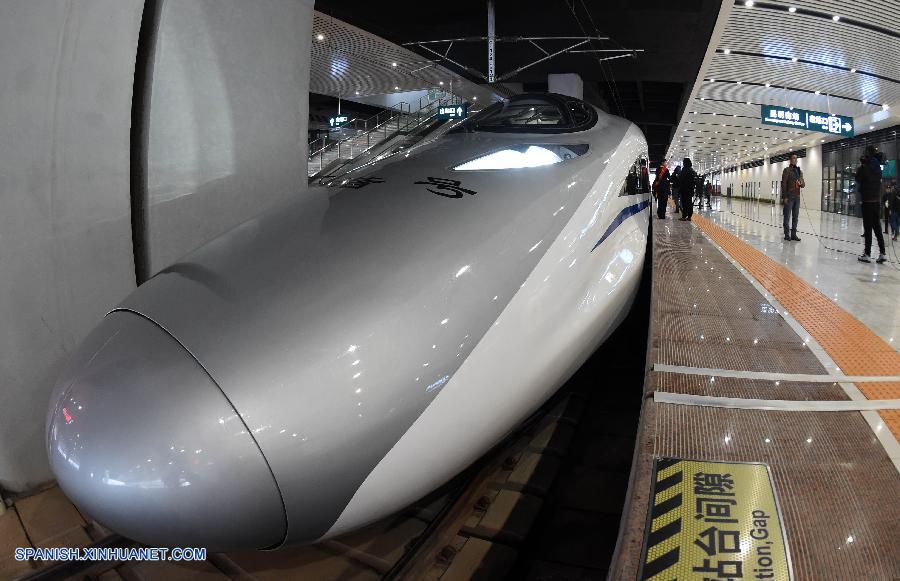 Megaworks are a reality in China and as evidenced by its emblematic and ancient wall. For ambitious engineering works the budget is not an impediment and less when it is intended to connect four of the greatest powers, today separated by 13 thousand kilometers.

Therefore, one of the ambitious projects that is surrounded by skeptical voices, is the high-speed train that intends to link Northwest China with the United States, record-worthy and on paper for seven years.

The journey of thousands of kilometers could connect both countries through a railway line, complemented with ports and airports that currently already provide a connection.

The project appeared seven years ago in a Chinese public media outlet, announcing the intention to build the line called “China-Russia-Canada-America”.

It is a corridor between those powers to facilitate commercial exchanges, and in the future, even passengers.

The distance of the line promoted by China is 13 thousand kilometers, if the ambitious route is ever carried out. The scheme aims to unite the northwest of the Asian giant with the United States, crossing an important part of Siberia, Alaska, Canada and the heart of the United States.

In 2014 it all worked out, engineers had planned to cross the Bering Strait that separates Russia from Alaska through a submerged tunnel 200 kilometers long. At an average of 300 kilometers per hour, there is an estimated duration of the trip of 43 hours, almost two days without interruption at that speed. However, the project, on paper, included the possibility of raising that speed to 350 kilometers per hour, which gives a travel time of 37 hours.

See Also:  Horoscope for March 2021 Cancer - what the zodiac sign is waiting for in love and money

All the above calculations are made with average speeds throughout the tour. Something really complicated – unless the speed is much higher – if we take into account that this backbone has planned to have intermediate stops.

As early as 2014, it was announced that China and Russia had held talks about the project in question. “Russia has been thinking about this for many years,” said Wang Mengshu, a railway expert at the China Academy of Engineering at the time. But since then nothing else has transpired and Wang’s statements appear to have not ultimately turned into firm agreements.

Four times the length of the Eurotunnel

The economic complexity involving so many countries together with the technique – and perhaps geopolitics – have been the insurmountable barriers of the project. Regarding the engineering area, the tunnel designed to cross the Berín Strait would be positioned as the longest ever built under water. To get an idea, it would be 4 times the length of the Channel Tunnel.

In the same 2014 publication, China announced that this line was only one of four international lines it planned to build. The other three would go to London, Germany and Singapore.

Currently, the Asian country has more than 37,900 kilometers of high-speed lines that unite the great population centers. All of them, moreover, have been put into operation since 2008. But construction spirits are far from ebbing and China will open 3,700 new kilometers in 2021. Far behind is Spain, the country with the best high-speed communications in all of Europe and second in the world. (just behind China itself) with 3,402 kilometers.

However, the pharaonic project is at a standstill. The latest reports indicate that the budget amounted to US $ 200,000 million, an amount that raised some critical voices.

Maritime freight transport and cargo planes are much cheaper methods today and they do not require extra infrastructure. Although all is not lost.

Three years ago, China approved the construction of the first submerged tunnel capable of housing one of the so-called high-speed bullet trains. The project consists of the construction of a 77-kilometer route from a port city near Shanghai to the Zhousan archipelago. Of those 77 kilometers, 16 of them will go in an underwater tunnel, according IFL Science.

Something like a pilot project, shorter than the Eurotunnel, which could be used to test the technology in larger projects such as China-Russia-Canada-America.

With information from El Español