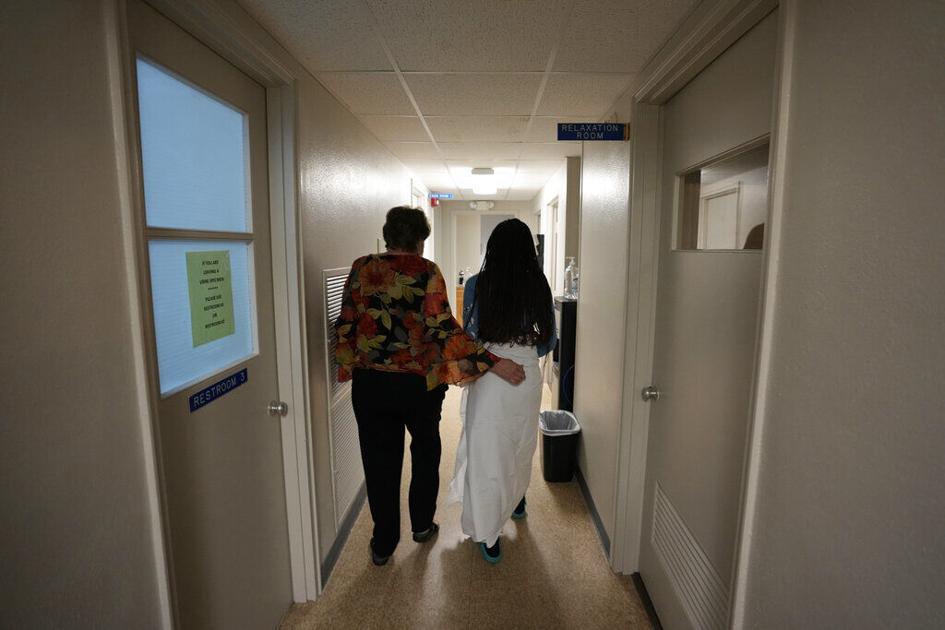 SHREVEPORT- The 33-year-old from Texas drove herself four hours overnight to get to an abortion clinic in Louisiana for a consultation. He originally planned to sleep in his car, but an assistance group helped him find a hotel room.

Single with three children between the ages of five and 13, she worries that the arrival of another baby will mean less time, food, money and space for her three children. Being unemployed and without the help of groups offering free abortions, she points out that she probably would have looked for another way to end her pregnancy.

“We must be listened to. This has to change, it is not correct,” he said.

She was one of more than three dozen women who came to Hope Medical Group for Women, a single-story brick building with closed windows south of downtown Shreveport. Some arrived alone. Others were accompanied by a friend or partner. Some came with their children because they could not find someone to take care of them.

All were seeking to end a pregnancy, and most were from neighboring Texas, where the most restrictive anti-abortion law in the country remains in effect. The law prohibits abortions once heart activity is detected, after about six weeks, before many women even know they are pregnant. It does not grant exemptions for cases of rape or incest. As a result, abortion clinics in the surrounding states are inundated with Texas women.

The women agreed to speak to The Associated Press on condition of anonymity so they can speak freely about their experiences.

Like many others, the 33-year-old Texas mother explains that she tried to schedule an abortion closer to home, but that was taking a long time. By the time she arrived at the abortion clinic, she was just over nine weeks pregnant and had to undergo a surgical abortion instead of using drugs. She added that the mandate left her upset with Texas politicians who passed the law.

“If I had to keep this baby, there’s no telling what would have happened. I probably would have freaked out and they don’t get it.”she said, upset.

A 35-year-old woman made the 70-mile journey from the southern tip of Texarkana, to the border shared by Texas and Arkansas. He said that she was five weeks pregnant before she found out she was pregnant and knew that it would be impossible to schedule the two required appointments at a clinic in Texas. By the time she was finally able to schedule an appointment in Shreveport, her pregnancy was almost too advanced to undergo a medical abortion.

“Luckily I found out when I did it, because then I could still take the pill instead of surgery,” he stressed.

When she was in the clinic, her husband waited for hours in the car with their youngest son, who is a baby and continues to be breastfed. They had no one to take care of them.

Texas law has been jumping from court to court for weeks. The administration of President Joe Biden again urged the courts on Monday to suspend it. That attempt came three days after a federal appeals court reinstated the law following a frenzied lower court ruling that created a short 48-hour window last week in which Texas abortion providers rushed to serve their clients. patients again.

The anti-abortion campaign that unleashed the law seeks to reach the United States Supreme Court, where opponents of abortion hope that the conservative coalition created under the government of President Donald Trump will end the constitutional right to abort established by the landmark ruling Roe v. Wade from 1973.

As most of the women pulled into the clinic’s parking lot, they were greeted by anti-abortion protesters, most of them from East Texas, who regularly make their way to Shreveport.

John Powers, 44, from Jacksonville, Texas, said he usually makes the two-hour trip a couple of times a month with the goal of changing their minds. In the 13 years that he has been protesting outside the clinics, he said he has convinced two women not to have an abortion, which he considers “changes of course.”

“I’m not going to say that it happens very often,” said Powers, who has six children and supports any laws that make it difficult for women to have an abortion. “Let’s say I’ve never achieved another change of course, that a baby can now grow up and marry and have children of their own, go to school and maybe become a journalist. That would be worth it, easily worth it to me.”