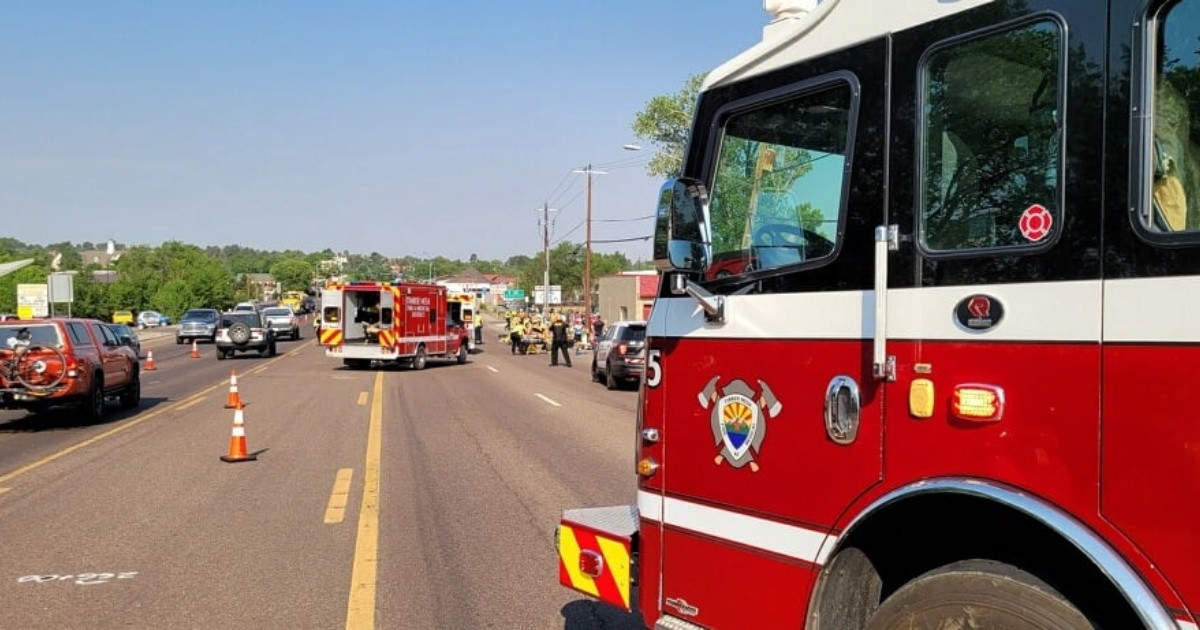 ARIZONA.- A motorist runs over a group of nine older adult cyclists, between the 55 and 70 years old, who participated in the charity race 13 Anual Bike the Bluff en Arizona.

The driver tried to escape, but after a few minutes he was subdued by the Policeman after being wounded by a gunshot.

Receive our
News bulletin in your email

Cyclists run over in Arizona, the victims

One more is hospitalized in a clinic but is stable and several were treated for minor injuries.

Bodies of cyclists fell on the hood of the car

According to information from the Department of Show Low Police, Arizona, the case occurred on Saturday at 7:25 a.m., when the driver of a Ford, Super Duty, 1500 pickup ran over the cyclists and then fled.

The officers followed him for several blocks and subdued him after being hit by a shot, for which he was transferred to a hospital but his condition is stable.

The identity of the driver has not been disclosed but it is a 35-year-old person. The community of that small town deeply regrets this incident.