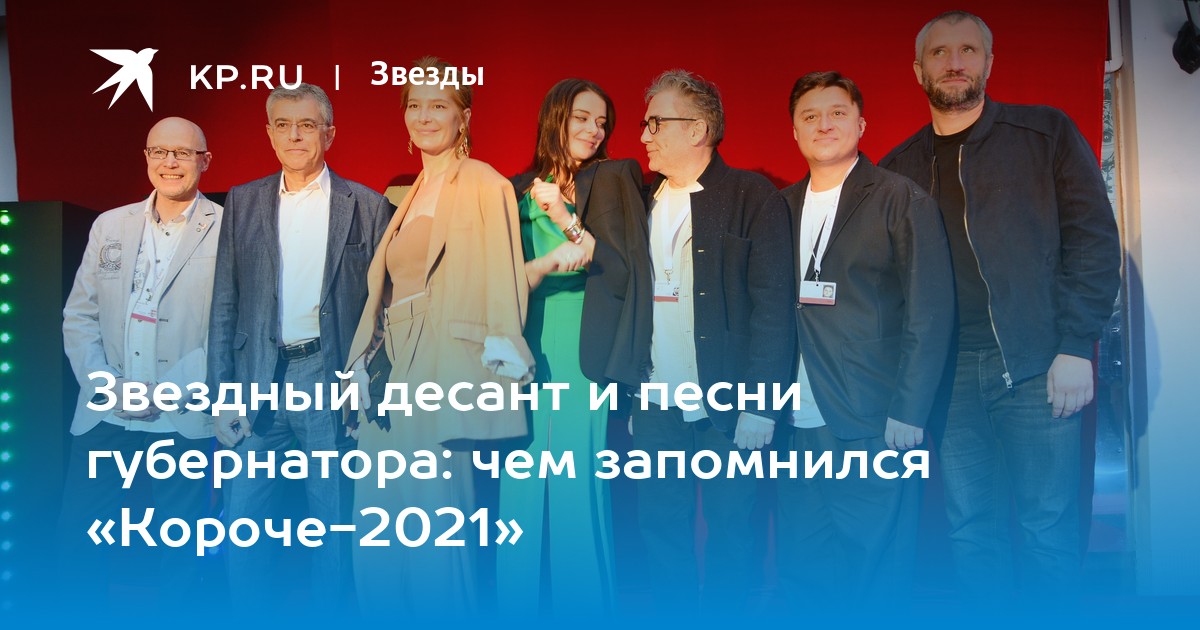 The Zarya was crowded and warm. While some were drinking cold sparkling wine, others were taking a selfie as a souvenir. The auditorium was gradually filling up. QR codes or certificates were not checked either at the entrance to the cinema or at the entrance to the cinema, although their presence was almost the main requirement for guests and participants of all stripes.

The appearance on the stage of the people’s artist Yuri Stoyanov was a surprise. He not only played the guitar, but also became the host of the ceremony, switching all the attention and love of the audience to himself.

– The pandemic is not over, but we have gathered together. Well, cool? Hooray! I love Kaliningrad. Because everything in this city is in the style of short films. Decided to see the sights? Please – Kant’s grave. Everything! The end of the excursion, – while the audience laughed, Stoyanov pointed to the governor, who was sitting in the first row, and said: – Offended!

Yuri Stoyanov became the presenters of the opening ceremony of the festival and warmed up the hall with specially prepared jokes.

Anton Alikhanov was hardly offended, since he was immediately called on the stage, presenting him as the head of a unique region: “This is the only place in Russia where flies land on amber, and not on what is usually”. Stoyanov wrote the jokes for the evening himself.

– Listen, you are 34 years old! At your age, I was the head of the unfortunate “Gorodok”, and you – the whole region. But you are still young, you still have everything ahead in our country, ”Stoyanov said, shaking hands with Alikhanov.

The governor, straying from the jokes of Yuri Stoyanov and the laughter of the public, read a greeting from the Minister of Culture Olga Lyubimova and summed up:

– Let’s be together, be next to each other, love each other, hug already. So that everything is good with us. All health, good!

Later, at a private party in Zarya, Anton Alikhanov behaved more relaxed – he sang songs into the microphone, and everyone danced. The video went viral on social media.

Anna Mikhalkova appeared at the closing ceremony of the festival. In Kaliningrad, she now has an important job – shooting the series “Vasnetsov”.

See Also:  Nizhny Novgorod kidnapped his ex-girlfriend to get her back

It was necessary to register in advance for screenings at Zarya and at the summer cinema in Central Park, and it seems that those who wanted to do it. At least the park was sold out. Most of the audience, of course, was gathered at the closing ceremony with an orchestra and a screening of the winning films.

The prize for the best film – “How to light an extinct fire” was awarded to director Sergei Filatov.

This year, 36 short films were presented in the main competition of the show, 35 more works were out of competition.

Who received the awards