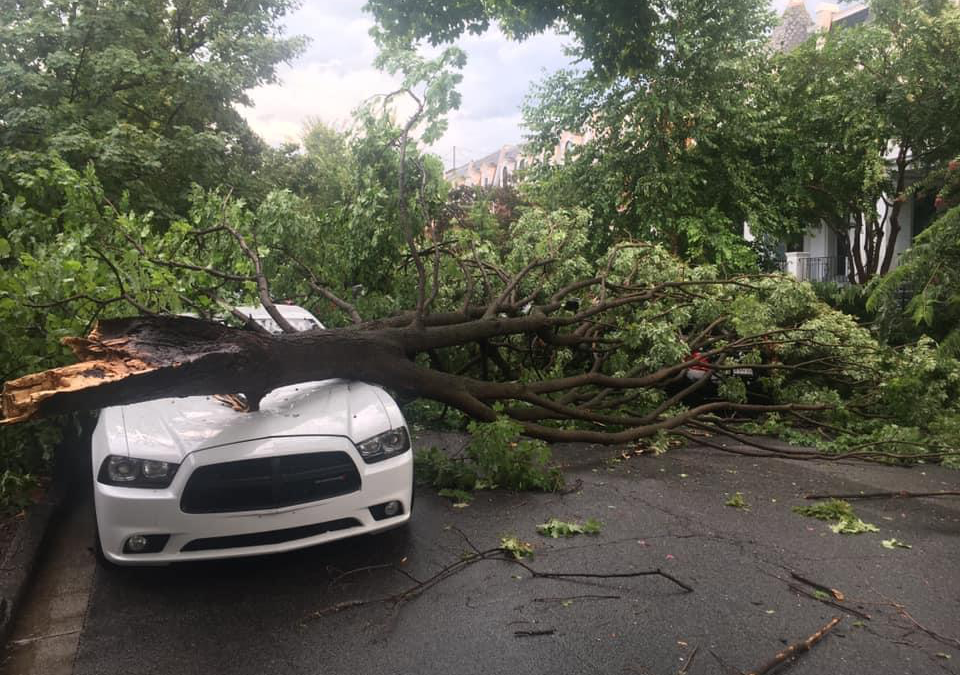 Severe storm watches are in effect for parts of DC, Maryland and northern Virginia Monday night as residents report flooding and downed trees.

Alerts are recorded in DC, Prince George’s, Charles, and Anne Arundel counties in Maryland, and parts of Virginia, including Prince William, Stafford, Spotsylvania, and Fauquier counties, and the cities of Fredericksburg and Manassas.

To see all the notices affecting the region, click here.

A Montgomery County Fire and Rescue Service spokesman said several streets were blocked as trees and cables had fallen in the Takoma Park and Silver Spring areas. Power outages were also reported.

The District area is expected to see more storms later this week. Chances of rain are low on Tuesday and Wednesday, but rising for Thursday through Friday morning.