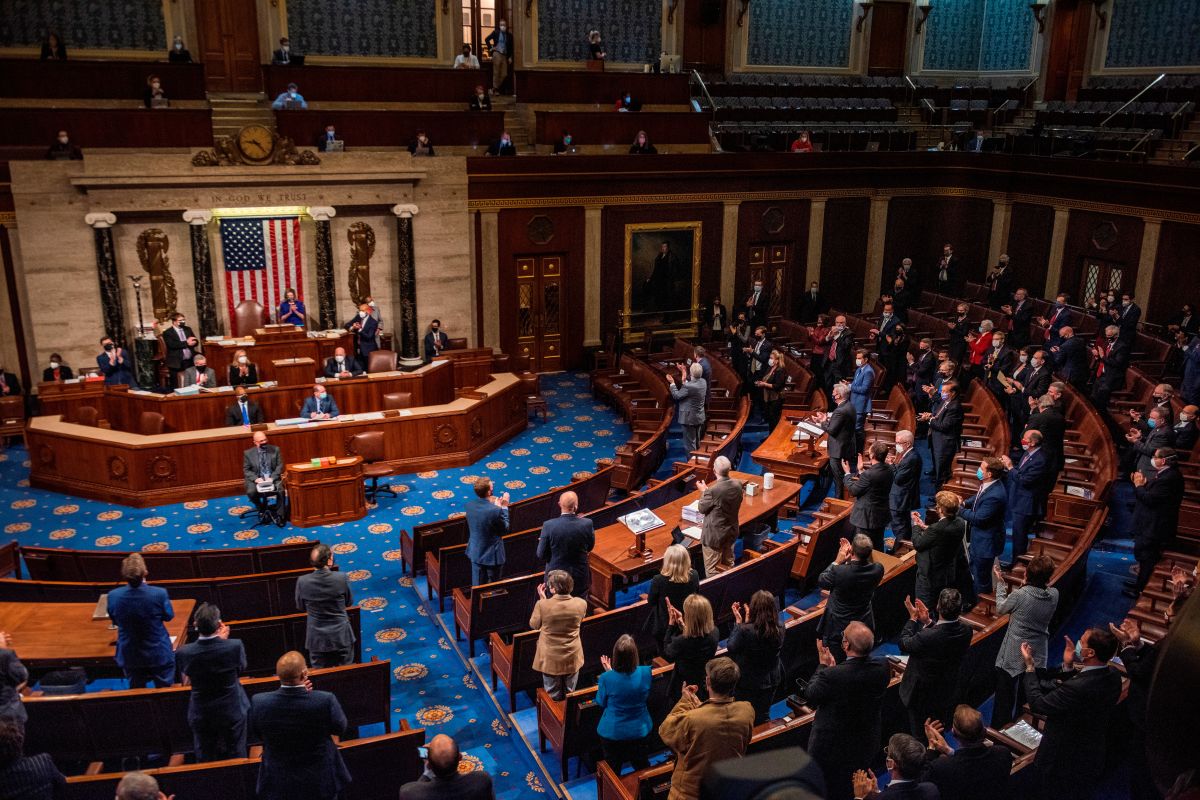 Members of Congress returned to the certification process after more than 6 hours of suspension.

WASHINGTON – The Senate on Thursday rejected an objection to the result of the November elections in the state of Pennsylvania, the last obstacle it plans to review before Congress ratifies the victory of US President-elect Joe Biden.

By 92 votes in favor and 7 against, the Senate voted to dismiss an objection to the results of the elections in Pennsylvania that Republican legislators had presented in the Lower House with the support of a Conservative senator, Josh Hawley.

“We do not expect any more votes tonight”, Senate Majority Leader Mitch McConnell said after the vote.

That means, once the lower house votes on the Pennsylvania motion, no more senators will endorse a possible objection in another key state, and the joint session of Congress will ratify this morning the victory of Joe Biden.

There was never any prospect that the objections raised in Congress would succeed, since each of them must pass a vote in plenary and the Democrats, Biden’s party, are a majority in the House of Representatives.

However, the outgoing president, Donald Trump, he insisted on putting pressure on the legislators and his own vice president, Mike Pence, so that powers that do not correspond to them under the Constitution and interfere in a session that is normally simply a formal procedure.

The Capitol is already safe. Mayor of Washington warns that the curfew will be strictly enforced

Trump’s harangues to thousands of his supporters concentrated in Washington on Wednesday resulted in an assault by hundreds of those supporters on Capitol Hill, which left four protesters dead, 14 police officers injured and at least 52 arrested.

That “failed insurrection,” in McConnell’s words, he dissuaded most of his allies in the Senate from their plans to raise or endorse objections to the result in several key states where Biden won.

Only Hawley went ahead with his plan to challenge the result in Pennsylvania, although six other Republican senators later sided with him in the vote on the issue, in the full Senate.

Before Pennsylvania’s turn came no Republican senator supported attempts by multiple congressmen to challenge the results in three other key states where Biden won: Georgia, Michigan and Nevada.

Under US law, to trigger a debate and vote in Congress on the possibility of rejecting the result in a state, it is necessary to have at least one congressman and one senator to support the idea.

The objection in the Pennsylvania case caused the joint session in Congress to go into recess, so that each of the two houses debated separately on the issue, although the Senate went directly to vote.

A few hours before, Congress also voted in favor of respecting the outcome of the Arizona elections: the attempt to reject what was voted in that state failed by 93 votes to 6 in the Senate and by 303 to 121 in the House of Representatives.

The debate on the outcome in Arizona had begun in the early afternoon, but was interrupted by the assault on the Capitol by Trump supporters.

By resuming the session six hours later, once the Capitol was cleared, both houses of Congress continued the debate on Arizona, and then on the rest of the states that voted on November 3 to elect Biden.