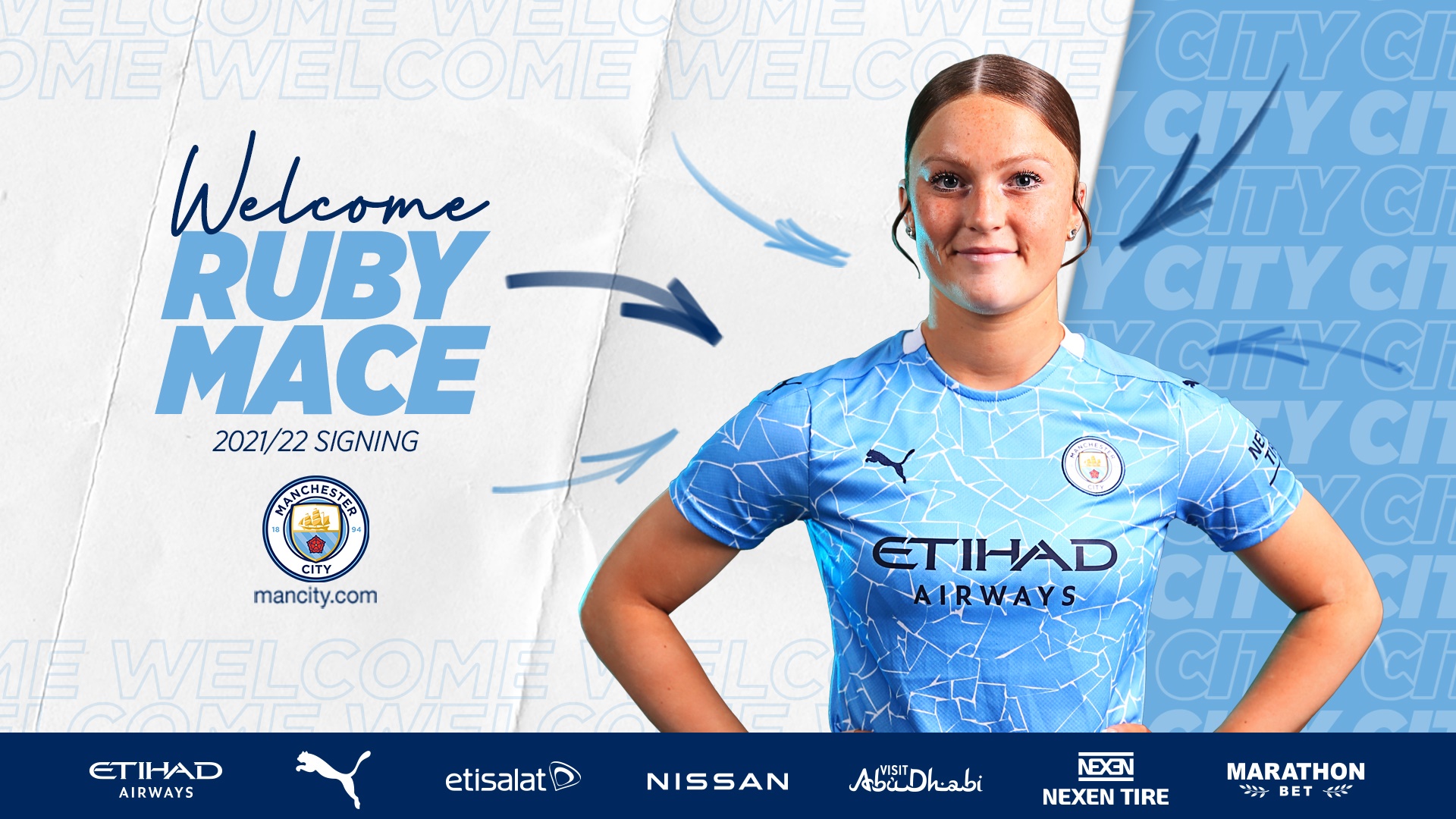 The English international in the youth category comes from Arsenal and signs for three years.

Ruby Mace is a new Manchester City player. The 17-year-old English youth international arrives from Arsenal and signs her first professional contract for the next three years. He will wear jersey number ’30’.

Mace made his debut for the Gunners first team in September 2020 against Tottenham, in the quarterfinals of the Vitality FA Cup in which he entered the place of Kim Little and ended with Arsenal victory 4-0.

After challenging new opportunities with the first team, including against Chelsea and London City Lionesses in the Continental Tires League Cup and in the Women’s Super League against Brighton & Hove Albion and Spurs, Mace joined Birmingham City in February 2021.

Eligible to play for both teams under double registration, Ruby played eleven times in total for the Midlands team, scoring two goals against West Ham United and Reading.

International with England in the lower categories and currently in the U19 team, he made his debut with the U15 in October 2017 against Scotland, captaining the team. His first goal for the national team came against Switzerland shortly after.

Mace has signed a three-year agreement with City that will keep her attached to the Club until the summer of 2024.

“I am very happy and excited to join Manchester City,” she said in her first remarks after signing.

“At 17, this is the most important moment in my short career so far. I have a lot to learn and develop in my game and I feel that this is the best environment to achieve my dreams. “

“Incredible Players, Incredible Club and Incredible Coaches! I would also like to thank Arsenal for everything they have done for me to get me to this point. “

City manager Gareth Taylor declares. “We are delighted to have added Ruby to our team. She is a talented player who we believe has a very bright future ahead of her.”

“She has already shown that she can make her mark in the Super League and we look forward to working with her for the next few seasons.”

“We have had several young players make their mark here at City in recent years and we hope that Ruby will be the next in this long list of success stories.”

Manchester City Women’s Managing Director Gavin Makel concludes: “We are delighted to welcome Ruby, who is one of England’s most exciting young talents, to the Club.”

“We know the potential she has and we look forward to working with her to develop it further.”