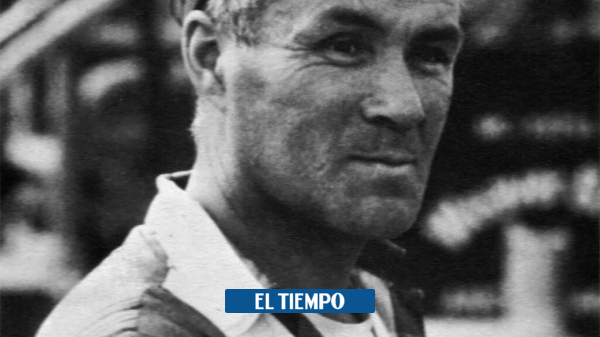 “My mother was an Athabascan. She was born around 1875 in a small town at the mouth of the Hogatza River, a long day’s walk from the Arctic Circle. The region was quite rough, with blizzards and a cold of sixty below zero every month winters, and it was always flooded after the spring thaw, swamping the tundra with mossy bogs, so that a man could navigate the rivers, but for nothing he could open a path of more than a mile between them ”.

(We recommend reading: The chronicler of old books).

In the end of the world catch from the start by the Magic power which prints using the first person. There is no spell more powerful than feeling like the depositary of the other’s narrative. That other is James Huntington (1916-1987) who, through the fine and meticulous work of everything he told Lawrence Elliott in 1966 –who was editor of the legendary Reader’s Digest-, takes us on the flight of their memories to a world that is also another, alien, far away, unimaginable for us, readers of the Latin American tropics in the 21st century. With Huntington we fell flat on the Yukon, Alaska, on the edge of the Arctic Circle.

The memoirs were written by Lawrence Elliott, former editor of the Reader’s Digest.

Courtesy of the publisher

Huntington’s Memoirs – Son of a Mother indigenous and American father – are fascinating not only because their life is full of challenges, tragedy, setbacks, beauty and triumphs in a wild and rabidly alive scenario –because Alaska is not only a geographical place, it is the other great character in this vital story embodied by nature as a whole–, but because it illustrates us about absolute otherness, that of the total north, the one that even in our imagination we do not know.

An autobiographical account transcends the ‘adventure book’ when he manages to create the social, natural, cultural and historical portrait of a geographical space in a given time, and that is what he achieves In the end of the world. In addition to discovering the rivalry between Indians and Eskimos, we witness the settlement of Alaska by the white man guided by the exploitation of gold in a territory that, for centuries, was there to take only what man has needed to survive, no more, no less.

(We recommend reading: An atlas of geographic oddities).

But, in addition, these memories are a tribute to the human spirit, to the persistence, to daily courage. To the fight in the most beautiful and most rugged scenario imaginable. Not all of us have to deal with brown bears or distribute traps in the snow at minus 50 degrees to hunt foxes, bears, martens, hares or minks to survive on their meat and sell their skins.

Nor do we know of the joy that the arrival of the school of salmon can awaken in the fisherman that he must dry to save for the future and feed his dogs, on which he will depend for survive in an environment that seems infinite and that you can only go up in sledges pulled by them, boats or precarious planes.
It is worth saying that the edition of the Bogota editorial Hunger Books it makes the reading of these prodigious and rabidly human memoirs even more joyful.

Diego Uribe-Holguín’s translation – the first to be made into Spanish – builds a smooth, close and fluid narrative that, together with the illustrations of the Colombian artist Kevin Simón Mancera that dot its pages, does not plunge into the bowels of this intrepid and wild that “shakes us with its icy and stormy breath, like a blizzard in the middle of the tundra.”

– ‘Singing is surviving’, music as a synthesis of life