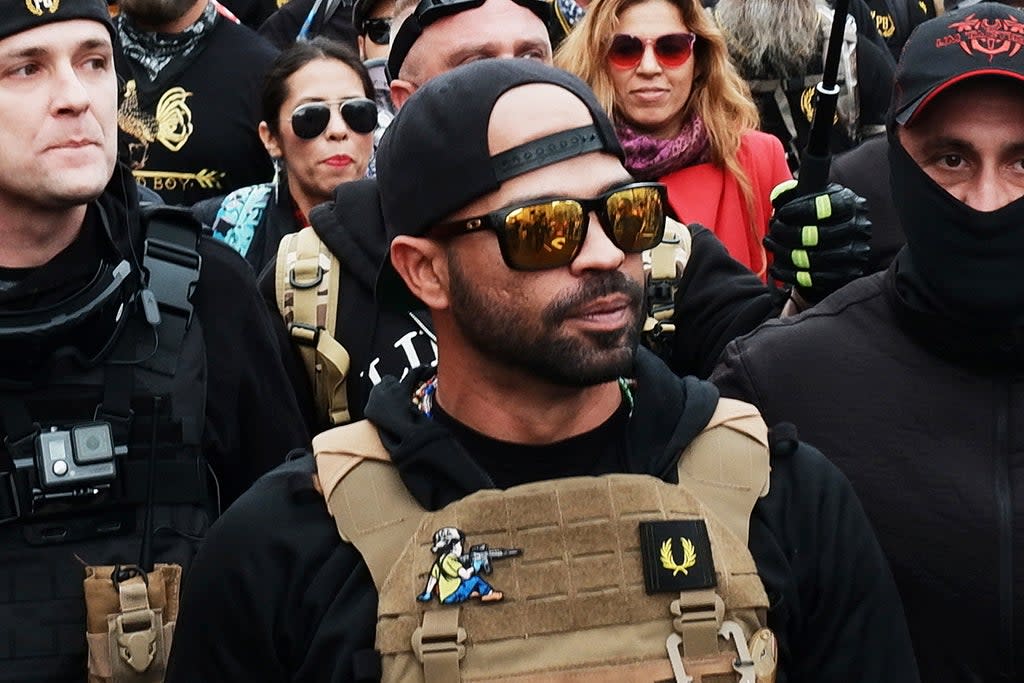 Five months after the riots in the Capitol from the United States, the far-right group Proud Boys it has been hit with accusations and suffered internal divisions.

“We have had a bad time,” he told AP News Henry “Enrique” Tarrio, president of Proud Boys.

More than two dozen Proud Boys have been arrested as federal prosecutors investigate the january 6 attack, during which supporters of Donald Trump, including right-wing groups like the Proud Boys and Oath Keepers, stormed the Capitol. Investigators have accused four leaders of the Proud Boys, although not Tarrio, who was not there, of planning and leading the insurrection.

Discouraged by the federal attack, various divisions of the group have separated from the national leadership. The divisions of Seattle, Las Vegas, Indiana and Alabama have declared their independence.

“We reject and disallow the proven federal informant, Enrique Tarrio, and each and every division that chooses to partner with him, ”the Alabama headquarters said in February, referring to Tarrio’s 2012 cooperation with the FBI in a fraud case.

Meanwhile, experts say the group has lost some of its purpose since Trump left office. Following his defeat in 2020, the former president lied for months that the elections had been stolen, and the Proud Boys fought to reverse their defeat. But after Trump left for Mar-a-Lago, it was not clear how to continue the fight.

“I think something like this is happening right now in the broader far-right movement, where the cohesive fabric that brought them all together, being the 2020 election, has dissolved,” said Jared Holt, Atlantic Council analyst, Laboratory of Digital Forensic Investigation, according to AP.

Holt compared the January 6 attack to the 2017 ‘Unite the Right’ rally in Charlottesville, Virginia, where white supremacist protesters clashed with leftist counter-protesters, leaving one of them dead.

“Like ‘Unite the Right,’ there is a major disaster, a public relations disaster, and now they have caught the attention of federal agents,” Holt said. “And it is even more intense now because they have the national security apparatus putting pressure on them.”

The Proud Boys claim to have more than 30,000 members in the US Trump briefly elevated the group to national infamy by mentioning them in a presidential debate, ordering them to “stand back and stand by.”

The group calls itself a “Western chauvinist” and denies any connection to white supremacism, but experts dispute that claim. The Southern Poverty Law Center, which studies hate groups, notes that the Proud Boys have repeatedly attended white supremacist rallies and trafficked “anti-Muslim and misogynistic rhetoric.”

“The actions of the Proud Boys belie their disapprovals of bigotry,” says the SPLC.

Trump has charged his own Secret Service agents $ 40,000 per Mar-a-Lago room since leaving office.

Contact was found between the Proud Boys member and Trump’s associate at the White House before the Capitol riots, a report says