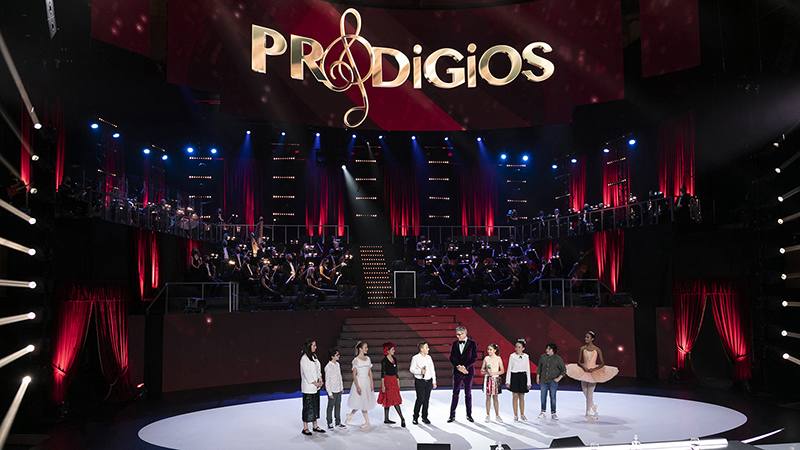 In the second gala of ‘Prodigies’, Nacho Duato and Andrés Salado They will be accompanied by one of the best tenors in our country: Jose Manuel Zapata. The consultants Nancy Fabiola Herrero, Antonio Najarro and Lucas Vidal will help the jury select tonight’s singing, dance and instrumental semifinalists. In addition, for the first time in ‘Prodigios’, the horn will be premiered as an instrument and the first representative of the Bolera School will perform, a dance of great technical complexity, which draws on classical dance and French and Italian court dances of the seventeenth century.

The jury will meet a 12-year-old from Murcia who began her romance with opera at the age of six, when she found a video of María Callas and tried to imitate her voice, and a violinist who identifies with the lyrics of the Alaska song ‘A who cares’, among other participants. Also, you will enjoy pieces by Tchaikovsky, Verdi and Brahms and will be immersed in the soundtrack of the movie ‘Titanic’.

The Symphony Orchestra of Castilla y León, conducted by Salvador Vazquez, will play one of the songs from the movie ‘Frozen’ and part of the repertoire of Manuel Alejandro, a genius behind the success of artists like Raphael, Rocío Jurado and Julio Iglesias. Finally, the singer Melani Garcia, Spanish representative at the 2019 Junior Eurovision Song Contest, will sing the song ‘Vivo por ella’ at the Miguel Delibes Cultural Center of Valladolid.

José Manuel Zapata began his relationship with classical music “very late”, at the age of 18, when he was caught in a choir. It was love at “first listening.” Soon after, he sang as a soloist and in 2002 he met the two people who changed his life: Alberto Zedda and Gioacchino Rossini. This is how he made his debut at the Metropolitan Opera House in New York. He has gone up to the Royal Theater in Madrid, the German Opera in Berlin and the Theater of the Champs Elysees in Paris, among others, in addition to singing with the best in the world. Two years ago he began his career as an inspirational speaker, using music as a tool to instill the universal values ​​that he has found in it.