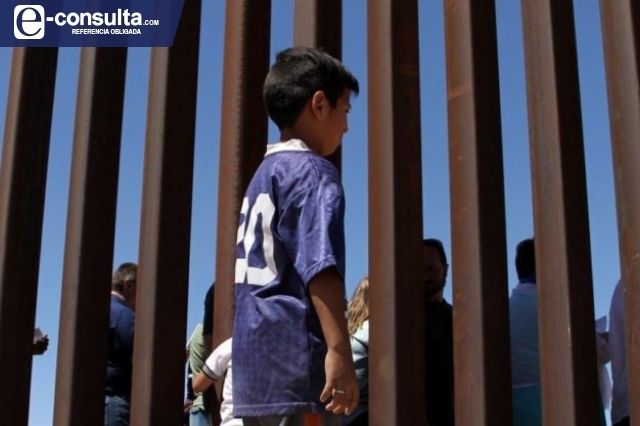 The minor was trying to cross the border in order to reach his parents, who live in Chicago

Before him false rumor to get a migratory regularity, a minor of only 8 years old from Izúcar de Matamoros was rescued by the patrol border when it was abandoned by polleros in the territory of Tucson, Arizona, the above made it known Ricardo Andrade Cerezo, the president of the foundation Dry feet.

Ricardo Andrade detailed that the child was trying to cross the frontera with the aim of reaching their parents, who live in Chicago, Illinois. It also stated that the minor left his municipality in a vehicle and arrived until Agua Prieta, from there he went to the border together with the group of people with whom he was going and the polleros abandoned them in the zone de Tucson, Arizona.

The minor was found with the telephone number of his uncle, who is a resident of the neighboring country and lives in Illinois, in addition to carrying a power of attorney signed by his grandparents so that he was reunited with his parents.

The president of the Foundation also revealed that the cameras of the border Patrol, captured the moment in which the little boy stepped on US territory and was later left by the men who helped him to cross, so after 20 minutes he was rescued by agents and transferred to a refuge where he was treated by doctors, since it presented a mild dehydration.

Given this fact, Ricardo Andrade specified that it is not the time to send minors alone to cross illegal the border, because the heats in the desert They are lethal, in addition to being in great danger due to the insecurity of the neighboring states american union.

See Also:  Cases of children under 13 crossing the border alone in Yuma increase

“They are not the moments of migrate. You have to wait for immigration reform to see the reinsertion and reunification ”, he also explained activist.

It should be noted that the leader migrant He also mentioned that only in the month of March and so far in April, an average of 3,500 Mexican children who are detained in the frontera and that are in shelters or under the protection of authorities Americans; some of them have already been returned to Mexico.