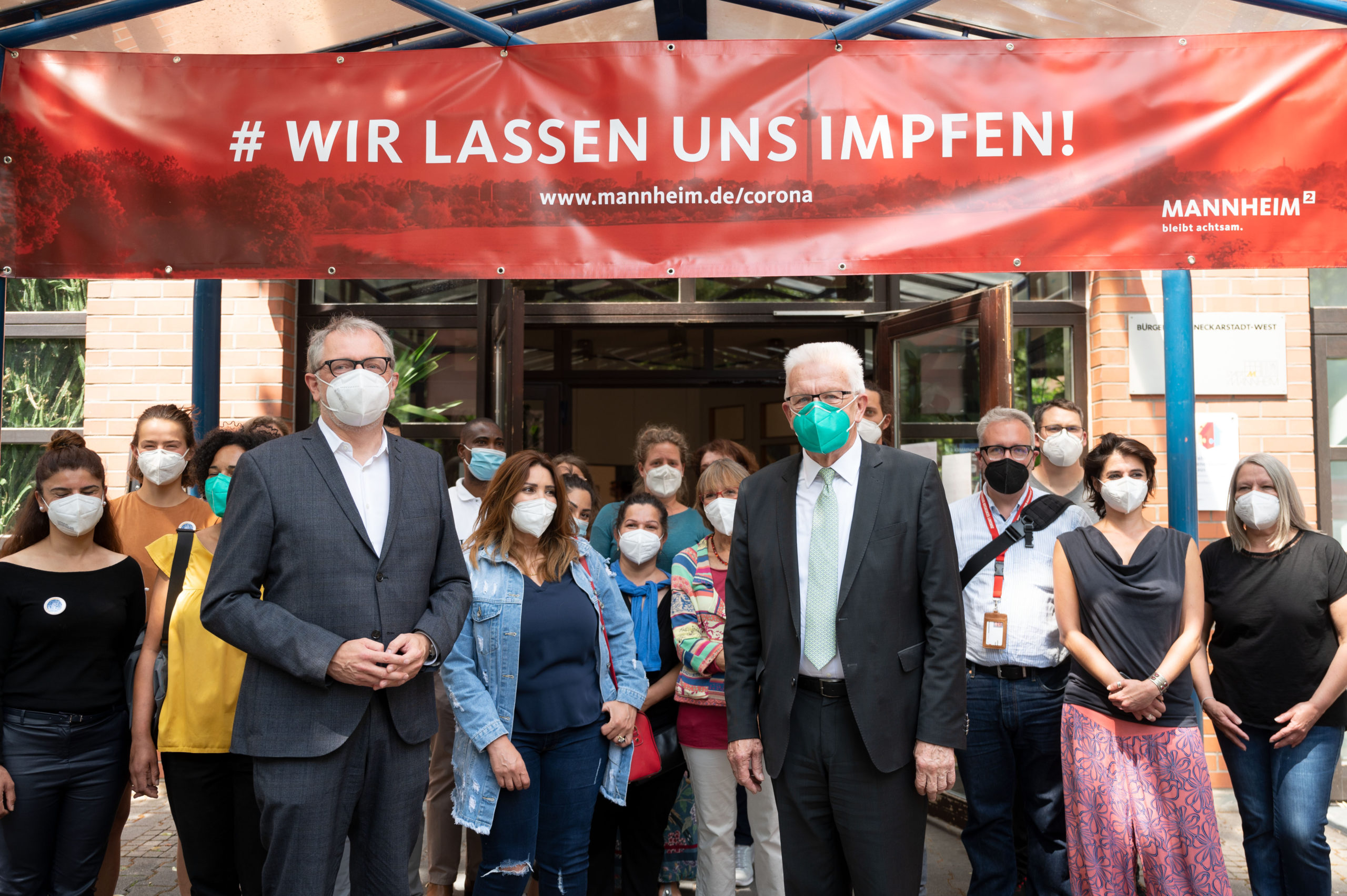 In Germany, the debate about an obligation to be vaccinated against the corona virus is picking up speed. Now the head of the Chancellery, Helge Braun, is calling for more freedom for vaccinated people than for unvaccinated people.

In France, the compulsory vaccination against protests from the population was adopted by a clear majority in the National Assembly.

While in France the compulsory vaccination for occupational groups of strategic importance, such as medical staff and firefighters, was pushed through despite resistance from the population, the discussion in Germany continues. In the meantime, there are increasing voices in this country that no longer completely reject the compulsory vaccination.

Chancellery Minister Helge Braun (CDU) has openly opposed Chancellor Angela Merkel (CDU). There would only be a high incidence of infections, so Braun im Interview with the “Bild am Sonntag”if the vaccination rate is not high enough. The consequence for Braun: “Vaccinated people will definitely have more freedom than unvaccinated people.”

The main question is: How can a fourth wave and thus a new lockdown be prevented? A crucial point is a vaccination rate that is as high as possible. The Robert Koch Institute assumes a necessary rate of 85 to 90 percent due to the highly contagious Delta variant. This is the only way to adequately protect people for whom there is currently no vaccination offer.

Safe school lessons should be guaranteed

The schools are particularly in focus. Human geneticist and ethics council member Wolfram Henn recently called for mandatory vaccination for staff in daycare centers and schools. The main reason: Children have to be better protected because they “carry the virus into their families and infect people from risk groups.” Because there are no approved corona vaccines for children under the age of twelve.

The protection of children also plays an important role for the head of the Chancellery, Braun: “If the incidence increases as expected, it will be very difficult to keep the infections out of the schools. It is therefore very clear to me: parents, teachers, caretakers and school bus drivers have to get vaccinated. If these groups are all vaccinated, the risk for the children is less. “

Merkel’s potential successor, Armin Laschet (CDU), does not believe in such measures either. In the ZDF summer interview, he emphasized that he did not believe in compulsory vaccinations or indirect pressure. So there are no disadvantages for those who have not been vaccinated.

This is also how FDP leader Christian Lindner sees it. Test-based opening concepts have proven their worth so far, according to the FDP top candidate in the ZDF morning magazine. The compulsory vaccination is not correct for Germany. “But one thing is clear, we have to act.” Justice Minister Christine Lambrecht (SPD) believes that mandatory vaccinations are not legally feasible. For certain professional groups, such as medical staff, you have to continue to rely on mandatory tests for those who refuse to be vaccinated, she emphasized in the ZDF morning magazine. However, it is not clear whether the “whether the test options will then be at their expense and no longer at the expense of the general public”.

Support from the Greens

There is backing for Braun’s advance, among others, from World Medical President Frank Ulrich Montgomery. He saw no reason to withhold freedom from vaccinated and immune people, Montgomery told the newspapers of the Funke media group. Horst Seehofer expresses himself similarly in the RTL / ntv interview: He pays attention if someone forego the vaccination for personal reasons, but this must also result in the insight that they cannot participate in larger community events.

Support for the head of the Chancellery Braun also comes from the Greens: In addition to Robert Habeck, Winfried Kretschmann, Prime Minister of Baden-Württemberg, spoke. “We are not planning any compulsory vaccination,” he said, adding: “I cannot rule out compulsory vaccination for all time,” but it is possible that at some point there will be variants that require exactly that – in case of doubt also for certain professional groups or areas as is the case with measles.

This is what it looks like across Europe with mandatory vaccinations

In other EU countries, such as France and Greece, facts are being created. Because of the widespread use of the Delta variant, French President Emmanuel Macron has introduced compulsory vaccinations for doctors and medical staff. Macron justified the step, among other things, with the high death rates in nursing homes. If you don’t get vaccinated by September 15, 2021, you face fines, Macron said. In Italy, vaccination is compulsory for employees in pharmacies and in the health care system, where wages and salaries are threatened and they are suspended from work. The Greek government of Prime Minister Kyriakos Mitsotakis had announced compulsory corona vaccination for health and care workers. However, these countries are exceptions in the European Union.

See Also:  Watch the moment the police storm the secret shisha bar above the restaurant

In Germany, experts consider the right communication – for example through commercials – to be more crucial. This is also due to the fact that the willingness to vaccinate is already very high in Germany. Currently, almost 59 percent of Germans have received at least one vaccine dose, 43 percent are already fully vaccinated.

According to a non-representative, random survey by the Robert Koch Institute, around 58 percent of people who have not yet been vaccinated want to be vaccinated in any case. Only a good ten percent definitely reject the vaccination.