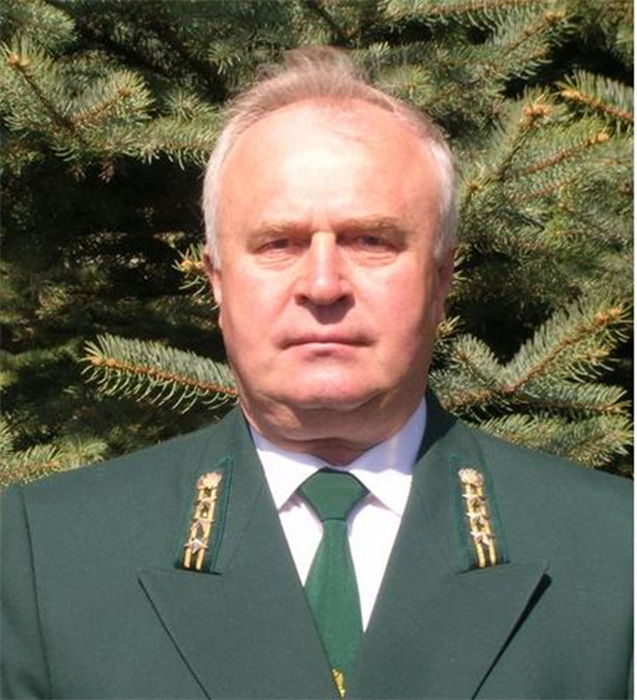 Staromaynsky forestry has the title of “The best forestry of the Russian Federation”, and those who have been there recognize that it is really the best. And all thanks to Vaganov. Since 1987, Nikolai Vasilyevich became the head of the forestry enterprise, actively restored forests in the Ulyanovsk region, established deep processing of wood, organized waste-free production. For a year now, the head of the forestry enterprise has taken a well-deserved rest, but, as before, he devotes most of his time to nature. Now he is enjoying it.

“I’m already retired. I go fishing, spend a lot of time in nature. I love nature. What can we say about me … “, – Nikolai Vasilyevich admitted to ulpravda.ru.

With the fact that any talk about the achievements of forestry in the Ulyanovsk region is somehow connected with his name, Vaganov strongly disagrees. In addition to being honored and active, he is also modest. He says that from above it is clearer there who deserves what, and does not like to brag, but he cannot but agree with the fact that his native forestry is still the best.

“I have raised a whole galaxy of leaders. I must say that we have the most advanced forestry enterprise (now we have forests on lease), enterprises for deep wood processing. We recycle everything. Even waste – some kind of sawdust, cuttings – we process into pellets, which are in demand. Today it is fashionable to use them for biofuel, ”Nikolai Vasilyevich admitted.

Nikolai Vasilyevich always knew that his whole life would be connected with the forest. It’s just love. Congenital and mutual.

“Working with the forest is very interesting, especially if you were born for this. You have to love any profession. And not for the sake of well-being, financial pleasure. I grew up in a forest village in the Chuvash Republic. He graduated from high school, then from the polytechnic department of forestry, and from the 74th year he worked in the Ulyanovsk region. I retired from last year, although I have had a retirement age for a long time. But they also ask somewhere to consult, I go, talk to people. It happens. Social burden ”, – said Nikolai Vasilyevich.

Vaganov now only observes the work of the “youth”, but he has great hopes for the new generation.

“Young people now have slightly different aspirations. The future generation should be better than us, ”the honored forester is sure, and on the eve of the Day of Russia wishes everyone health and beautiful nature around.

Nikolai Vasilievich Vaganov was born in 1952 in the village of Urusovo, Ardatovsky District of the Mordovian Autonomous Soviet Socialist Republic, into a working family with many children.

He has been working in the forestry system of the Ulyanovsk region since 1974.

With the direct participation of Vaganov, natural monuments of regional significance “Colony of gray herons”, “Coast of Eagles” and “Forest Pearl” were created on the territory of Staromainsky district.

Under the leadership of Nikolai Vasilyevich, the reform of forestry was successfully carried out. On the basis of the subsidiary farm, a strong diversified enterprise for the production of meat, milk and grain was created. Staromainskiy Leskhoz, in the course of the ongoing forestry reforms in accordance with the new Forest Code in 2008, was the first in the region to switch to long-term lease relations. In April 2009, the non-profit partnership Forestry Production Complex Caring for the Forest, one of the enterprises of the Staromain Forestry Enterprise, won the All-Russian Timber Industry Award AWARDS in the category For Effective Forest Management.

Nikolai Vaganov pays great attention to charity: assistance was provided in the construction of the Komarovsky women’s monastery, the restoration of churches in the city of Ulyanovsk, p. Krasny Yar, r.p. Novocheremshansk, s. Staraya Sakhcha, s. Sukhodol, mosques in the village. Enganaevo, s. Tatarskoe Uraikino, r.p. Attic. Is the main sponsor in the construction of a burnt mosque in the village. Popovka Cherdaklinsky district, madrasah in the settlement Attic, an Orthodox church in the village. Bolshaya Kandala, restoration of the Epiphany Church in the r. Old Maina. In September 2016, in the r.p. Staraya Maina the Forest Museum was opened, the exposition of which was highly appreciated by the scientists of the Russian Forest Museum in Moscow

He was a deputy of the Council of Deputies of the municipal formation “Staromainsky District” of four convocations. As a deputy of the Legislative Assembly of the Ulyanovsk Region of the V convocation, he is actively working as a deputy in the committee on agrarian issues, food, rural development, nature management and environmental protection.