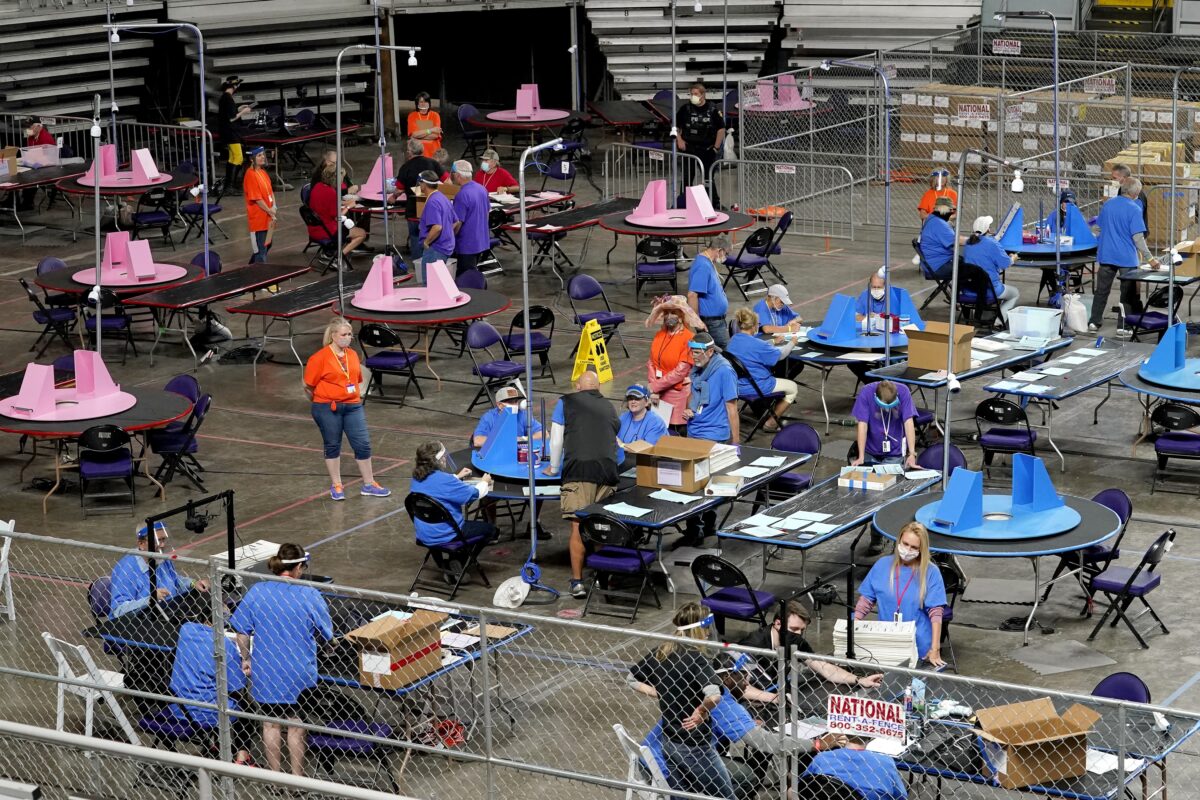 Republican Senator Doug Mastriano said Tuesday that he believes Pennsylvania could have an audit of the 2020 presidential election by July, if the proposal receives adequate backing.

“If we had the support of the majority of the members in any committee, we would do it from and from the body [Senate] itself, probably in July, we got to see it, “Mastriano said during an appearance on” Just The Truth “by Real America’s Voice.

Days earlier, a Pennsylvania delegation that included Mastriano visited an election review that was taking place in Arizona’s largest county. The Maricopa County audit has been in place since April 23.

Mastriano, who was joined by Republican Senator Cris Dush and Republican Rep. Rob Kauffman, told a group reporter at the time that he supports a state audit like the one running in Arizona.

“I don’t mean to dump anything. I’m just trying to figure out what went right, what went wrong, and how we can have better choices in the future. ” he said.

That’s the same reasoning that Arizona senators have put forward in explaining why they ordered the Maricopa County audit.

Mastriano said a state Senate committee could use its subpoena powers to send a letter to a county or multiple counties indicating its intention to audit the votes for the 2020 presidential election.

The Republican senator did not elaborate on whether he thinks state legislative leaders will back an audit.

Mastriano said last week that a poll showed that about 40 percent of voters in Pennsylvania are concerned about the integrity of the election.

Auditors hired by the Arizona Senate, led by Florida-based Cyber ​​Ninjas, are reviewing the nearly 2.1 million votes cast in Maricopa County during the 2020 presidential election. They have also examined tabulators and other machines. used during the contest.

”They have microscopes and lights. A camera takes a photo at an angle so you can see if the places being filled in were by humans or by machines, ”Mastriano said of the audit process during a Facebook Live on Thursday.

“If you do an audit in Pennsylvania, the Arizona model is right,” he said, noting that an audit in the state would be transparent and nonpartisan.

Senator David Argall, a Republican who chairs the Pennsylvania Senate State Government Committee, told The Epoch Times in an emailed statement that he supports an audit of the 2020 presidential election.

“I support calling for an election audit, in order to answer any questions that remain about the fairness of the 2020 Pennsylvania election. This is the best way forward to address the legitimate concerns of the vast majority of my constituents who voted to re-elect President. [Donald] Trump, as well as all Pennsylvanians, ”Argall said.

“This is just one of many electoral reform efforts that I hope to see approved here in the coming weeks.”

Zachary Stieber contributed to this report.