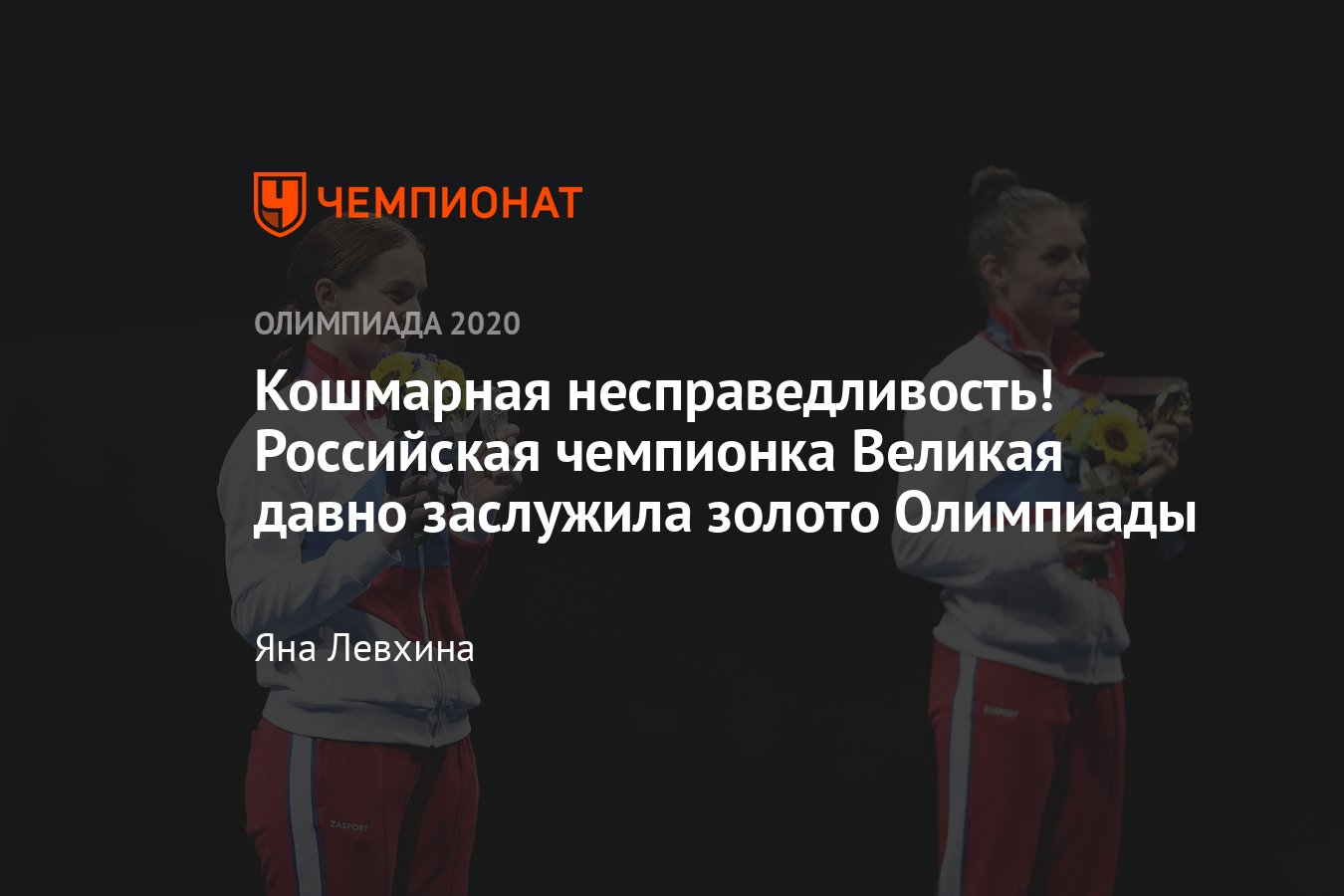 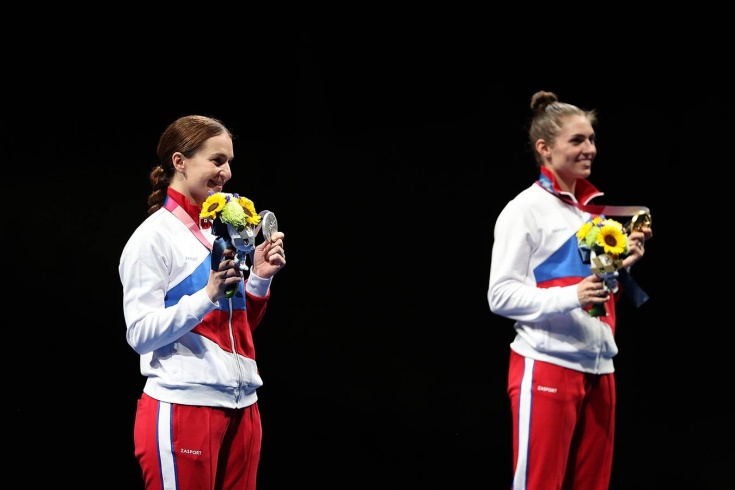 The legendary swordsman again failed to remove the Olympic spell. But Sophia does not give up and is already thinking about the fifth Games!

The final of the saber fencer tournament at the Olympics gave the Russian fans fantastic emotions. Absolutely cosmic Sophia the Great at her fourth Games, she reached the final for the third time in a row. It seemed that now the spell of personal Olympic gold would fall – well, fate simply cannot be so cruel to a hardworking and surprisingly talented athlete.

It turned out, as far as it can. Sophia again lost to her compatriot and again was content with silver. What a terrible injustice! 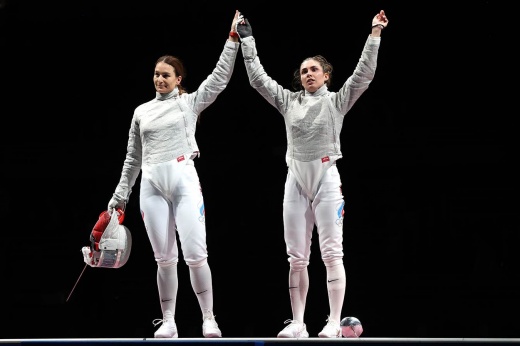 The saber fencers brought Russia gold and silver at the Olympics. So why do you feel like crying?

Now it’s scary to think about it, but there might not have been numerous Great victories. As a child, Sophia almost had an accident – the girl fell into a pit filled with water. Fortunately, the elder brother Grigory noticed his sister’s disappearance in time. He dived into the water and managed to save the child. Gregory generally played a huge role in Sophia’s life. It was he who was the first in the family who became interested in fencing, and then pulled into the section and his sister. The women’s saber as a discipline was just in its infancy. Sophia switched from foil fencer to saber fencer to become a pioneer in a new form. For this, she had to move with her older brother from Alma-Ata to Moscow.

The Great’s talent manifested itself almost immediately. Already at the age of 17, Sophia got into the Russian national team and soon began to go to prestigious tournaments. The fencer won her first title in 2003 – she became the European champion in the team. Since then, Velikaya did not end a season without major victories. The only exception is 2013 and 2017, which Sophia devoted to the birth of children. And 2020, when international tournaments were canceled due to coronavirus. Until today, the titled athlete has won eight gold medals at the World Championships, 14 at the European Championships, as well as two personal silver medals and a team gold at the Olympics. 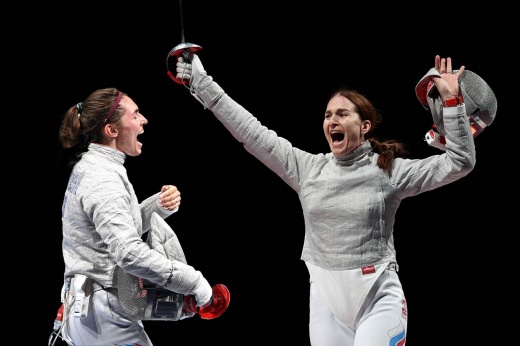 Our saber fencers are just space! They again staged a Russian final at the Olympics

Sophia has the most difficult relationship with the Games. For each Olympiad, the Great approached one of the favorites, but at the last moment something constantly did not work out. The first Games happened for a fencer in 2008. Sophia confidently reached the semifinals, but in the end she lost both fights for medals and remained in an offensive fourth place.

In London, the Great was targeting gold. Everything went to this. The Russian woman again confidently reached the semifinals, where she met her eternal rival from Ukraine Olga Harlan. And Sophia won that duel with a score of 15:12! Now the path to victory was cleared for her, because in the final, the completely unknown Kim Ji Young was waiting for her. But, apparently, the Great dream was not destined to come true. The Korean woman presented one of the main sensations of the Games and left the Russian woman with silver. London ended for Sophia with tears.

By the Olympics in Rio the Great became even more confident and stronger. But to replace her, talented compatriots, among whom was Yana Yegoryan, have already begun to grow up. The eternal rivals Olga Harlan and Mariel Zagunis have not gone anywhere either. Despite this, Sophia confidently reached the final, in which she was to meet with Yegoryan. On the way to sensational success, Yana defeated many venerable champions, and the Great was no exception. The fight between compatriots was completely equal. Everything was decided by one single blow delivered by Yegoryan with a score of 14:14.

“When not my lantern came on, its color immediately hit my head. But then I cooled down a little and realized that losing to a compatriot is another matter. It is easier than some foreigner. You can say that I completed the minimum program, but one injection was not enough to reach the maximum! ” – Sophia said after the defeat.

In Rio, the Great was still able to partially fulfill her dream – Sophia became the Olympic champion in the team. But the fencer could not feel full satisfaction from her achievement.

Offensive defeat in Tokyo and heading for Paris

After the Olympics, the Great went on maternity leave, and then returned in pursuit of her dream. The Tokyo Games are already the fourth for the athlete.

“You know that I have no personal gold from the Olympics. There were two second and fourth places from three previous Games. I confess that if I had won Olympic gold, I would have ended my career long ago. But I cannot leave without trying to achieve this victory, “Sofia confessed to the Championship. 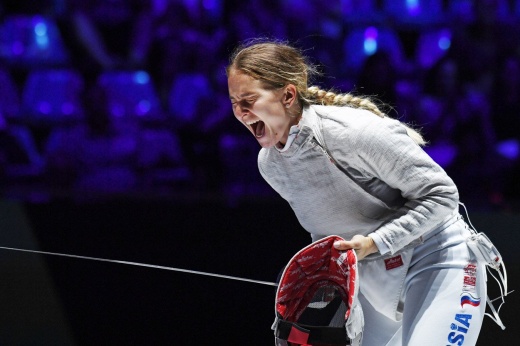 “The postponement of the Olympics was a blow.” Sophia Velikaya, the flag bearer of the national team – about superstitions and gold

But the personal Olympic gold spell worked for Great and Tokyo. Confidently reaching the finals and defeating the no less legendary American Zagunis along the way, Sofia again fought for gold with a young compatriot. And again she was defeated.

Four Olympiads, three lost finals – the real drama of Sophia the Great. But the famous saber fencer does not even think to give up. She has already announced that she will prepare for Paris 2024. And there she should definitely be rewarded for perseverance and love for sports.