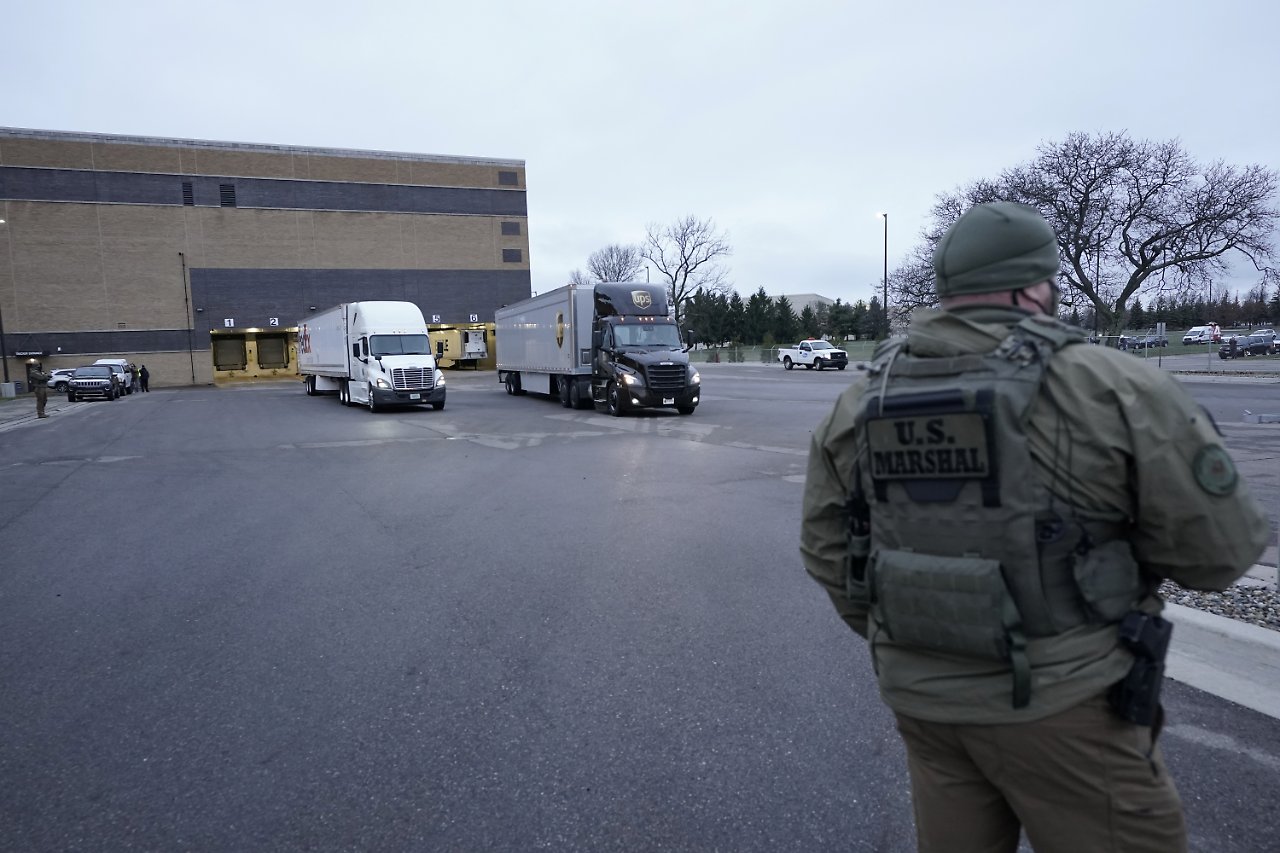 With star guard John­ny Juzang fouled out, Jaquez and David Sin­gle­ton took con­trol in over­time. Jaquez curled in a jumper to make it 74–68, then drilled a 3‑pointer to make it 77–70 moments lat­er. Singleton’s free throws made it 79–70 with under a minute to go, and all UCLA (21–9) had to do was put the game away from the foul line.

After beat­ing Michi­gan State in over­time just to escape the First Four, the unher­ald­ed Bru­ins are head­ed to the Elite Eight for the first time since 2008. They’ll face top-seed­ed Michi­gan on Tues­day night for a spot in the Final Four.

UCLA thought it had the game won in reg­u­la­tion when Cody Riley’s lay-in made it 63–62 with 14 sec­onds left, and Her­bert Jones — a 75% foul shoot­er for Alaba­ma — missed both of his attempts with 6 sec­onds left.

Sin­gle­ton was fouled and made two free throws for UCLA, push­ing the lead to 65–62 with 4 sec­onds to go. But that still gave the Crim­son Tide enough time to find Reese, whose tying 3‑pointer splashed just before the buzzer.

Jules Bernard also scored 17 points, Sin­gle­ton had 15 and Juzang and Tyger Camp­bell added 13 apiece as the Bru­ins gave coach Mick Cronin his first trip to a region­al semi­fi­nal in 18 years as a col­lege head coach.

See Also:  Will there be a nasal spray against corona in the summer? Expert assesses

Jahvon Quin­er­ly scored 20 points and John Pet­ty Jr. had 16 for the Crim­son Tide (26–7), who have lost eight of their nine games in the Sweet 16. Their only Elite Eight appear­ance was in 2004 — six nation­al titles ago for their foot­ball program.

With the sun set­ting through the cleresto­ry win­dows of Hin­kle Field­house, cast­ing a warm glow on the few thou­sand fans inside, the school known for its cham­pi­onship pedi­gree on the grid­iron struck the first blow on the hardwood.

The Crim­son Tide jumped out to an ear­ly lead, even after Jones picked up two offen­sive fouls in the first 41 sec­onds, as their bril­liant back­court set the tem­po. Quin­er­ly kept break­ing down the Bru­ins’ perime­ter defense, and Ellis did his best imi­ta­tion of Pet­ty, the school’s career 3‑point leader, by hit­ting step-back 3s.

For a while, Juzang sin­gle­hand­ed­ly kept the Bru­ins in the game.

The trans­fer from Ken­tucky made enough bas­kets to slow down Alabama’s up-and-down approach, and that allowed UCLA to turn the game into a half-court affair — or as Cronin calls it, a “judi­cious” style of play.

Then the rest of the Bru­ins got involved.

Sin­gle­ton came off the bench to bury two 3‑pointers. Jaquez, the hero of their First Four win over Michi­gan State, knocked down his own jumper. And Bernard hit a trio of 3s, turn­ing one into a four-point play with a foul and the last of them giv­ing UCLA a 40–29 lead head­ing into the lock­er room.

Alaba­ma prompt­ly wiped out its deficit with an 11–0 run to start the sec­ond half, start­ing a back-and-forth clash over the final 15 min­utes between a pro­gram that’s no stranger to March Mad­ness and one try­ing to prove it belonged.

Turned out that wasn’t enough. It took five more min­utes to decide.

The Bru­ins will play the top-seed­ed Wolver­ines for a spot in the Final Four. UCLA has beat­en Michi­gan in three of their four NCAA Tour­na­ment games, includ­ing the 1965 nation­al cham­pi­onship in Port­land, Oregon.