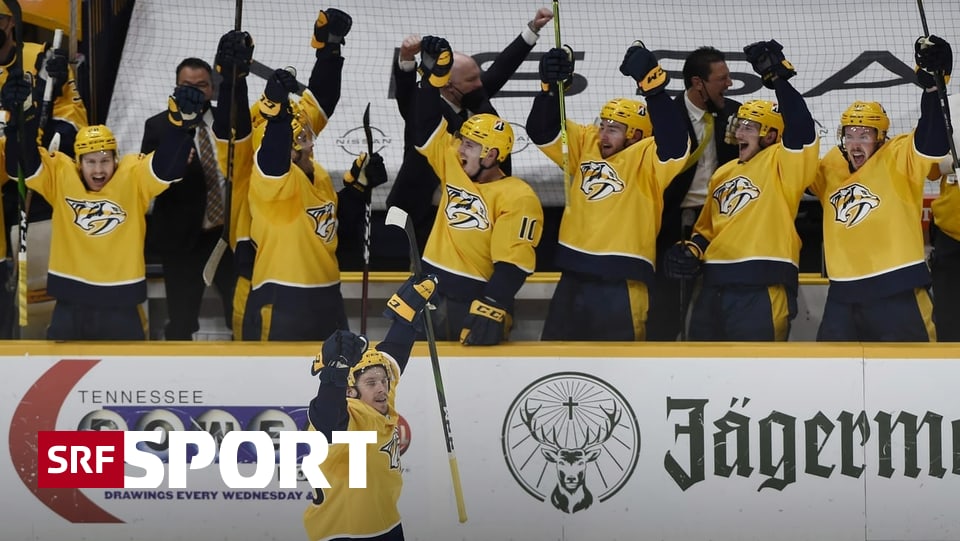 In a qualifying game that is still outstanding, the Nashville Predators made it into the playoffs perfectly. The team around Captain Roman Josi celebrated a 3-1 win at home against the Carolina Hurricanes. This means that the “Preds” can no longer be overtaken by the Dallas Stars.

«I’m so proud of the boys. It was hard work. Of the last 20 games, each was somehow really important, each had a playoff character. Everyone did their job very well », said a delighted Captain Josi after qualifying for the playoffs.

In the second round (best of 7), Nashville will meet Carolina again with Nino Niederreiter. The last qualifying game will also take place between these two teams.

As nice as the success for Nashville is, the Swiss national coach Patrick Fischer must have taken note of it with a crying eye. Josi, his most important field player, will almost certainly not be available to him for the World Cup in Riga (from May 21st). Due to the Corona guidelines, a late nomination hardly makes sense even with a quick playoff-out.

Meier with a wonderful hit

With Timo Meier, an important striker from overseas should join the national team. With the San Jose Sharks, the Appenzeller no longer has any playoff chances.

On the night of Sunday, it set off another defeat for the Californians. At home, the Sharks lost 4-5 to the Arizona Coyotes in extra time. Meier scored his 12th goal of the season in the 26th minute after a wonderful individual performance.

Connor McDavid scored not his 12th but his 32nd goal of the current season. The Edmonton superstar also collected 3 assists in the 4-3 home win over Vancouver. Thanks to these 4 points, McDavid has an unbelievable 100 points after his 53rd game of the season.

Open the boxClose the box

The last time Pittsburgh legends Mario Lemieux and Jaromir Jagr scored at least 100 points in the first 53 games was 25 years ago. If the current regular season would normally consist of 82 games and not just 56 games, McDavid would be on the way to 150 qualifying points. “That was really fun,” said the 24-year-old after the game.