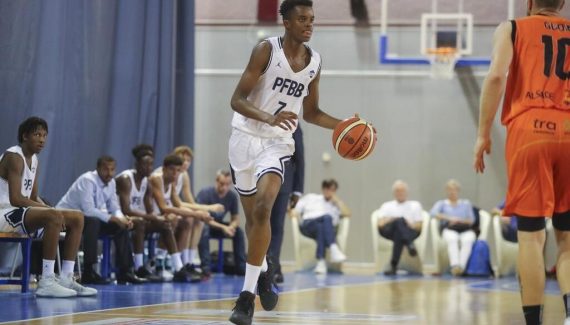 “Coach Tommy Lloyd and his staff were essential. He recruited me when he was in Gonzaga and he offered to come to Arizona on his first day of work there ”, explains Adama Bal south ESPN. “He showed me every step of the way how much he wanted me. He has an incredible track record for developing international prospects into NBA players. I was able to speak to Joël Ayayi and Ronny Turiaf among others, who told me very good things about his account. “

Like Joël Ayayi precisely, Adama Bal made the choice to come very young in NCAA, from 17 years old, where he will therefore find Tommy Lloyd, Mark Few’s assistant at the Zags for the last twenty years, who has just obtained his first main coach job. It is a daring bet for the one who had signed a training agreement with Le Mans, but a choice that may pay off for the future because the young Frenchman will have more time to adapt to American life and to develop physically.

A member of the under-16 team that won the silver medal at the 2019 European Championship, Adama Bal played this season with the Federal Center, where he shot 10 points, 2 rebounds and 2 assists in 27 minutes (18 games). He even turned 16 points on average over the month of February in Nationale 1.

“It was all about opportunity in the end. I had no clear intention of going to the NCAA and was really thinking about going pro but I didn’t have a lot of offers in France. So when Arizona made this offer to me, with the level of infrastructure, staff and development plan, it was really hard to miss it. “

Among the Wildcats, Adama Bal will join a workforce worthy of a Bennetton ad with Oumar Ballo, the Malian interior arriving from Gonzaga, Pelle Larsson, the Swedish transfer back from Utah, but also Bennedict Mathurin, the Canadian from Haitian origin, Kerr Kriisa the Estonian, Azuolas Tubelis and Tautvilas Tubelis, the two Lithuanian twins and finally Christian Koloko the Cameroonian.

“Having three other players who speak French and seven international players will clearly help. I think there will necessarily be a period of adaptation at the beginning. But I have already spoken to Bennedict and Oumar several times on the phone ” thus concludes the young French basketball player.