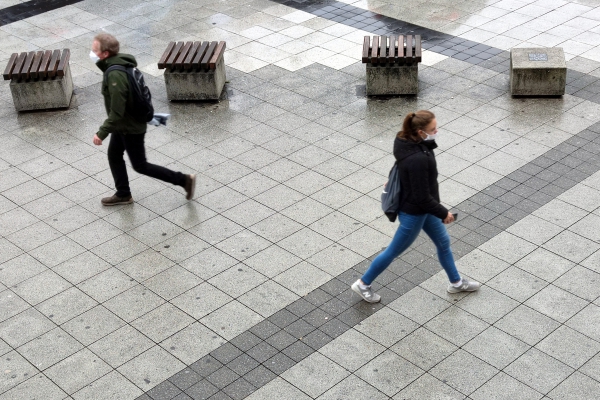 In the discussion about a decline in willingness to vaccinate at low incidences, the chairman of the World Medical Association, Frank Ulrich Montgomery, warns of a possible lockdown in autumn.

“There is already a bit of talk in the background noise of the impending fourth wave in autumn,” he told RTL / ntv, “that is not scary.” To the extent that we slacked off with vaccinations in the summer , lockdown measures will have to be reintroduced in the fall. “In order to have permanent peace of mind from the virus, we need a vaccination quota of 80 percent of the population,” said Montgomery, “we can only do this through conviction”. He considered compulsory vaccination “not so bad”, but it was not enforceable in Germany.

In view of the spread of the virus variants Alpha (formerly: “British”) and Delta (formerly: “Indian”), the modeler (creates numerical modeling) Anita Schöbel considers it possible that the number of infections will rise again from autumn and herd immunity may even increase is not achieved. “A year ago we still assumed that the R-value would fall below 1 when 70 percent of the population had been vaccinated or recovered,” said the head of the Institute for Industrial Mathematics of the Fraunhofer Society to the “Editorial Network Germany” . “Unfortunately, that’s no longer true.”

Because Alpha and Delta are more contagious than the original variant of the virus, the proportion of the immunized population must now be higher. “The estimates are currently about 80 percent for the alpha variant, the proportion is probably even higher for the delta variant,” explained the mathematics professor, who also conducts research at the Technical University of Kaiserslautern.

See Also:  New Amsterdam: in what other series and movies did you see these 4 actors of the series | Spoiler

The virus variants also influenced vaccination protection, warned Schöbel. “Depending on the vaccine and virus variant, the protection against the variants Alpha and Delta is between 60 and 90 percent,” she told the RND. “People who have been vaccinated can therefore get the disease with a certain probability despite being vaccinated and also pass the virus on.”

If the R value remains above 1, according to the statistics expert, this means that the virus will spread to all unvaccinated people who have not yet suffered the disease themselves. This occurs “as soon as we drop the corona measures completely and many people meet again without masks in closed rooms or at large events,” said Schöbel. (dts news agency)

Berlin – Charité chief virologist Christan Drosten has warned of a devastating corona wave after the summer and calls for an immediate increase in intensive care beds. “In the …