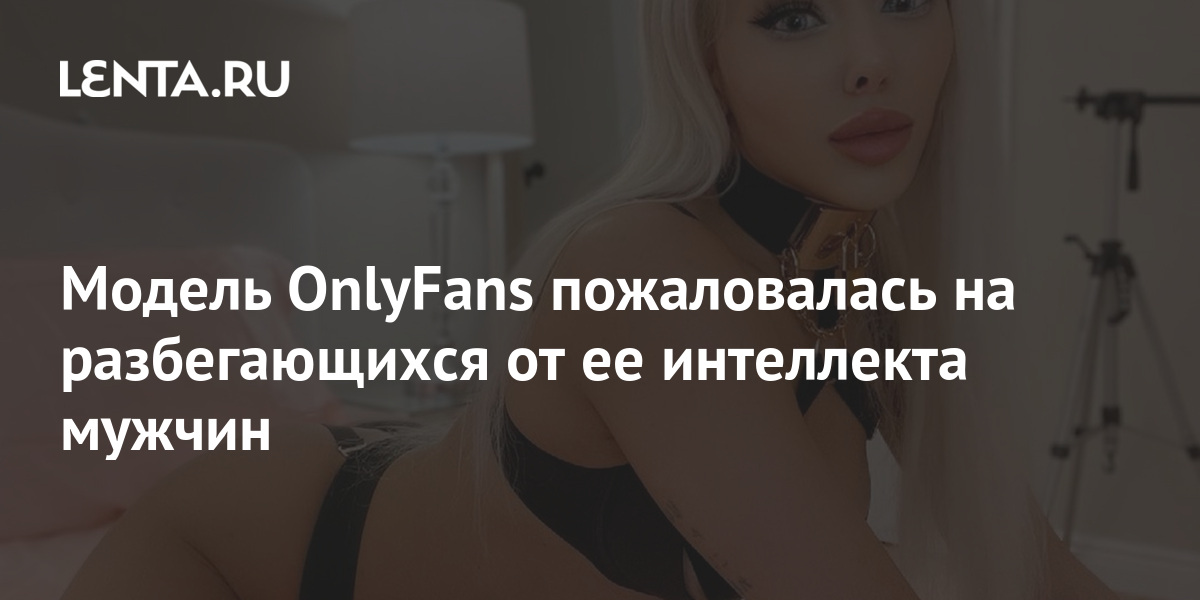 An American model working for the paid content service OnlyFans complained that men flee when they find out about her intelligence. Her story is published by the Mirror.

New Yorker Candice Kloss revealed that she joined the Mensa high IQ organization at 17. She did well in school and loved subjects that her classmates hated — math and science. Kloss learned the periodic table at the age of eight, just for fun.

At the age of 17, the girl entered the University of Massachusetts at the Faculty of Psychology, but soon left her studies for the sake of work. She later tried to get her diploma again, but left to become a model.

He fell in love with a girl from a sex chat. Passion drove him to theft and murder of his family

Kloss’s IQ is 136, which makes her the owner of “very high intelligence” on the scale of mental development. The American woman says that her work as a model gives people the wrong idea of ​​her, and many men get scared when they find out how smart she is. “I tried not to tell people about it. Only close friends knew about my IQ level, ”said Kloss.

The American added that although she was very fond of studying as a child, while she was “shy and awkward”, but working as a model made her more self-confident.

Now Kloss is not going to return to university, however, in addition to working as a model, she successfully plays on the stock exchange, which brings additional income. On OnlyFans, a woman earns about 21 thousand dollars a month (about one and a half million rubles).

Earlier it was reported that a resident of the American city of Birmingham, Alabama, earned more than a million dollars by humiliating men. In February 2020, she opened an account with OnlyFans and began to take money for humiliating men. “At first, I couldn’t believe that you could make a living by insulting people on the Internet,” the woman admits.