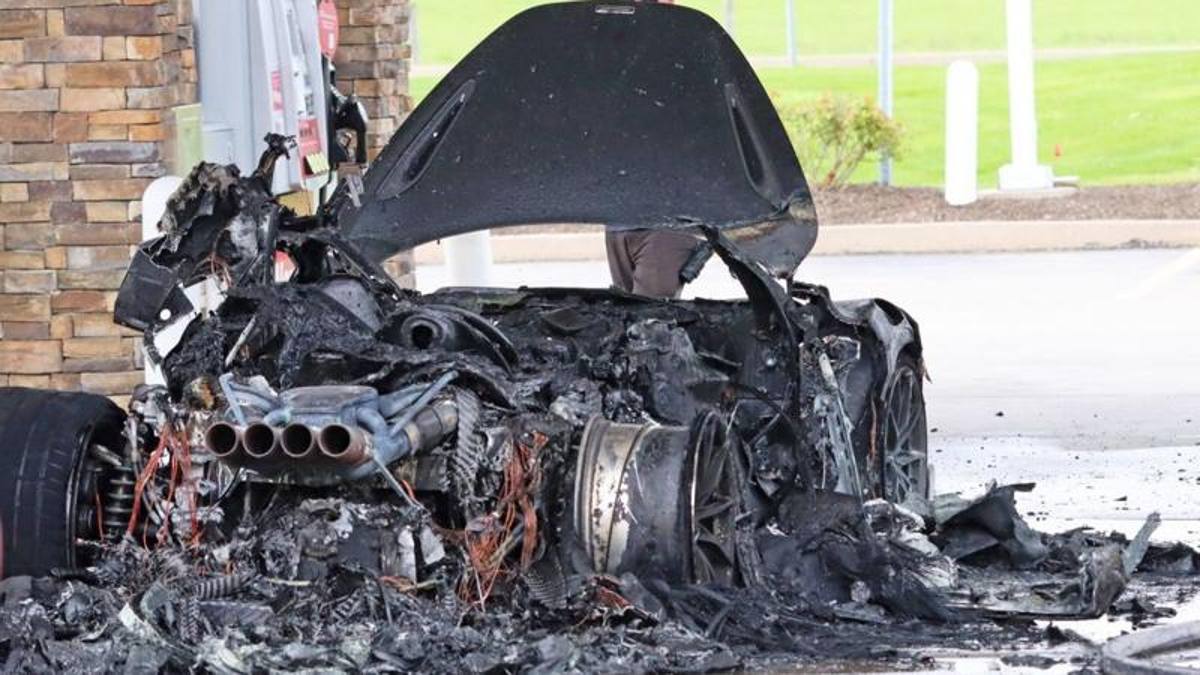 The accident near a petrol pump in Pennsylvania, in the USA: the 463,000 euro supercar (only 750 units on the market) was demolished by flames, but luckily no one was injured

He had bought a high-quality McLaren 765LT to whiz on US roads in the north-east of the country, but only had the pleasure of driving 100 miles before seeing his supercar wrecked in a gas pump. A mishap that will cost the owner very dearly, given that there is only a pile of metal and plastic blackened by the flames left of his car, after it burned in Upper Gwynedd, a municipality in Montgomery County, Pennsylvania.

Explosion avoided by a whisker

As reported by the local newspaper North Penn Now, the fire occurred at the “Wawa” gas station. Once there, the firefighters found the car parked nearby and completely engulfed in flames, which were dangerously on their way to the petrol pump. Fortunately, no one was injured or poisoned by the flames, just so much fear and a probable explosion avoided. The Upper Gwynedd firefighters did not disclose anything about the dynamics of the accident, with the causes still to be ascertained.

Two hours to quench the flames

It took the Upper Gwynedd firefighters two hours to appease the flames, aided by units from the North Penn Fire Company, the Montgomery Township Fire Department and the Upper Gwynedd Police Department. The fire was also immortalized by the newspaper photographer, who then tracked down and interviewed the owner of the vehicle. The McLaren 765LT, one of the 750 examples produced so far by the Woking brand, had been purchased a few days ago and had a value of 560,000 dollars (more than 463,000 euros). A jewel powered by a 4.0-liter twin-turbo V8 engine – with an output of 755 hp at 7,500 rpm, with 800 Nm of torque at 5,500 rpm – which no longer exists.