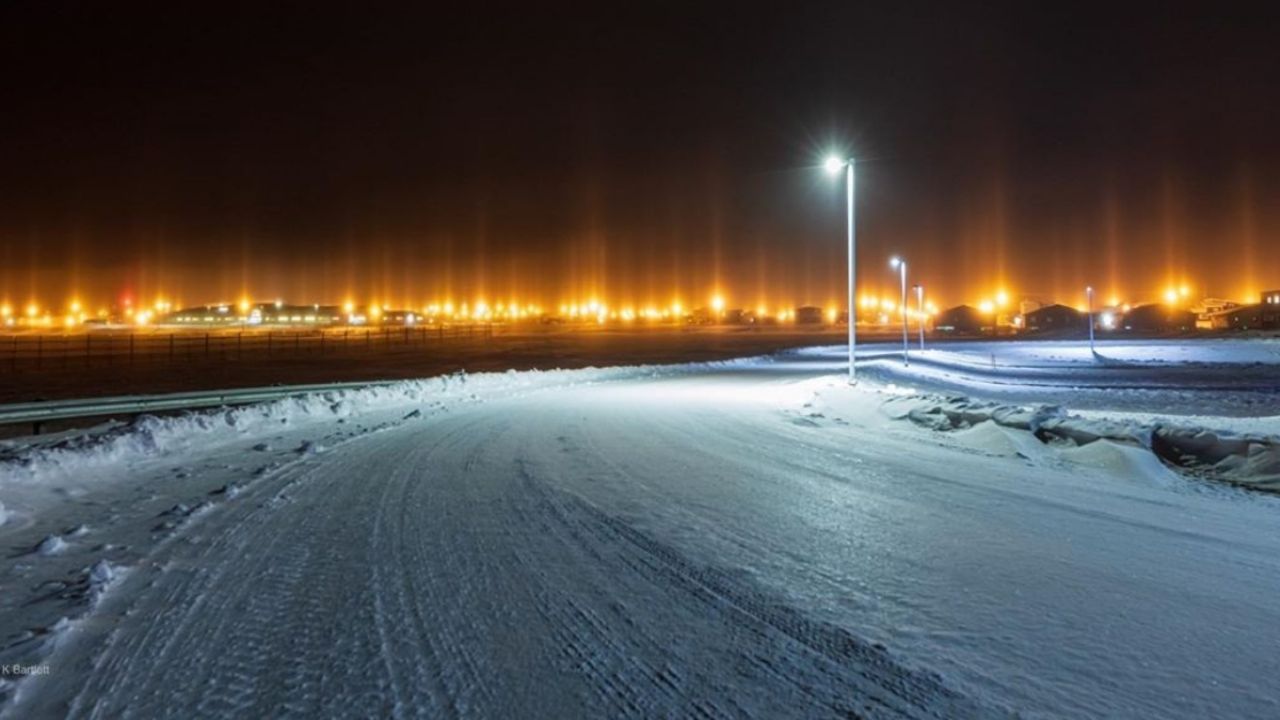 Can you ever imagine living in a place where nights last more than 24 hours and it is not possible to see the sun for several days? Well, this is the situation that every year the City of Utqiagvik, much better known as Barrow, an American town located in the state of Alaska, at the northern tip of the Continent.

Surely and more if you are a fan of horror films or vampires in particular, the situation of several days at night in total darkness sounds familiar to you, since it is part of the plot of the film and the comics “30 Days of Night”However, if you just think this is fiction, you are wrong. The natural phenomenon actually exists and this is known as Polar Night.

According to the National Geographic site, the Polar Night is a natural phenomenon caused by Earth’s axis tilt, in which the The absence of sunlight lasts for more than 24 hours in the Arctic and Antarctic Circle. During the polar night, the Sun does not reach a sufficient height to appear above the horizon in the regions closest to the poles, causing weeks and even months of darkness.

During the polar night, the cold intensifies and the average temperature reaches about -20º C in January; however, the residents of Barrow continue with their daily routine, although they accumulate more time indoors (or on visits that last for days) due to the inclement winter.

On the other hand, you should know that although in a media way, the city of Barrow is the best known in terms of this phenomenon, this is possibly because it is where this phenomenon of absence of light lasts more days, since in Barrow the Polar Night has an average duration of 66 days.

Some other cities with Polar Night are:

Where is Barrow located?