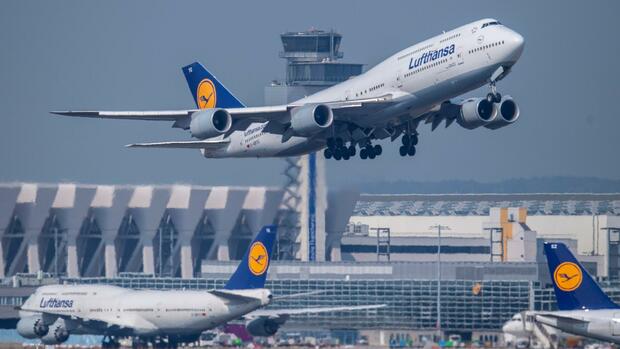 Frankfurt, Zurich Lufthansa is expanding its range of holiday flights in the hope of easing travel restrictions in the corona pandemic. With around 20 destinations from Frankfurt and 13 from Munich, it is the most extensive range of classic holiday destinations in years, Lufthansa said on Thursday.

“Our tourist program for summer 2021 is stronger than ever before,” said Lufthansa board member Harry Hohmeister. “We assume that many countries will loosen travel restrictions towards summer after more and more people have been vaccinated.”

The longing for vacation is great. Corona vaccinations and tests as well as the hygiene concepts of airports and airlines made air travel possible. A strong catch-up effect can therefore be expected in summer.

Like all airlines, Lufthansa is still in crisis because of the pandemic. The group is protected from bankruptcy with nine billion euros in government funds from Germany, Austria, Belgium and Switzerland.

Top jobs of the day

Find the best jobs now and
be notified by email.

Lufthansa is relying more on vacation flights than it was before the crisis, because more profitable business trips will probably not be in demand for much longer because of the meetings and conferences that have now been relocated to the Internet. With its program, the airline flies to many destinations around the Mediterranean and the Caribbean in the summer, which Condor and TUI also fly to.

In Europe, these include the Canary Islands, Greece, Italy, Tunisia and Egypt. The new tourist long-haul airline “Eurowings Discover” is to take off to long-haul destinations such as the Dominican Republic, Kenya, Mauritius or Anchorage in Alaska.

Swiss is also expanding its range

The Lufthansa subsidiary Swiss is also expanding its flight schedule for the summer. According to current plans, the offer will be expanded to around 65 percent of the capacities from before the Corona crisis between July and September, the company announced on Thursday in Zurich.

From Zurich to Berlin there will be more flights in the future, up to six a day, it said. Miami in the US state of Florida will be served five times a week from March 28th. Swiss also wants to add Tallinn in Estonia (from June 25) and Billund in Denmark (from July 2) to its program.

A total of 85 destinations will then be served from Zurich from July. In 2019, Swiss flew to more than 100 destinations from Zurich. It carried 19 million passengers with around 90 planes.

All tickets could be rebooked as often as required and free of charge until May 31, as the airline reported. After this date, another change of booking is possible free of charge.

Current figures from the international airport association ACI illustrate how weak aviation is currently due to the pandemic. In the first two weeks of February, airports in Europe counted 89 percent fewer passengers than a year ago, shortly before the global corona outbreak. That was 157 million fewer passengers.

From Europe there have been a good 6,900 fewer flight connections, and since November 900 have been dropped. In Germany, the decrease in the number of passengers was 90 percent. On Thursday at the EU summit, the aviation and tourism industry called for a coordination of the corona measures in the European Union as well as strategies for the resumption of travel in Europe.

More: The shares of many airlines have risen sharply recently. Investors and airline managers are extremely confident about the coming months.