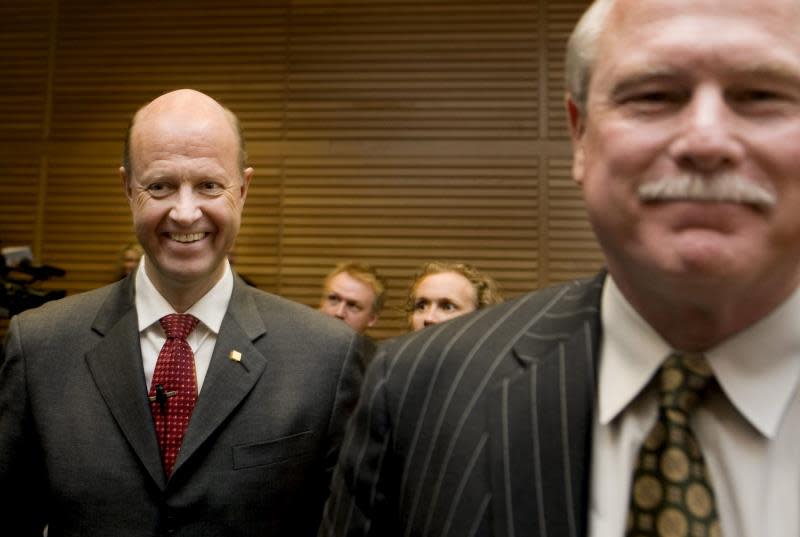 Los Angeles, Jun 10 (EFE News) .- Senator Michael Bennett, Democrat of Colorado, and Rep. Bob Simpson, Republican of Idaho, joined this Thursday in a bipartisan call to voters in five states to press for the approval of immigration bills that would open a path to citizenship for millions of undocumented people in the United States.

The lawmakers’ petition, supported by the American Business Immigration Coalition (ABIC), religious leaders, community activists, and state legislators from Utah, Colorado, Nevada, Arizona, and Idaho, highlighted the urgent need for approval of the three immigration bills currently they are in Congress.

Bennett urged voters to “call the senators” from these five Midwestern states to ask for passage of the Farm Workforce Modernization Act (HR 1603), the US Promise and Dream Act. (HR6) and the Secure Act.

The Democratic senator, who led the Group of 8 that drafted the immigration reform bill in 2013, and did not win support in the House of Representatives, warned that “you cannot wait another ten years” to fix the immigration system.

For his part, Simpson pointed out that “the elements to make a bipartisan pact are there”, and that “the time to act is now.”

He highlighted the importance of immigrant workers, especially in agriculture, the most important sector of the Idaho economy. “Americans do not want to do these jobs,” he valued.

Even before the covid-19 pandemic in Utah there were more jobs available than people to fill them. While in Colorado, Nevada and Utah, the agricultural workforce has been reduced by almost 37%, and Arizona is not far behind, according to data shared by ABIC.

Farmers in this area are losing their crops because they do not have someone to help them work their crops, the legislators denounced.

Immigrants make up 9.1% of the population in Arizona, Idaho, Utah, and Colorado, and power key industries like agriculture, hospitality, restaurants, and healthcare in these states.

Simpson pointed out that the overwhelming arrival of immigrants to the border does not have to impact the approval of these projects. “On the contrary, they are going to help secure our border,” he said.

Former Arizona state legislator Bob Worsley, current member of the ABIC board, joined the call by assuring that these bipartisan agreements can be achieved.

Worsley, a Republican, gave as an example the progress made in Arizona to integrate immigrants into the state, after a time when they were rejected.

The Farm Workforce Modernization Act and the Promise and Dream Act were passed by the House of Representatives in March, and the Senate is expected to begin discussion of these proposals next week.