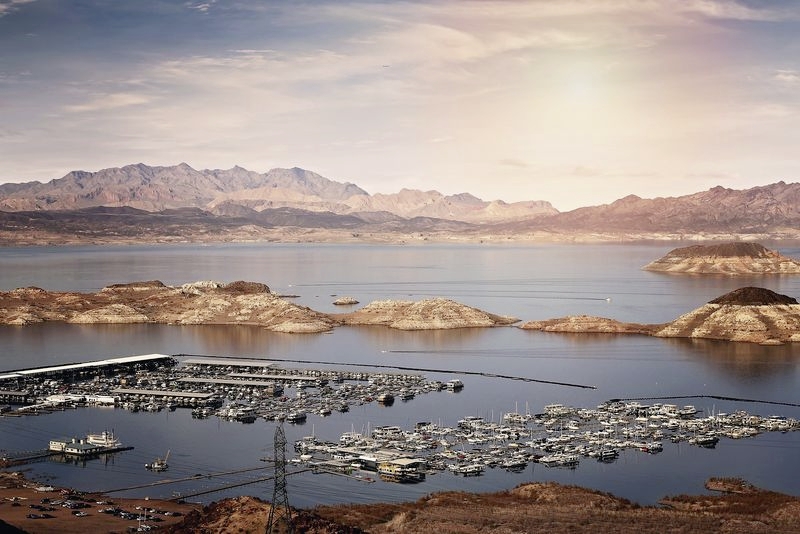 In the United States, Lake Mead has dropped to its lowest level since the Hoover Dam was built in the 1930s. It is the largest reservoir in the USA.

The lake, located near Las Vegas on the border between the states of Nevada and Arizona, is of great importance for the drinking water supply of numerous cities as well as for agriculture in Arizona, Nevada and California.

Years of drought and the rise in temperatures caused by climate change have caused the inflow into the lake to shrink and contribute to the large imbalance between the demand for water and the dwindling supply of the Colorado River, which feeds the reservoir.

Now the water level has fallen below the previous low of 2016, as reported by USA Today. In contrast to then, the tributaries are now so exhausted that the level of Lake Mead will continue to decline until 2023, according to forecasts. It currently still has 36% percent of its actual capacity.

The government is expected to officially declare water shortages in the summer, triggering capacity cuts in water allocations for Arizona, Nevada and Mexico.

The continued decline in the reservoir should “sound the alarm bells,” said Felicia Marcus, a Stanford University researcher involved in the Water in the West project. The days of business-as-usual are over. Everything must now be done to reduce water consumption.