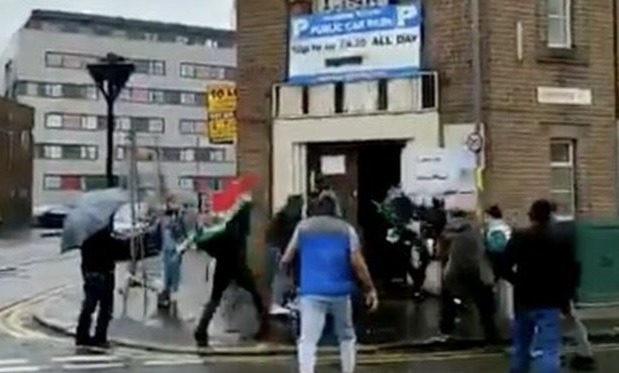 Friday 18 June, some alleged Iranian dissidents living in Great Britain have brutally beaten a Iranian woman who was trying to enter the polling station a Birmingham, in England.

Contrary to diplomatic tradition and the duties of the host government, the British government and police have not taken the necessary steps to secure the elections.

Since the beginning of the Islamic Revolution, the terrorist sect of “hypocrites” Mko it operated freely in Britain and repeatedly attacked the Iranian embassy and citizens, and the British government supported these terrorists.

In line with anti-Iranian behavior, in recent months, the British government, supported by media such as BBC Persian, Iran International, Me and You, etc., has been spying on Iranian elections, claiming to protect women’s rights.

The lack of reaction from the media and the British government to the beating of the Iranian woman is in itself evidence of the falsity of their human rights claims against Iranian women and shows that their demand is not just to help defend women’s rights, but simply a political and psychological game for anti-Iranian purposes.

The human rights bodies of the United Nations and the European Commission on Human Rights have remained silent in the face of this inhumane crime and the blatant violation of democracy in Britain. If a Western woman had suffered such an attack in a corner of the world, would these institutions still remain silent or would they issue a condemnation statement?

This cruel attack unmasks the lies of the false human rights defenders in the West and has made them more dishonored by describing their instrumental view of women and human rights.

See Also:  Sonia Hicks is the new president of the English Methodist Church

The Mko was established in the 1960s. He launched terrorist campaigns after the Islamic Revolution of 1979 against the Islamic Republic. Iran accuses the group of being responsible for the deaths of 17,000 Iranians.